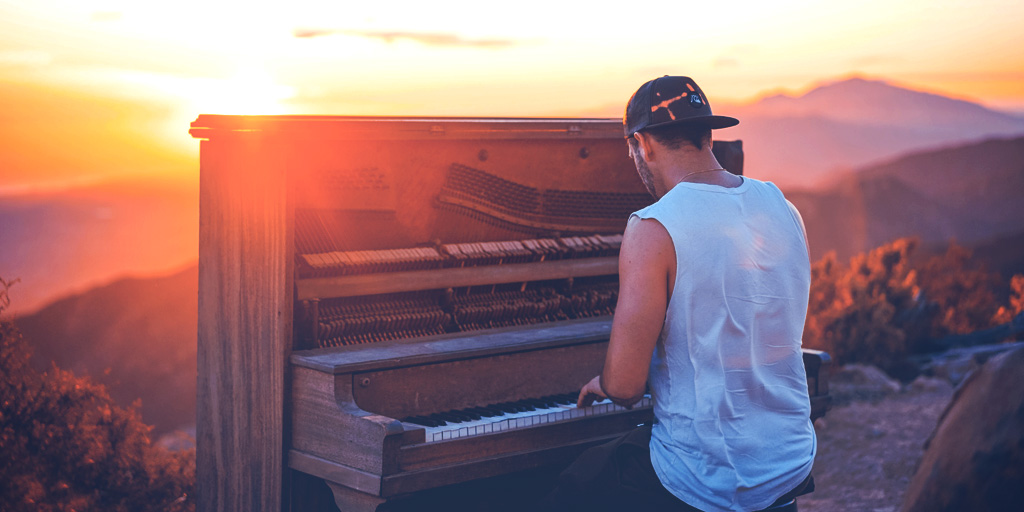 Songwriters have a special place in our culture. If you’re a songwriter, you’re not simply playing music, you’re imbuing our lives with a soundtrack that is evocative, thought provoking, and deeply meaningful.

Most bands have a songwriter, or several, and most songwriters have been in a band before. But being a songwriter can be a more feasible career choice in the long run.

Here’s a look at some of the different types of job opportunities that are available to songwriters.

This is someone who writes and performs their own music. Although it’s one of the easiest ways to start playing music, it can be difficult to monetize. Everyone wants to know: How do I make money with my music?

People need to be passionate about your music and be willing to spend money on you. You need to build a following that is excited and invested in what you’re doing. This is easier said than done.

Touring can be a great way to grow your following. It’s tough, but there are a lot of good resources online to help you. There are DIY Facebook groups for just about every major US city teeming with helpful people.

[Video: How to Book a Tour (Without a Booking Agent)]

2. Songwriter in a band

This is very similar to being a performing songwriter, except you’re working within a band. In addition to working out creative roles in the band, you’ll need to work out how you’re splitting up the publishing credits and royalties.

A clear, sober conversation should take place early on so no one gets confused. Just because you bring in a skeleton of a song, doesn’t mean you own all of the fleshed out final product.

3. Songwriter for other artists

This is a more reliable way of making money as a songwriter, because often you’re working with an artist who already has an audience. You’ll be writing with someone else in mind which can be difficult at first, but many of music's greatest success stories are between a pop star and a songwriter.

Max Martin has written dozens of number one hits from The Backstreet Boys and Britney Spears, to contemporary hits such as “Can’t Feel My Face” by The Weeknd and “Bad Blood” by Taylor Swift. Songwriters don’t always enjoy the same level of fame as stars, but often have more longevity in the music industry.

This is very similar to being a basic songwriter, but you’re often working on a one-off basis. In this case, instead of being paid in publishing and royalties, you’ll get paid an hourly rate or a flat fee. There are many online resources that you can use, such as Upwork, that will let you find one-off songwriting jobs.

Staff Writer is a bit of a misnomer. A staff-writer is neither an employee nor a staff member of a publishing company, but a songwriter who has entered into a legal agreement to publish all of his or her songs exclusively with one music publisher. This can help you gain financial stability, but you also potentially lose some freedom with these agreements.

This is similar to being a songwriter, except you’re working exclusively on lyrics. This is a great fit for someone who was really into writing poetry, but needed help putting those words to music.

To be a composer, you’ll need a fairly solid knowledge of music theory and composition. Composing for film and television involves weaving emotion into the narrative, and that can be difficult to do well. Interning or apprenticing with someone who is already working as a composer in the industry is a good place to get your foot in the door.

[How to get songs placed on TV and in movies]

Do you think you can write a catchy, memorable song that’s only 12 seconds long? Jingle writers need to be adept at using melody in short catchy spurts. This means creating a memorable song with only three or four notes sometimes!

You’ll need to work closely with the creative team behind the ad campaign to write something that creates instant, memorable awareness around a product or brand.

You might think that a children’s songwriter would operate much like a typical singer songwriter, but that’s not the case. Children’s songwriters can have a much more steady income because they’re often playing in front of large groups of potential clients who will hire them to play birthday parties, holiday events, etc.

You’ll need to know your audience as well. What works for a four or five year old, won't necessarily work for a group of six or seven year olds. Most people don’t dream of being a children’s songwriter, but it can be a great way to supplement your income.

[Video: How to Book Private Gigs]

If you’re already inclined to work in theater, working as the musical director and composer for a musical or opera can be very rewarding. You’ll need to have good interpersonal skills, because you’ll be working consistently with the director and other creatives to bring the musical to fruition.

Despite what your parents might say, being a songwriter can be a viable career. Some songwriting jobs have a high barrier to entry, such as being a composer for movies, and some aren’t what everyone pictures, like being jingle writer or a children’s performer. But thousands of people make money by writing and sharing their music with the world every day.

Songwriters Association of Canada (SAC): A community of Canadian songwriters who support and advise each other. SAC also advocates on behalf of songwriters to protect the value of their work.

West Coast Songwriters (WCS): WCS provides a space for members to establish important relationships, both professionally and personally, that enhance and accelerate their development.

SongwriterLink: Works similarly to dating websites, but it's strictly for songwriting collaboration.

TAXI: An online marketplace for songwriters to find employers who need music written for a wide variety of projects.

Evan Zwisler is a NYC-based musician who is most notably known for his work with The Values as a songwriter and guitarist, and is an active member of the Brooklyn music scene.

Posted by Courtney Schumacher
Who could I contact about writing songs for others? I haven't much of a voice, myself, and my demos have been made sung by others. I currently have a choral piece being rehearsed by a group with access to a recording studio, but most of my songs are solos.

Posted by Pauline King
I found this info to be helpful. I am a songwriter. And I am limited not in songwriting but in touring or public performance since I am also a full time caregiver for my husband who is a severely disabled veteran. I love writing and performing my own music. Right now I am the writer, composer, singer, and label with full ownership of all my music. My Producer cannot keep with my work, since he tours a lot. I am currently having my music synced to videos that I have paid a video editor to create just for my music. (Check out Pauline King Music and Pauline King-Topic). The problem I see with YouTube so far is you only get a very , very small amount of money when your viewer clicks onto an ad with your music or if they view the full length of the ad. I think they use to pay by just views, but not anymore. I am not finding any media to be of any real benefit. But I keep checking and keep getting my music out. And the streamers pay nothing! To me, my writing is my job and I would really like to be paid for that job not have people think that they are entitled to it free. When you go to work, don't you like to be paid? I would like to be paid too!

Posted by Patrick
Trying to find a good, decent song-plugger. Any ideas on this?

Posted by Ashley Kaiser
How should a lyricist go about shopping their words? I checked out SongwriterLink above, but it does feel a bit too much like on line dating. How would one go about shopping to ESTABLISHED artists who are genuinely looking for good lyrics and could PAY? I read about stars who work with songwriter/lyricists, but unless you're already famous (e.g. Max Martin), where do you begin? Agents? Labels? The artists themselves (but how??)?

Posted by Michael Bowdoin
I have been a musician (guitar, bass) for 31 years. I played in several club bands in Florida &amp; Illinois. I have written well over 100 songs in this time in many different styles. Mostly rock, metal &amp; acoustic. I am looking for any band or studio that is in need of a songwriter or possibly a studio musician.

Posted by md al ma
i folk song writer, are you interested ?

Posted by Saud
Dear, The title of the song is “Lovely Hunter” &amp; it stanza starts “ I am the victim of your love &amp; will let you to hunt. If your lovely target misses,Again I will come in front”. As a classic poetry writer I want to make a business deal &amp; will provide the whole poem as I don't want to come on media &amp; wants to remain hidden.I am selling my poem as it will be super hit if any singer wants to sing thats my challenge. Waiting for your kind reply. Dear i am a writer &amp; wrote one song on valentines day &amp; a unique song which can be sung on any of the independence day i guarantee you it will be super hit so what you are waiting for if you want to make a business deal. Waiting for your kind reply. Regards,

Posted by Doak Turner
looking at the below questions - Learn the Music Business. responding to a couple questions - Songpluggers - DO NOT get scammed by a songplugger telling you your songs are great and they will pitch them for $100's of dollars a month - this is a SCAM especially if you do not know the business very well or at all. Writing songs for others - Build RELATIONSHIPS in YOUR Music community and co-write with artists and musicians in YOUR Music Community. Learn from resources mentioned. Artists are not looking for "Lyrics".. find a musician in your music community and co-write songs and learn the music biz and how it works. I will be glad to answer any questions for you or give you the resources to learn where to find the answers - that is the biggest thing - where to look to learn the MUSIC BUSINESS!! Knowledge is POWER!

Posted by SYLVESTER OSAGHAE
This is nice and very educational.Love it !!. I'M A SONGWRITER. ( R&amp;B, Soul, RockPop,...) Interested get in touch.. osaghae.sylvester@gmail.com Thanks.

Posted by Drake
Can I have some help. I want to make a love song for my crush. I am not good with just saying it, but could I have some ideas for the lyrics?