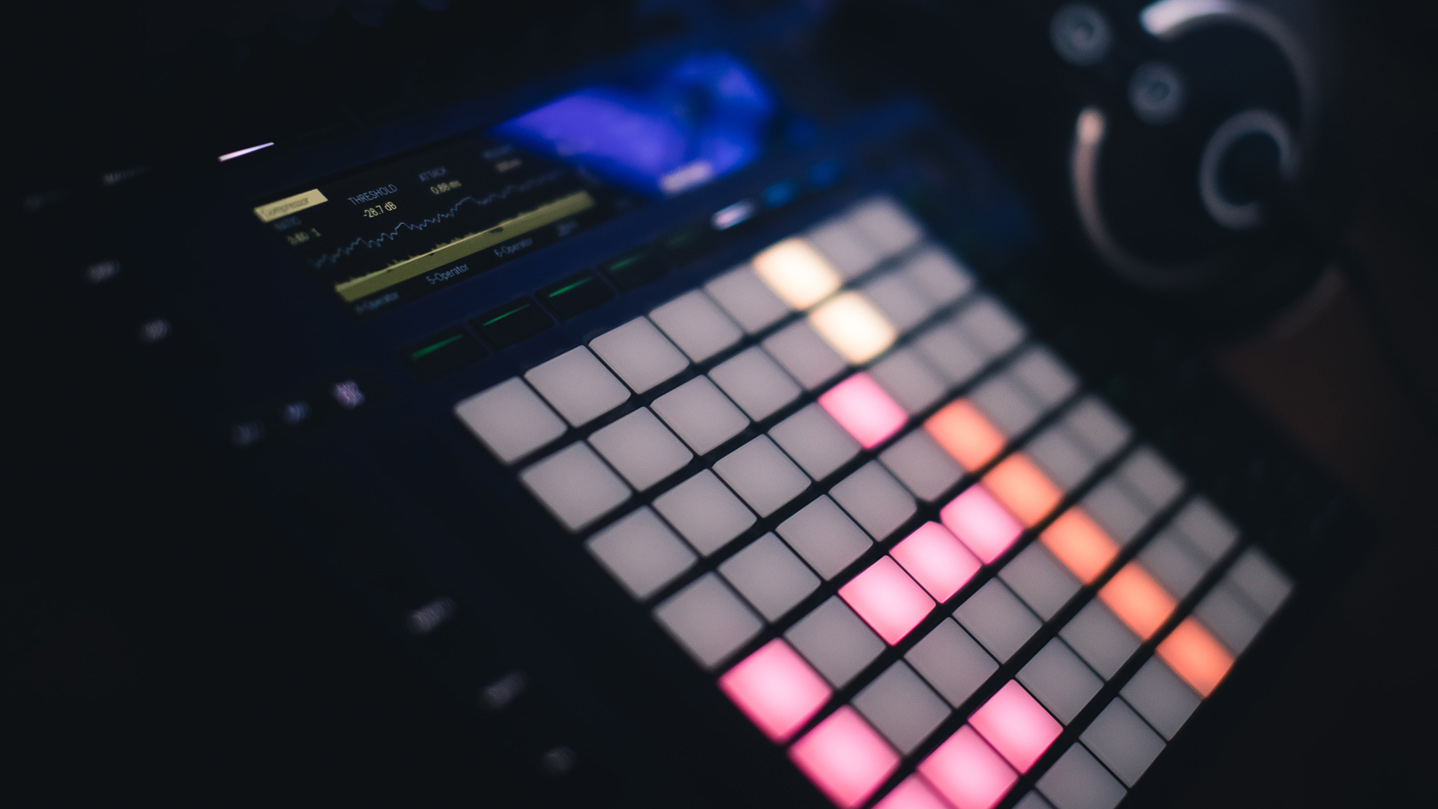 Making a great beat is easier than it’s ever been. This isn’t to say it doesn’t take skill, but everywhere you turn, there are great tools at your fingertips – sample packs, MIDI chord packs, ultra-powerful software synthesizers that cost a fraction of classic hardware, and more.

The greater challenge, for most, will be figuring out how to market and sell their creations. In a noisy world, there are plenty of distractions competing for people’s attention.

The good news is there are several great websites you can use to sell your beats online, and chances are you’ve been using some of them already.

Your website plays a central role in you selling beats online, and if anything, it’s more important than it’s ever been.

Social media platforms may come and go, search engine algorithms may change, and even laws and regulations may restrict access to certain websites…

But if you have your own website, you can mitigate against risk and ensure that you always have a relevant online presence you can send prospects and buyers to. Plus, you have complete control over your own platform.

Your website lends credibility to your name because it elevates your status as a pro, and if you take the time to develop a brand, you can even build a loyal following.

Be sure to capture the emails of your visitors by offering something for free (e.g., opt-in offer), because long-term your email list will become your greatest source of opportunity.

Also note that you can sell beats on your website commission-free, and even have control over the price, where you might not have the same control with other marketplaces mentioned below.

With a powerful, built-in beat search engine and coverage ranging from Forbes to CNBC, many would consider Airbit one of the best places to sell beats online.

You can start selling on Airbit for free if you’d like to see whether it’s for you. The Basic plan is limited, though, as you will only be able to upload 10 beats to the marketplace.

Their monthly Platinum subscription is affordably priced, and value packed, with the option to upload unlimited beats and sound packs, $100 worth of promo credit (annually), YouTube Content ID monetization, and more.

(There are other subscription options depending on how you want to use Airbit).

Airbit also features over 800,000 users, with two million plus beats sold, and over $45 million delivered to producers to date.

To make the most of Airbit, you would need to utilize the platform regularly, update it with new content ongoingly, build contacts, and promote your works well.

Basically, you get what you put into it, but if you take it seriously, you will see results.

Plus, if you're using your own Bandzoogle website to promote your music, Airbit is an integrated feature - so you can add your Airbit store quickly. It'll match your existing website design, and allow you to sell beats directly.

Facebook is trying very hard to become your go-to destination for…just about everything.

From connecting with your friends and playing games to dating and classified ads, Facebook is just the place to spread the word and find a buyer for your next hot beat.

The regular round of setting up your profile, page (pages are a little less effective these days), and group, posting daily, interacting with other people’s posts, connecting with friends, asking them to spread the word, and sending DMs to targeted prospects (even if it’s just to get an interview) should be par for the course.

Beyond that, you can take advantage of Facebook advertising to get your beats out to a larger audience with a relatively small budget.

To be fair, the complexity of the platform continues to increase, the cost of ads keeps going up, and it may take time to produce real business results with advertising (constant tweaking is necessary).

If you’re serious about using Facebook to promote your beats, be sure to study up on Facebook ads.

But even if it’s just to integrate with other platforms (e.g., Airbit), setting up a basic Facebook presence is well worth the effort. Given that Facebook has data on all of us, it’s not a bad place to mine for valuable data, either.

If you hit the right topical vein, YouTube can give you far more exposure in a short burst than just about any other social media or video sharing site out there (even podcasts, for the most part, can’t compare).

The challenge? Well, if your channel is new, and your content isn’t of interest to anyone, you’re lucky to get five to 50 views per video. That might be enough to attract the occasional buyer, but it’s not going to be enough for critical mass.

Basically, building a YouTube channel can be a slow burn.

That said, if you find your voice, format, and content focus, you can start growing your channel more consistently.

The wise beat maker knows they’re going to need to come up with a good concept for their channel, so here are some content ideas to get you started.

It might seem like Twitter is lagging in the social networking war, and while its user base might be smaller than some, the people who love it are loyal to it beyond all reason!

Does this mean you’re going to see business results from every tweet? Probably not. But it does mean you can increase your exposure for your beats in a significant way.

Alternatively, you can network with potential collaborators, prospects, media contacts, and more. This is where you’re going to see the greatest traction.

SoundCloud was built on a solid concept, and it still has one of the best, most feature-rich audio players out there. For that very reason, in addition to artists and beat makers, it has also gained favor with podcasters.

You are going to find plenty of other creators on the platform, but it’s safe to say there are also fans regularly searching for new music on SoundCloud, and if they come across your music, they may become a fan.

Generally, we recommend a more proactive approach to building a following, but it’s hard to know what sort of return on investment you’re going to get on SoundCloud. Some hit it big, but they are the exception.

SoundCloud is still very useful, though, whether it’s for networking, or for sharing your beats with bloggers and reviewers.

You can sell your beats just about anywhere online if you approach it the right way.

It doesn’t matter whether it’s:

If you can create content that engages, you can post your work or promote it through advertising on most sites.

With a focus on attracting an audience through popular platforms and sending the traffic back to your website, you can continually grow your email and prospect list.

It can be a lot of work, but if you maintain your focus, publish quality content, be sure to network, and engage commenters and those who message you, you can build up your beat making business in a relatively short amount of time.

David Andrew Wiebe is the Founder & CEO of The Music Entrepreneur HQ and author of four books, including the much-praised The New Music Industry: Adapting, Growing and Thriving in The Information Age. Wiebe has built an extensive career in songwriting, live performance, recording, session playing, production work and music instruction.

Posted by All-beats.com
thanks for the great post .... You can sell your beats online on international beats marketplace www.all-beats.com

Posted by BeatsThatBlaze.com
Beatstars.com is another good market. It is kind of like an alternative to Airbit.

Posted by Darren
Hi there, great article! I've always wondered where could I sell my beats. At the moment my beats are available for free download. You can download hundreds off free beats here: http://www.beatdreamer.com

Posted by Lou
Did someone say free beats? Hence, why good hardworking producers are struggling these days due to that "free" nonsense garbage! smh

Posted by Anonymous
Agree with Lou 100%. Cannot move none of my a beats because people giving them away.

Posted by Anonymous
Lou. I don't worry about the producers who give free beats away. Real artist don't want a free beat because most of the time they are just loops and tracks that the seller don't have rights to. Best advice I can give on selling beats is, go out and network. Talent shows, showcases, and ect. give out business cards that direct them to your site. I make over 2500$ a month just selling beats to local artist in my city.Artist prefer to be personable with their producer so you'll win over the free beat givers.

Posted by EDMHacks
Awesome post! If anyone in this thread needs a producer email me at EDMHacks@gmail.com! I make beats for artists, I produce in all genres (hip hop, all types of EDM, rock, just to name a few). Have plenty of demos so you can hear my work. I offer mixing, mastering, and distribution to major platforms such as iTunes, Spotify, and Amazon. Send me and email!

Posted by Albert
Musicosinc.com is another good market. Thanks for the good info!

Posted by Gushmoe.
Thank for all the great incite o and people you mite want to check out reverbnation.com peace and be bless

Posted by Kevin Carroll
Great info imma put it to use www.arkansawdoffproductions.net

Posted by Nick
Www.airbit.com/bluedrip_808beats Buy and support me please I lost my family member and need to sell my beats to survive. Thank you everyone..

Posted by HW Beats
Thank you for this great Blog! There are many websites to buy good beats on. Don't forget about my beatstore https://hwbeats.com.