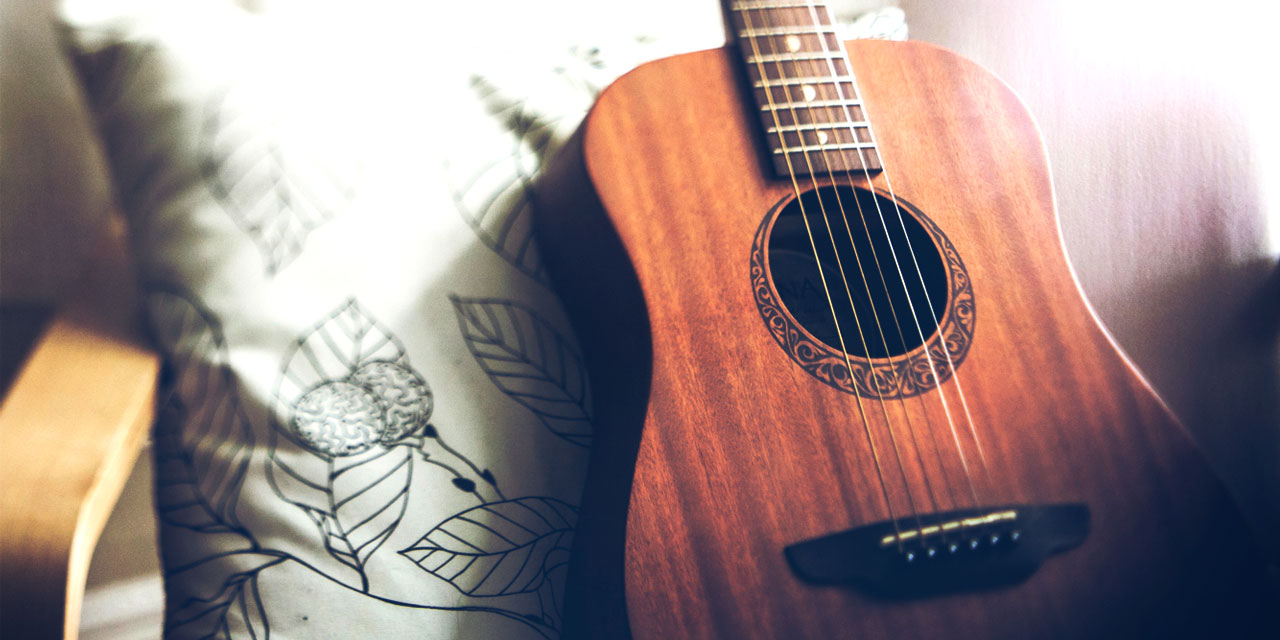 Like every artist and musician, 2020 has been a year of cancelled shows and tours for me. But, like my grandpa used to say, “There’s nothing so bad that something good can’t come from it.” One good thing for me in 2020 was having more time to work on creating music.

As I read through the headlines about COVID, I kept thinking about an album that has been on my mind and heart for years – a project with songs about substance use for those in recovery. Since I had the time, and not the money, I decided to move forward with my first fan-funded album project. For those of you who haven’t yet taken this journey, I wanted to share what I learned with you.

The choice to use Bandzoogle

I began by researching various crowdfunding platforms, like GoFundMe and Kickstarter. I made notes of pros and cons of each. When the dust settled, there were three major reasons I decided to crowdfund my album through my Bandzoogle website over these third-party sites:

Getting started with a crowdfunding campaign

I spent a lot of time thinking about how I wanted to position the album. In marketing terms this is basically how to describe the ‘why’ behind the album. Why was I doing this? Why did it matter? Why should people donate?

I created a brief video overview to introduce the album - it’s posted here as a sample. Then I also determined the levels of support and assigned a dollar value to each.

I wanted to have a reasonable budget and a goal that was actually attainable for my first crowdsourced album (under $5,000), so I decided to do an acoustic album and remix two previously recorded songs to keep costs lower. I’m fortunate to work with some very talented musicians/producers in Nashville who cut me some deals because they were off the road from touring with major artists because of COVID as well.

Since I had never done any type of fundraising, I asked a couple of friends who were experts to review my site. One key piece of feedback was that I needed to make it crystal clear how the album was going to impact those in recovery directly. For example, when a food bank asks for $10, they will often associate a number of meals ($10 = 7 meals). You know if you give $10 you are giving 7 meals. I used this model and added a number of albums gifted to those in recovery programs (example: $100 = 8 albums donated). For each level I also added bonus gifts for each person making the donation.

I created graphics and included icons that represented what was included in the donation level to make it more visual. I used the theme of ‘Angels’ and associated terms like Hope, Love, and Recovery with the donation levels. After I had everything ready, it was easy to set it up in Bandzoogle in the store as a product/service. I added a minimum price for each level for donations. See example below. 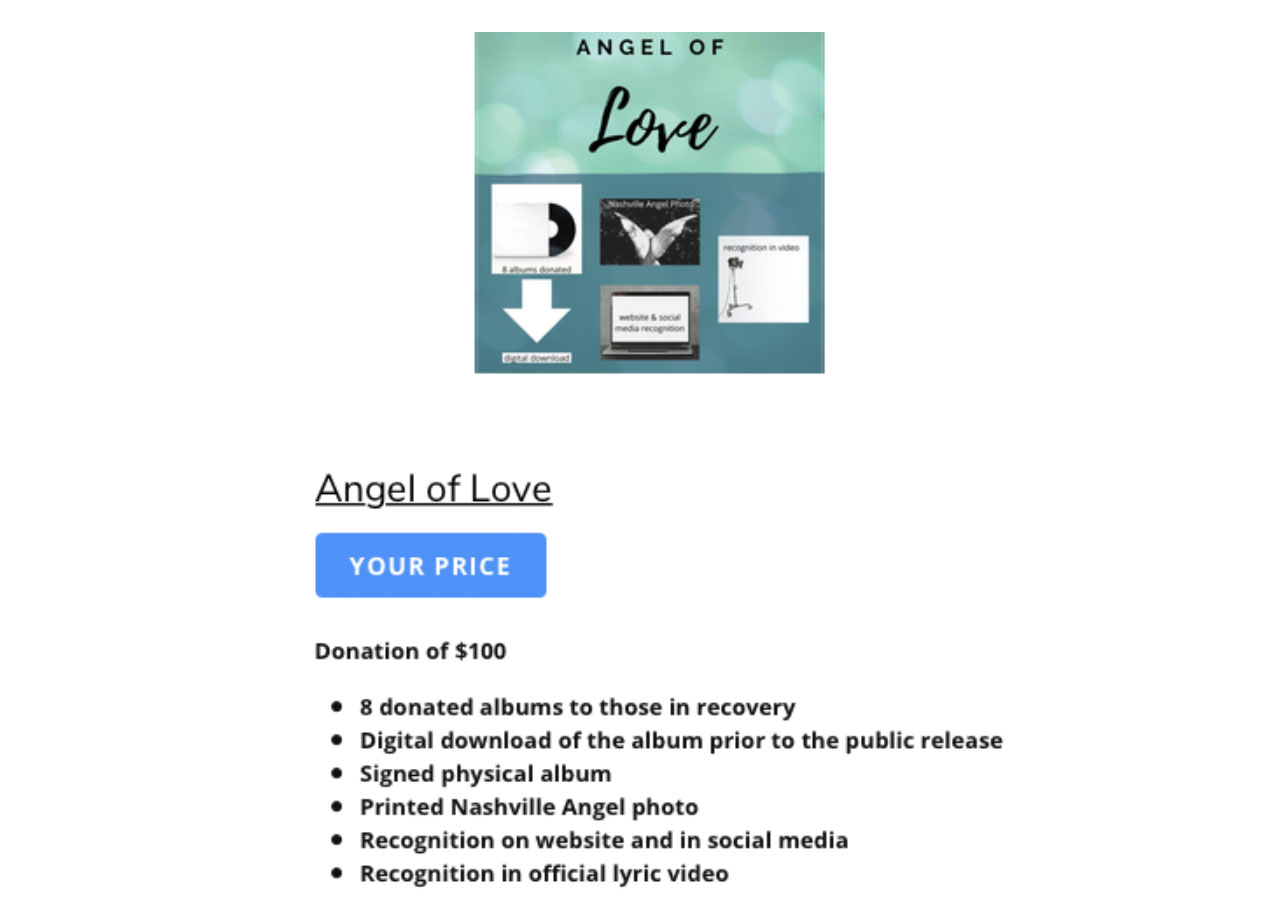 I also tried to think of all the questions that people might ask and I added a list of FAQs to the bottom of the page.

Getting the word Out

I first made a list of people that I thought might consider donating to the cause because they 1) have a connection to addiction (personally, through family, or through an organization) 2) are fans of my music, or 3) are people I know who are generous regardless of the cause.

Finally, I set up a couple of interviews to share the story of the project and help with promotion. One of these groups created a video summary of my interview that was great to use as another promotional post.

Surprises along the way

Since I was focusing on the project so much, and writing songs for it while I was running the funding campaign, it was constantly on my mind and in my prayers. I started mentioning it to people in everyday conversations – and those conversations led to some major donations from people I barely knew. It was surprising who donated!

One of the things that helped me the most was learning my ‘asking style’ (go here for the free quiz). I was able to learn better how to ask in a way that was comfortable for me, and how to appeal to more people when I did ask for donations.

I put together a special list of those who donated for periodic updates in Mailchimp. While I was writing and recording, I sent out Angel updates like the one below with stories behind the songs, first listens from the studio, etc. The Angels also chose the album cover they liked most; I used the polling feature on my Bandzoogle website for that (see the full page here). 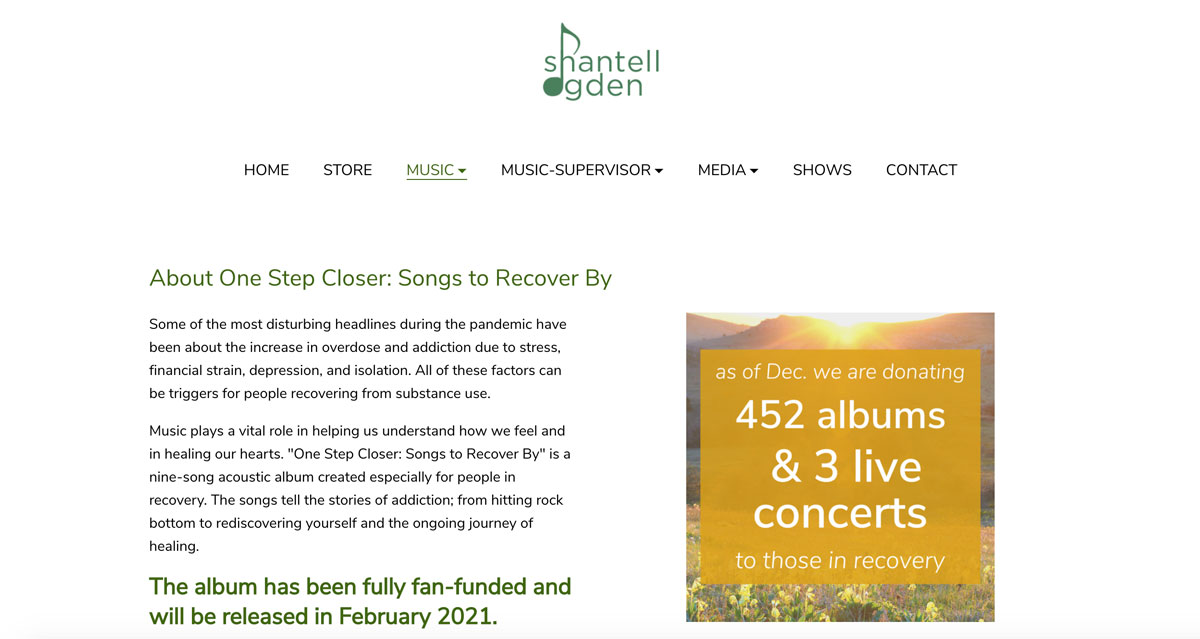 The crowdfunding wrap up

Through the generous support I received from these Angels, the initial fundraising goal was exceeded. This will make it possible to donate even more albums to recovery programs. The album will be released in February 2021 – and the journey sharing this music with those in recovery will hopefully continue for years to come.

What have your experiences been with crowdsourced campaigns? Please share in the comments below.

Shantell Ogden is an award-winning singer-songwriter based in Nashville, TN. Shantell's songs have received airplay on more than 800 country and Americana radio stations internationally, reaching Top 2 chart positions both in the U.S. and Europe. Her songs have also appeared on the CW's TV series Hart of Dixie and in several feature films. In recent years, Shantell has also started working as a Music Supervisor for independent filmmakers.

Learn more about Shantell at www.shantellogden.com and follow her on social media @shansmusic.