Posted by Charlotte Yates on Jul 12, 2022 in: Music Career Advice 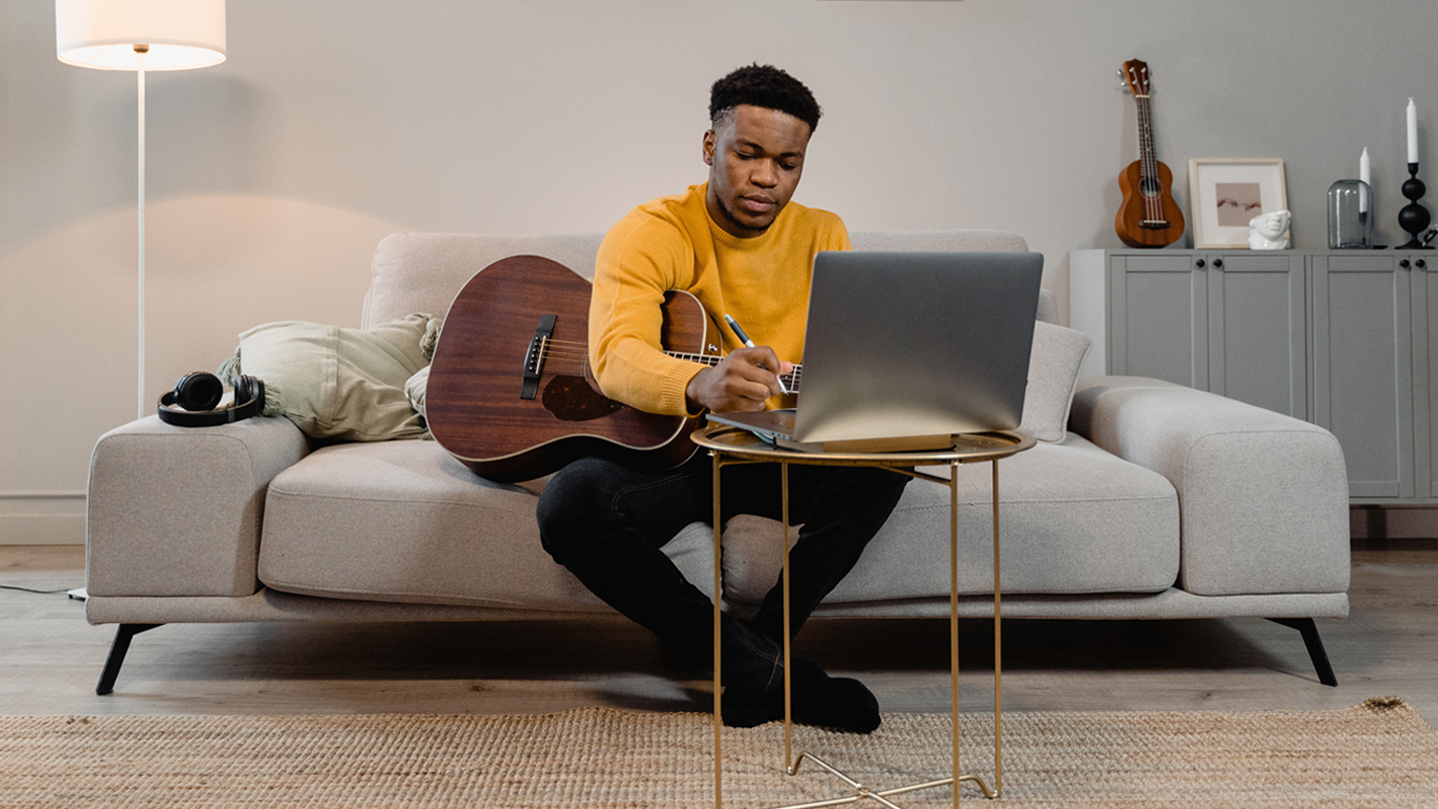 When I asked my online songwriting class how important they thought song titles were, the collectively stammered answer was an underwhelmed  ‘not very’. Eek!

None of them had considered the critical role a song’s title can play in writing wonderful songs that connect with potential fans or catch the eye of useful industry contacts.

In my book, this is leaving money on the table. More importantly, it’s a missed opportunity for your songwriting sessions to really catch on fire. Here’s why.

I write the title and work backwards from there.

Over the last 70 years, the canon of popular music has evolved a bunch of common features. Often misnamed ‘rules’, they’re more usefully thought of as norms.

One of these norms is that contemporary songs will have a repeated chorus or refrain, which features the title of the song in a prominent position.

Research showed over 80% US/UK top ten hits from 1952 – 2011 had repeating titular choruses (where the song is in chorus form).

History shows us that it’s worth putting serious effort into deciding what makes a great title for your song. Not good – great!

Take the case of Proud Mary by Creedence Clearwater Revival. Initially, songwriter John Fogerty thought the song was about a woman who works as a maid. But after watching a TV show and talking to colleagues, Proud Mary slowly but surely morphed from a maid to a paddle steamer.

Fogerty had three song title ideas: Proud Mary, Riverboat, and Rolling On A River. He carried around a notebook with titles that he thought would make good songs, but this one, Proud Mary, was top of the list.

Proud Mary attracted 35 covers in the year 1969 alone. Over 100 have been made since. These are the US charting versions alone:

Digital distribution of recorded music means song titles are even more significant than before. Over 60,000 songs uploaded daily means competition for our limited attention span has exploded. Titles can create a song’s first impression, on screen.

Reading a song title may well come before you hear any actual music. If you have a choice when scrolling, and you sure do, what will your novelty-wired brain scream at you to select? Something that grabs your eyeballs!

Like a great headline or click bait, a title that’s fresh or provocative, funny, beautiful, intriguing or relevant will call to you louder than something ho-hum. Baby or Bitch? I Love You or Swallow the Moon? We’re Arguing or Fightclub?

For the audience, a song’s title is a pitch. It gives both a summary or at least an indication of the song’s content, and an identifier or code whether it will be relevant for you.

Song titles are not protected by copyright. Prince wrote Sign O’ The Times released as a single and a double album on March 31 1987. 40 years later Harry Styles released Sign of the Times in 2017. That might be just enough of a gap to warrant utilizing essentially the same phrase as a successful title, but maybe avoid double ups!

Build a professional website in just a few clicks where you can sell your songs commission-free! Try Bandzoogle today.

The title is the punch line. It’s the reason we wrote the song.

Many professional songwriters ‘write to the title’ as standard practice. That’s because a title acts both as a trigger – somewhere to start and as a compass – somewhere to head to.

Titles alone trigger a lot of helpful sonic raw material. They can supply a rhythm inherent in the accents of the words within. Good examples are The Weeknd’s Can’t Feel My Face and Harry Styles’ Watermelon Sugar. It works even with just the initials like Village People’s Y.M.C.A or Gayle’s ABCDEFU.

They give clues to a melodic motif (small group of notes that acts as a seed for a melody). Try saying a potential title aloud to see where the pitch of the phrase rises and falls.

The words of a title can also stimulate a pre-writing search for potential end rhymes or related words that co-exist in the title’s vocabulary ‘key, like the chorus Lorde’s Royals uses ‘royalty related’ words like rule, ruler, blood, queen.

As a compass, if you have a strong title, you’re well on the way to a great chorus. The title is often the most repeated word or group of words in the song. Just repeating the title can be enough for a whole chorus – think of Mark Ronson w. Bruno Mars’ Uptown Funk.

But there’s also the issue of placement within the chorus – at the front, back, middle or sometimes all three positions. The backline of the chorus can also be a ‘one-in-a-million’ moment and whether the audience hangs about for verse 2. So who gets the last word?

The title can also provide the listener’s last impression especially in a repeating chorus. So a well-chosen title can give you a whole framework to write with.

I always, absolutely, unequivocally get a title first. I may spend days finding the right title: once I find it, I may write the lyric in 20 minutes.

Keep a list of goodies in your very own song  title bank. Titles are so easy to store and organize for solo or collaborative songwriting sessions.  They can come in a flash or you can hunt and gather just one a day, without busting your boiler.

A bunch of titles gives you choices about what and when you write. You can also switch them up to be better, to be more distinctive or more relevant to the vibe you’re in on the day. You can keep them for years until the right moment comes. Those title lists are a seriously flexible resource.

They’re also helpful when you’re writing from a vibe. Feelings count, but they can be fuzzy at first. Sometimes you’re writing because you want to express your emotions – words are coming, and a bit of a tune and you’re getting something down – but you’re not quite sure what it is yet.

No worries – record these song seeds and stash them for later. When you listen back, you can drill deep to determine more precisely what you are trying to get across.

Checking out your pre-saved titles (and brainstorming more) will help you explore what your song is about . The point of a song may not always be in clear view immediately, but applying the lens of a potential title will bring focus by retrofit!

A title is not a bumper sticker you slap on the song after you write it.

Let it take a more consequential role in your songwriting and your connection to your audience via whatever music business network you operate in from publisher to venue manager, playlist curator to music reviewer. The results may well surprise you!