Music Licensing 101: What is a Performing Rights Organization? 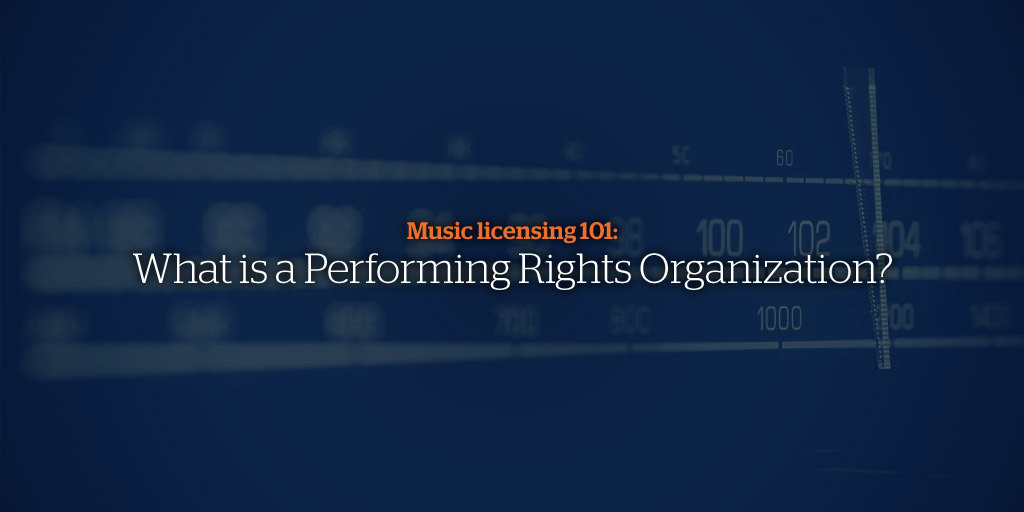 PRO, licensing, synchronization, royalties - learning the language of music publishing can be daunting. But it’s important to take advantage of all of the revenue streams available to you as a musician and songwriter.

In the first installment of this series, we’ll talk about what a performing rights organization (PRO) is, what they do, and how they can collect royalties for your music.

What is a performing rights organization (PRO)?

A PRO is an agency that ensures songwriters and publishers are paid for the use of their music by collecting royalties on behalf of the rights owner.

PROs collect public performance royalties. When a song is played in public, like on any kind of radio (AM/FM, streaming, or satellite), in a venue, or TV shows and commercials, it is required that they pay for the use. The PRO collects those payments, and distributes them to the rights holders.

Who are the PROs?

The biggest names in PROs in the United States are ASCAP, BMI, and SESAC. For our Canadian friends, there is SOCAN. They collect public performance royalties from public performances as defined by the US Copyright Act and ensure that payment is issued appropriately.

How do PROs get paid?

Any outlet that plays music publicly must be licensed to do so. Restaurants, music venues (bars, amphitheaters, performance halls, etc.), sports arenas, stores and shopping malls, bowling alleys, golf courses, amusement parks, airports, hospitals, and any other public place that plays music must purchase a license from the PROs in order to play that music. That licensing fee is paid out by the PRO as a performance royalty to songwriters and rights holders (publishing companies).

What about non-public performances?

When songs are streamed digitally on a service like Pandora or SiriusXM, or on a cable music channel (like Music Choice), SoundExchange collects digital public performance royalties.

These are collected for works covered by the Digital Performance Right in Sound Recording Act of 1995 and Digital Millennium Copyright Act of 1998. Though services like Spotify, Apple Music, and Rdio have reached deals with many labels and publishers directly, bypassing SoundExchange when dealing with royalties.

If I record a song that was written by someone else, but they do not perform on the recording, and this song is played at a baseball game, who receives royalties for this song?
In most cases, performers do not get paid public performance royalties unless they were involved in writing the song.

If I record a song that was written by someone else, but they do not perform on the recording, and this song is played on a Pandora station, who receives royalties for this song?
In most cases, songwriters do not get paid SoundExchange digital royalties unless they also perform on the recording. The songwriter in this case would, however, receive public performance royalties from their PRO (ASCAP/BMI/SESAC/SOCAN.)

What if I want to cover a song?
Cover songs require a special license, acquired through the Harry Fox Agency. This mechanical license will allow you to perform the cover song, and the rights holders will be paid out accordingly by HFA.

[How to Record and Release Cover Songs: An Interview with HFA]

For more on rights and royalties, check out our blog post on Copyright Essentials: 5 Things Every Musician Should Know!

Posted by david gillies
Hi, does this cover the uk?