How to decide if you’re ready to record an album 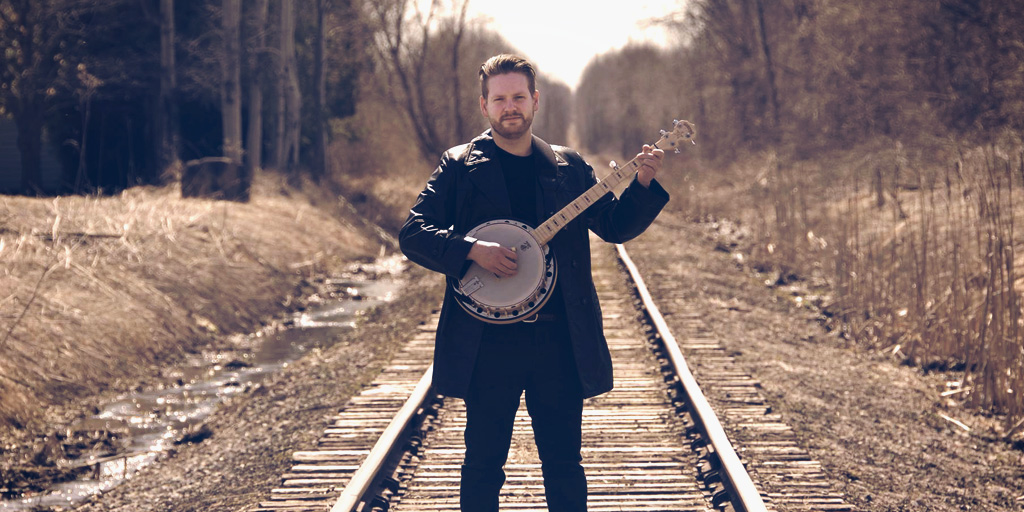 I’m standing in the studio, sweat leaving streaks across the white head of my banjo. A pair of headphones wrapped snugly around my ears relentlessly beat a click track into my brain. I take a deep breath, counting in my head, waiting to come in, knowing the timing has to be perfect. I take a brief moment to wonder - how did this former opera singing, traditional country music fanatic come to be here, in this moment, recording an album in the studio?

Well, there’s quite a bit to unpack there, but first, a bit of history about myself. I pursued a career as an operatic tenor for about the past 10 years, and had a fair amount of success with it. On the side, I had always secretly listened to and loved traditional folk and country music.

One day, after a particularly difficult and trying run of an opera, I woke up and realized I just didn’t like it anymore. Folk and country music had always been a passion of mine, and I decided I should pursue that instead. I picked up a banjo, and spent the next couple years learning as many traditional songs as I could, and continued to work on my songwriting craft.

Fast forward to 2017. I had some original songs I was happy with, a few traditional songs I felt I had perfected, and a fan base I thought would be willing to both contribute to and buy my music. I felt it was time to record an album.

Over this blog series, I want to take you step by step through the process of recording an album - from the decision of being ready to make one, to the distribution of the final product. But perhaps the most important question comes first - how do you know if you’re ready to record an album?

Do you have a list of great songs that are ready to be recorded?

This may seem obvious, but the bones of your album are your songs. Before you decide to record, you should have a solid list of songs that you feel are good enough to be put on an album.

These could be entirely original songs, covers, traditional songs, or whatever path you’ve decided to go down with your music. For me, I had three solid original songs I was confident about, and three traditional folk tunes I really wanted to do my own versions of. I felt that was a good mix of material I was happy with that I could bring into the studio.

Do you have the time to invest into recording an album?

Recording an album isn’t just the time you spend tracking in the studio. You’re going to commit many hours to pursuing financing, recruiting musicians, scheduling studio time, and finding a producer.

Once the album is finished, you will need to dedicate time to setting it up for sale digitally and physically, distributing it to platforms like iTunes and Spotify, promoting it via blogs, radio, and more. The time commitment is definitely not something to be taken for granted. I think it’s worth all the time in the world to make an album, but you do have to make sure you actually have that time available before jumping into the studio.

Do you have the ability to finance your album?

This is probably the biggest (and least fun) question. Recording an album costs money, and usually it costs a lot of money. Keep in mind you will be paying for studio time, your engineer, your session musicians, your producer, your mixing and mastering...I could go on here for awhile (and will in a later post about budgeting).

A very rough estimate is to think about each track on the album costing around $1000.00. Consider how much of your own money you can put up for recording, and if you have other means of getting funds, like grants, loans, and crowdfunding.

I considered all of the points above when I was planning my recording, and decided in the end to record a six track album, which is technically an EP.

For me, it mostly came down to how much I felt I could crowdfund to get the album recorded. An EP is a great solution if you don’t have the budget to record a full length album, or if you don’t quite have the number of songs ready to fill that entire song list. It’s also a great way to learn the ropes of planning and executing a recording, on a slightly smaller scale.

Over the next few months, I’ll dive into deeper detail on each hurdle you’ll jump as you record your album. Tune in next time for an in depth talk on songwriting, and choosing the right songs for your album.

Posted by Bill Armstrong
Some good points but the $1000 per song might scare away some people who owe it to themselves to give it a try. I suppose a lot of it depends on need for paid (not friends) studio musicians. Point is, depending on arrangements and music style, you can get creative and do it for (considerably less). Just my take!

Posted by Our History
oh boy. bandzoogle doesn't retain paragraph breaks in blog comments? (I'm testing to see if more than one line between paragraphs does the trick) ....[paragraph break here]... That's rough. I want to do a combined blog about history and music/album homepage, so I would expect the comments from fans replying to my blog entries and somewhat involved song topics would be relatively long and require paragraphs. ....[paragraph break here]... Converting nicely spaced paragraphs to wall of text would threaten to kill any communication more involved than a tweet. Cmon bandzoogle. We're not animals here. There are conceptws humans express and can appreciate that are more than 150 characters or whatever is being envisioned.

Posted by Zoofeather
This article failed to mention the most important trait necessary for success in self-promo producing..&gt;&gt;and...&gt;&gt;THAT IS...&gt;&gt;TALENT albeit there seems to me to be a lot of crapola vs payola in the so called "industry". What is success? Who the hell wants to be a Bieberette or Swiftie in the music money?..multi billions $$ of booby and bobby fans? Keep it straight, simple and small stupid! Do it for yourself first and foremost~bye bye on a lullaby babies!

Posted by Anonymous
Im just tryna to do what i luv to and thats music. Im from the streets, in and out of jail and im tryin something different with my life. I just wanna make money the right way and make my two girls and my lady happy. This time in my life I really think I have a chance to make it and im doing everything I can to make it. This website is a good thing cuz it helps people put there music out there and a chance at something. All i have is my word and with the little I have I need all the help I can get from people. My name is Terrell Mckoy aka T REX aka Bless Mckoy I love making beatz so make sure yall check me out show some love cuz im gonna make it .

Posted by Elizabeth J. de Almeida
Thank you for your article. First off I do want to say it's an awesome change from Opera to folk and country. I bet you'll bring a lot to country music with your opera voice training. I see this article as planning to record an album. Because when my songs are perfected, I feel that's when I'm ready to record. The article to me, speaks about planning. How I will promote my music, who will be involved, how will I fund it, how much do I want to spend and so on. I think we have the freedom as creative people, to say when we want to record. Some of us have plans to record, others have no idea of a better time or place to recording. And to gain some experience, they'll throw caution to the wind, and just go for it. I did. I feel that all we need to decide is what we want to do afterwards, if there are any plans to move our music forward. The choice is our own, yes?

Posted by Anonymous
Don't let the fear of 1000 per song scare you away you can do much better than that with paid studio musicians. you can also try working with a studio so you don't have to go in and do an entire album in one ore two days. Go in do a few songs get a good single out and get it posted to radio, you can get your mechanical license and GIT/EAN numbers and start selling a single online promoting your upcoming CD release. Sale's from a single can help cover cost and start getting you promoted in all kinds of ways and the biggest plus is it gets your voice out there and people can start hearing you. When is the right time? I say always is the right time if you want a career in music

Posted by Ger Madden
Well, I don't know about that. sometimes people get lucky. I thought I was going to have to set aside $10,000 for an album. I paid for our last album to be recorded, mixed, Mastered, packaged and distributed all for $3000. that was 2012. Now the new album we're just finishing is going to cost us less as we did everything DIY with exception of the distribution and Mastering. Leverage what you can to get the results you want, but in any case, write your songs, perform your songs and record your songs and just get them out there. My take on it is get yourself 100 ideas, narrow that down to 50-60 songs, rehearse and demo about 25 roughs and release about 10-12 of those. I was just reading an article that you should only put about 3 songs on streaming to drive sales back to full priced albums (digital or physical). Ideally I would prefer this on a yearly basis, but sometimes that isn't easy to get the time in for writing and everything else. This though is feasible if you're annually releasing EPs however I still prefer the album route, but I will consider an EP since it's better to get product out more often these days what with imminent buy-in. You don't want to lose that. I might be rambling a bit here, but I agree with the article in general.

Posted by Anonymous
Great notes. Ive struggled through many of these ?s

Posted by Pero Metkovic
I have nany songs at Youtube. I wish to publish an album.

Posted by Pero Metkovic
I have many songs that I sing.