7 ways to prepare for a big show 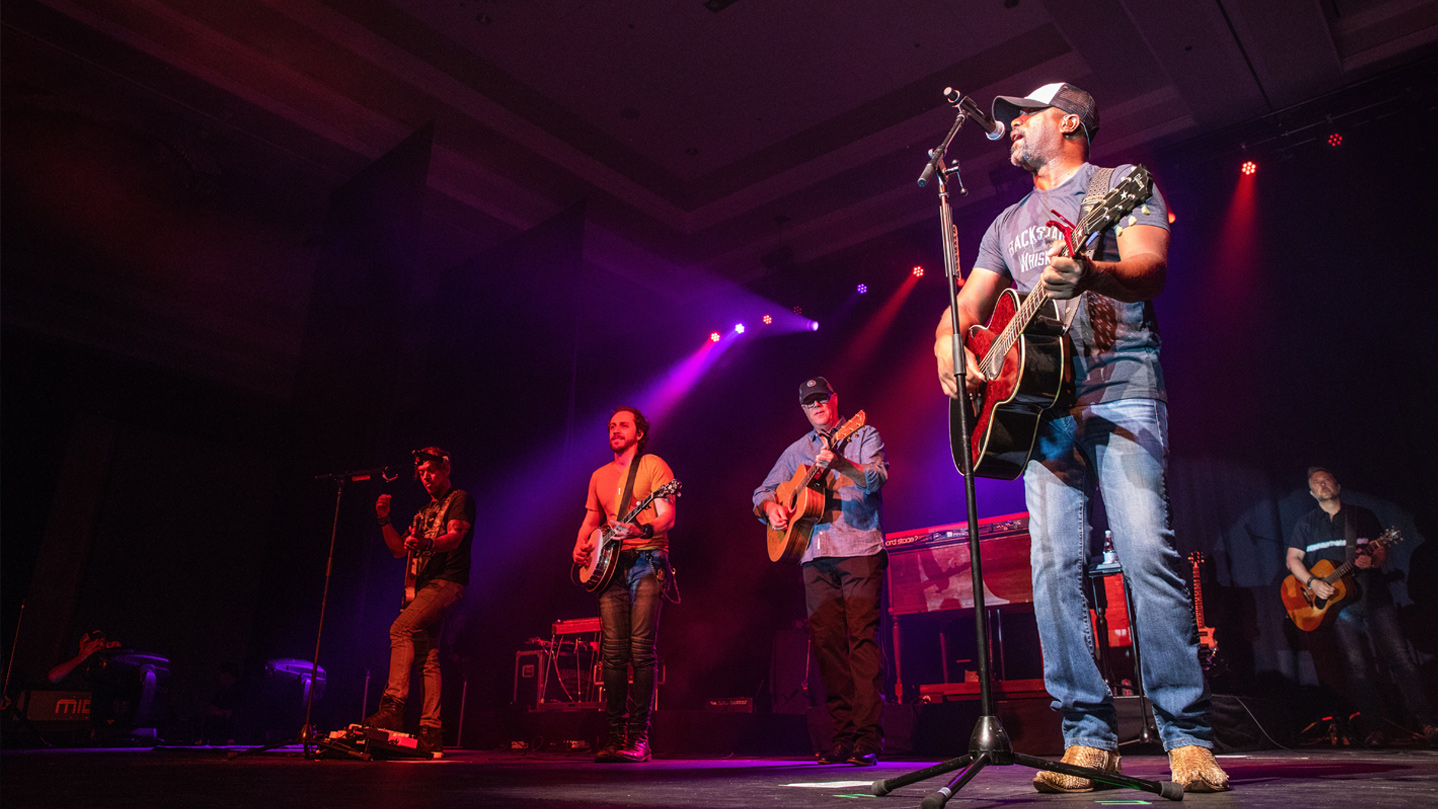 For many artists, playing an outdoor festival or other large show is a bucket list item.  It often signifies that you have reached a new tier in your music career which brings on a different level of exposure and experience.  But as I found out this year when my band played our first festival, the preparation involved can be different from any other previous show you’ve played.

If you’ve recently been asked to play your first festival or another big show (or it’s on your bucket list), here’s a guide on how to prepare so that you play your best show yet!

Bigger shows often mean bigger stages.  To prepare for this, it’s a good idea to rehearse with full energy in a larger rehearsal room than normal.  This will ensure you can nail your parts whilst getting used to having more space to occupy.

Practice your set all facing one wall and pretend that wall is your audience.  Essentially, you want to set up exactly how you would on a stage.  In a festival environment or even at a large indoor venue, your energy needs to project further than you’re probably used to.  Your movements should be big and intentional so that people far away will see them.

I like to get in the zone by turning down the lights, turning up the volume and visualizing a big crowd.  You and your bandmates will all feed off each other’s energy, so whilst it can feel awkward at first to go ham for an old leather couch and mixing desk, eventually it’ll feel close to a show.

Side note: If you don’t already have cardio in your life, now is the time to add walking, running or dancing to your weekly routine, especially if you’re a vocalist!

2. Practice your set-up and pack down

Festivals run on pretty strict schedules due to the number of acts and logistics involved - so you should definitely practice your set-up, how you’ll walk onto the stage and a quick pack down afterwards.  Of course, sometimes technical issues happen that can’t be helped, but you want to minimize the chances of this as much as possible; no one wants to be the band that makes things run late.

There will likely be a stage crew to help with things like drums (which are often set up backstage and then rolled on/off with a riser).  But it’s a safe bet to assume you’re largely going to be responsible for your own gear.  Depending on how much you have, you may want to get a friend to act as a roadie and be an all-around tech in case of things like string breakage or cymbal stands falling mid-set.

Book big shows for your band with a professional digital press kit on your own Bandzoogle website. Try Bandzoogle now!

When playing these types of shows it’s likely the majority of the audience won’t have heard of you before, so work on establishing a rapport.  After all, this is your opportunity to win over new fans!  The easiest way to do this is to talk to them, perhaps more than you normally would.

When rehearsing, practise your banter so that it becomes as second nature as playing the music itself.  You also want to rehearse this to ensure that you don’t get carried away and go over your allocated set time (this is a big no-no).

If banter feels new to you, try not to get caught up in worrying about if what you’re saying is cliché.  The classic, “Are you having a good time?” is always a good place to start.  Sometimes talking between every song can disrupt the flow of your set so be mindful that you can also talk in intros, outros or other musical breaks.

Make your audience feel special and more included by calling them collectively by the city you’re in or better still, the festival or venue name i.e. “What’s up Bandzoogle Fest!”

4. Think of ways to involve the crowd

Another way to connect with your audience is to involve them during your set. Think about places you can add a call-and-response, jumping or classic, ‘hug a loved one near you,’ moment.  You or the others in your band (if you have one) will need to be a guide for the crowd to follow which will encourage them to get involved. This should all be rehearsed leading up to the show.

Make sure you read the room though.  If you notice the crowd responding well to you, go ahead and encourage them to clap, dance or mosh!  But if you feel that the energy isn’t quite there, it’s ok to skip it. We’ve all experienced the awkwardness of trying to get an audience to do something when they’re just not vibing.  So if this is the case, don’t stress. Keep your energy high and remember people can still enjoy your set whilst standing still, even if it doesn’t look like it.

5. A production rehearsal is key

It goes without saying but a very important component of putting on a good show is your sound.  I strongly recommend hiring your own sound person who not only has festival experience (or experience at similar venues) but who will run a production rehearsal with you before the day.

This is where you get them to mix at your rehearsal so the sound will not only be how you want it, but also they’ll be familiar with your tech and the flow of the set.  Sound is one thing you don’t want to leave to chance at a big show.

As well as a sound person, you may like to also bring in a lighting person, someone to create a cool background video, as well as a photographer/videographer to capture the show.  Let’s be real, investing in these things can be scary, because sometimes your payment from the show (especially if you’re an earlier act) may not entirely cover all the expenses involved.  But remember, opportunities like this are an investment in your growth as an artist.

It’d suck to play a killer set and not be able to share about it on socials afterwards.  Lighting and a background video can really enhance your performance to help you stand out, which in turn can lead to more merch sales to make your money back anyway!

7. Get your merch ready

Speaking of, if you don’t have band merch, don’t sleep on it! Due to the sheer amount of people that will attend a festival or big support show, you will make a lot of merch sales.  Lots of people bought our merch before we even played simply because they liked the design. So get your band merch ready.

Hot tip: If you have merch designs in colors other than black or white, this is a huge selling point as many people have far too many band tees in those colors and want something different.

As cliché as it sounds, the best thing you can do is have fun! Big shows can be as nerve-wracking as they are exciting and it’s easy to put pressure on yourself.  But it’s important to take some time to be in the moment and reflect on all the hard work it took to get here.  Imposter syndrome tends to creep in when we are taking steps up in our career - so know that you deserve this opportunity.  Do the work to prepare prior to show day and the rest of the time, enjoy!

Monica Strut is a musician, heavy music fiend and “former” Myspace kid from Melbourne, Australia. After working for years as a music journalist and digital marketer, she now helps emerging bands and musicians reach the next level through her podcast, Being in a Band, coaching services and online courses. When not helping other musicians kick their goals she is writing, recording and playing in her own rock/metal band, The Last Martyr.