7 Dangers To Watch Out For When Considering Music Promotion Services 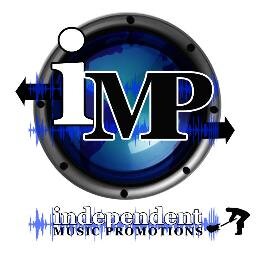 This is a guest post from James Moore. James runs Independent Music Promotions, a DIY music PR company working exclusively with "music with depth" worldwide. He is the author of the "Your Band Is A Virus" book series. He can be reached at james@independentmusicpromotions.com and you can follow him on Twitter at @urbandisavirus

Almost every artist who approaches me has had one or more negative experiences with music promotion in the past, and this is largely due to the “quick fix syndrome” on behalf of both individuals who engage in the partnership.

First of all, there are the automated music marketing services who I tend to call the internet cowboys. They offer progress and lavish promises at the push of a button. Facebook likes? You got it. Youtube views? Not a problem. Get your press release on the desk of thousands of journalists? We do that too.

The artists who tango with these folks also suffer from the quick fix syndrome. Rather than build a team of people and gain fans organically one by one, they aim for the mountaintop, neglecting to do the proper research or seek out the proof that Google can provide.

So what are some common “warning signs” when researching music promotion type services and companies that artists should be aware of? Well, these are not hard and fast rules for every situation, but they are serious things to keep an eye on.

1) Do they have a “buy now” button, meaning they accept everyone?

Not good (unless it’s a service such as bio writing of course). This almost always means that their audience ignores their outreach. If there is no filtering whatsoever, it’s a virtual guarantee that the output is unprofessional. No quality control tends to mean no results. The service essentially has a welcoming face with no brain function.

2) Do they offer something called “email blasts”?

Same thing. Usually a sign you should run for the hills, ESPECIALLY if these email blasts come with promises along the lines of sending you to X amount of newspapers, magazines, journalists and music blogs. Find me a single story in a major publication that came about as the result of an email blast. When was the last time you welcomed something that was “blasted” to your inbox? Marketing must be more organic than that.

This can get your profiles removed and it will certainly reduce your engagement to almost nothing. It also means that you’ll have to spend much more on advertising because any genuine followers will be buried among all the fake profiles. Social media platforms are cracking down on this type of behavior.

4) Do they sell Youtube views and say they do it with real humans?

They’re lying. Even when they say they do not use bots, they do. Youtube is also cracking down on this type of behavior, and I’ve seen over a dozen cases recently of music videos being taken down after months of hard work had been put into them - all because of the desire for a shortcut.

5) Do they focus too much on peripheral services such as social media management, tweeting about you, distributing press releases, branding advice, and consulting you on your image, single choice, or next move?

This is often emphasized to hide the fact that they are not driving real results where they matter, such as press, reviews, licensing deals, bookings, radio ads, and genuine, concrete opportunities. Anyone can post a status, blog a news release or tweet about you and you don’t need a company for that. Consulting and advice certainly have value, especially when it comes from knowledgeable people, but they are not worth thousands of dollars and under no circumstance should you be taking advice from someone who doesn’t deliver actual results in the first place.

6) Do they not have a client list on their website? When you ask, do they only provide a few of their “top artists”?

Client lists, generally, should be public (depending on the industry). Go beyond all site rhetoric and let Google be your truth teller. Google one company’s artists versus another to see the real results that are being driven. If you only compare one site’s rhetoric with another, you’ll end up going with whoever promises the most; almost always a poor decision.

7) Do they mention anything about getting a record deal?

Promises, promises. The loftier the promises, the less likely they are to come through. Stay away. There’s no need for that kind of “dangling a carrot” form of communication unless they’re referring to hard work and a team effort. Real marketing is not a one-stop shop. It’s a real, living thing and it can’t be achieved with the push of a button.

Posted by Fade2Green
Nice and good reading. Thanks :-) !

Posted by Dave Cool
Great, glad you enjoyed it!