5 tips on how to approach asking for a guaranteed fee

Posted by Dan Reifsnyder on Feb 05, 2020 in: Music Career Advice 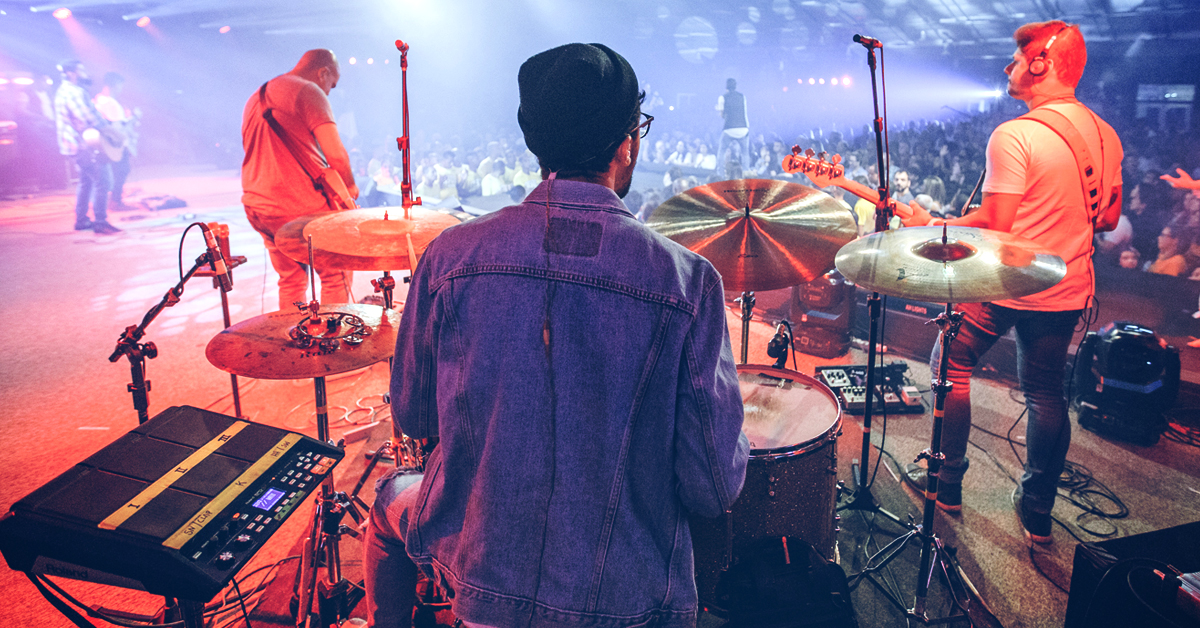 As a band, there’s only a handful of ways to get paid: door splits (i.e: playing for a portion of however many tickets get sold), honorariums (basically a tip jar), and guaranteed fees. Obviously, that last one is the best—you know exactly what you’re going to make in advance, it’s usually negotiable, and you’re off the hook for having to bring the crowd yourself.

Eventually, every band gets the opportunity to play for a guaranteed fee. But when you do, what do you charge and how the heck do you ask for it?

Here are five ways to approach these questions.

1. Work backwards from your expenses

Figuring out what you should charge is the first step towards getting comfortable asking for a set fee. It can be a guessing game at first; but it doesn’t have to remain so. Before anything else, you want to add up your expenses to play the gig—gas money (don’t forget to consider how many cars you’ll be taking), meals on the road, missed time from work, if you need rehearsal time and space, etc.

Once you have that base, figure out what you’d like to walk away with at the end of the night. $100 for each band member? $200? $50? Add that up and you should have a rough idea of what to charge.

As a negotiating tactic, try starting a little higher, and then they’ll counter with a lower number until you reach a compromise.

2. Ask for a merch purchase

Some venues might be hesitant to offer a straight up guarantee, but they may be willing to buy a certain amount of merchandise off of you instead. Let’s say your ask is $250, but they don’t want to front that amount—sometimes you can ask them to pay for a percentage (or even the full amount) in a merch buyout.

3. Do a little sleuthing

Try to find out what other bands similar to yours are getting at the venue in question (or at least similar venues). Don’t forget to consider all the variables, such as: different styles, different nights of the week, how long they’ve been performing, what their following is like, etc. Knowing that information can definitely impact your bargaining leverage.

A lot of artists don’t realize they can reasonably bump up their fee when something big happens; or they don’t bump it enough.

For example, the band I was in back in the day had just released a brand new album with a noteworthy Nashville producer. It didn’t even occur to us that this could increase our value as a live act. We were asking for, and getting, our regular rate, but after some discussion, we tried raising it a bit. Nobody even blinked.

Whether you just played a sold out show at a notable venue in town, got national press or radio coverage on your latest single release, were nominated for an award of some kind, or completed a tour supporting a bigger band; all of these are great resumé boosters and reasons to consider lifting your rate.

Start building your fanbase so you can catch the attention of bookers. Bandzoogle websites have a built-in EPK and all the tools you need to step up. Build your website today!

I know a lot of venues that straight up refuse to pay a band until they’ve proven they can draw a crowd.

While this may seem insulting at first, it makes perfect sense from a business perspective. They make money on drinks, food, coat check, and cover charge. If your band doesn’t bring anyone to their space, they’re not only having a slow night but they’re also out your guarantee. This leaves your band with a lot of egg on your face, and the likelihood is small you’d be asked back.

And you can kiss your guarantee leverage goodbye too.

So let’s say you really want to play this venue, but they won’t offer a guarantee. Ask them to let you prove yourself—and if all goes well—let you book a follow-up show with the guaranteed fee next time. This means you’ll have to work your tail off promoting and getting fans in the door (and it doesn’t hurt to encourage them to buy drinks and food as well).

Sometimes the numbers just won’t work out. It’ll cost you more to play than the venue is willing to pay. Sometimes you just can’t guarantee a good draw and the promoter has to go with a bigger band. Sometimes egos and personalities get in the way of booking a show and nobody wants to budge.

Any of these things can happen even if what you’re asking for is perfectly reasonable. You’re then faced with the choice of saying yes to do the gig for other reasons (like exposure or paying a favor forward) or walking away. Whether you exercise flexibility or stick to your guns is up to you, there’s no wrong answer.

Whatever you decide to do, you now have a formula for figuring out how, and what, to ask for in a guaranteed fee.

Also see: 11 things to do once you book a show

Dan Reifsnyder began playing piano at 3, writing at 6, and was a published songwriter by 10. Dan has acted in hundreds of commercials for brands such as McDonald’s, Day’s Inn, Kool Aid, and General Mills Cereal. He has sung on The Magic Schoolbus theme (with Little Richard), “My Christmas Tree” from Home Alone 2, and an unreleased Michael Jackson track. He is now a full-time songwriter and teacher in Nashville.