Your Music Was Added to a Popular Spotify Playlist… Now What?

Posted by Guest Blogger on Aug 03, 2017 in: Music Marketing & Promotion 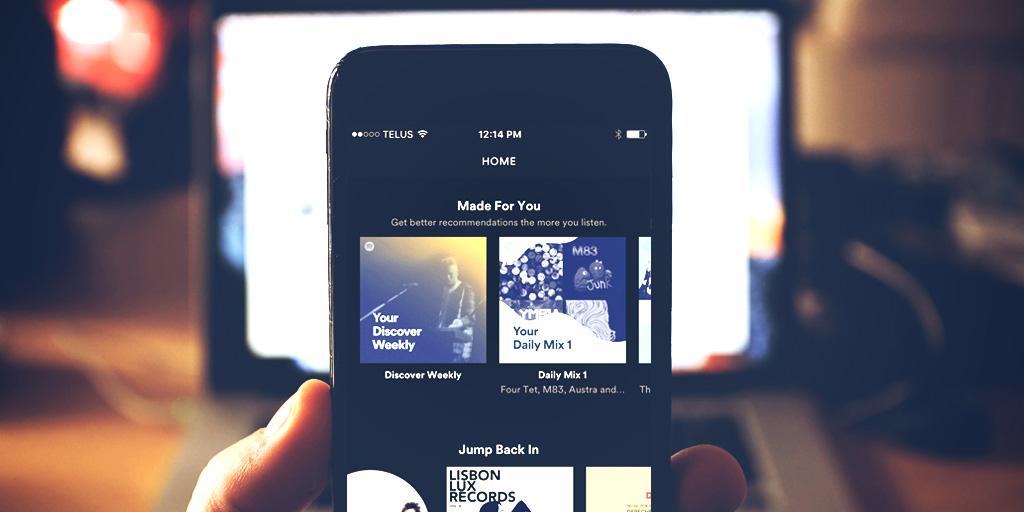 It’s 2017, and album sales are sinking to historic lows. CDs are becoming obsolete. Even digital downloads are plummeting. But people are listening more than ever — they’re just streaming. The music-publishing industry is changing fast. The Recording Industry Association of America (RIAA) reported that in 2016, streaming services were responsible for more than 50% of revenue earned in the music industry today. And the biggest player of them all is — you guessed it — Spotify, with an unbelievable 50 million paying users.

Spotify is known for its “discover” features, most specifically its playlists. Whether it’s “New Music Friday,” “Today’s Top Hits,” or “RapCaviar,” many of these playlists have millions of followers. If your music gets added to one of the biggies, that’s about as close to a Willy-Wonka golden ticket as you’re going to get in the streaming world. Overnight, your track can soar from a few hundred plays to tens of thousands.

Today, it’s just as important (if not more so) for indie artists to try to get their music featured on Spotify playlists as it is to get press coverage. Obviously, both are optimal, but Spotify can generate some serious revenue, especially if the artist owns the music.

And beyond getting paid, it exposes your music to thousands of new listeners. In many ways, it’s not unlike opening for a huge artist in front of a new audience. Spotify often curates its playlists based on genres or moods, so when your song comes on, it’s usually because someone was looking for or listening to a song like yours. But as much as artists (and labels) are competing for features, not many of them have a plan for when that magical moment happens.

Personally speaking, I didn’t even know my song was featured until an A&R rep reached out to me to talk about my music, mentioning he found me on Spotify’s “Fresh Finds” playlist. I had no idea what he was talking about, but I checked my Spotify plays and saw that one of my tracks, which previously had less than 1,000 plays, had suddenly increased to nearly 40,000! I had no idea what to do next other than just feel giddy that people were discovering my music. In reality, there are several important steps that every artist should take when his or her music is featured in a Spotify playlist.

First things first: if you do get featured on a playlist, treat it like a good press feature and share that thing! This is a good time to do a sponsored social media post with a link to your song on Spotify. You should already budget for promoting your music on Spotify, but after your song is featured on a playlist, make a custom post and bump up the awareness. Be sure to share the playlist itself, too, not just your song.

You may have to do a little research to find the names of the playlist curators, but that’s what Google is for, right? Get to stalking! If you can, find their emails, send them a genuine thank you, and establish a relationship. It’s also a good idea to find their Twitter handles and tag them when you share the playlist.

If someone out there likes your music enough to put you on a playlist that literally thousands of other musicians are dying to be on, chances are he or she is going to be open to hearing from you. Capitalize on their interest, and make a connection as soon as possible.

Even if your song is added to a small playlist and you only get a modest bump in streams, the rate of growth can be enough to earn some chart action. Search Viral 50, Spotify US, Spotify Global charts, etc. Making it onto one of these is a huge opportunity to shine.

It’s also a great way to encourage your fans to share your song. People always like to help something grow. Ask your fans for their help, and update them every time you move up a notch.

When a song is added to a big playlist, there tends to be a domino effect. You can typically find out which playlists feature your song under the About portion of your Spotify artist profile. Search daily, but also actively go hunting. Every Friday, check the “New Music Friday” playlist. Every Wednesday, check all of the “Fresh Finds” playlists.

Remember, each playlist that features your song is going to grow your audience and is worth raving about. In addition, people will find your music and add you to their smaller playlists — thank them.

Use Data to Build Your Press Kit

Take the data from your playlist feature — number of streams, cities where you’re most popular, etc. — and add it to your press kit or EPK. Today, new artists are introduced with press quotes and their streaming data if it’s impressive. Similar to a good quote from a reputable publication, notable streaming data helps sell your music to prospective bookers, record labels, A&R execs, etc. and is powerful ammunition to build your career.

Various studies report that the aggregate net average per stream is around $0.005 depending on how much of your music you own. It takes a couple months to get paid, but make sure you have a plan ready for how to reinvest that income back into your music.

For example, stash a certain amount of that money away for promoting your next single with Instagram ads and sponsored Facebook posts. Using your streaming money for cocktails over the next five weekends might not be the best investment to help keep your music career growing.

Keep an Eye on Your Stats

Obviously, you should pay close attention to your streaming stats, but watch your overall numbers on other platforms like Facebook and Instagram along with other streaming services like Apple Music. Unfortunately, people streaming playlists that feature your song doesn’t automatically mean they’re becoming fans — they’re just being exposed to your music. Look out for people commenting on your pages saying they found you on Spotify. Those are the fans you’re going to want to nurture and build a relationship with.

Another helpful stat to track is where people are listening. If you’re popular in Sweden, for example, plan to include that territory in your next promotion, or possibly think about planning a tour there. Spotify insights are crucial in helping you target new fans and nurture existing ones.

Pitch to Other Playlists

Now that you’ve been featured once, use that as an angle to bolster your single for inclusion on another playlist. When you’re pitching, mention your success and how your track is growing. Remember, a lot of Spotify is about credibility. People tend to only pay attention when you’re on the rise. Capitalize on that and keep pitching. Singles die off fast these days, so keep extending the life of your track until you release the next one.

If you feel overwhelmed by all this data gathering, that’s because it’s designed to be complicated. There are over 900,000 distinct royalty streams that artists around the world have access to, and between 20-50% of royalties generated never make into these artists’ pockets.

Sam Friedman is a Brooklyn-based electronic producer and singer-songwriter, creating under the moniker Nerve Leak. Praised by major publications such as The Fader and Bullett Magazine, his unique blend of experimental and pop music has earned him hundreds of thousands of streams across the web. An interdisciplinary creative, he also works as a journalist for music publications such as Sonicbids, ReverbNation, Samplified, and Unrecorded.

Make more money as a musician! Keep 100% of your revenues when you sell music, merch, & tickets through your website. Sign up free with Bandzoogle now.

Posted by Bill West Music
Great article! Can you elaborate on this? - "There are over 900,000 distinct royalty streams that artists around the world have access to, and between 20-50% of royalties generated never make into these artists’ pockets." ???

Posted by Jeremy Young
Hey @BillWestMusic, thanks for your interest in learning more about this topic. Jeremy Young here, I'm the Editor-in-Chief of Soundfly's blog, Flypaper, and I was flabbergasted at that statistic too when Ari Herstand presented it to us. But it's true! Songwriter and Artist Royalties are a tricky game because not only does every type of digital stream, airplay, and song purchase have it's own strand of royalties, these are organized differently in every single country. In light of this, Soundfly asked Ari Herstand to share his expertise on how to identify and gather all of the royalties you're owed as a musician, and this because our free course: https://soundfly.com/courses/how-to-get-all-the-royalties-you-never-knew-existed Check it out and let me know what you think! jeremy@soundfly.com J