Why serious musicians still need to be making albums

Posted by Patrick McGuire on Sep 11, 2020 in: Music Career Advice 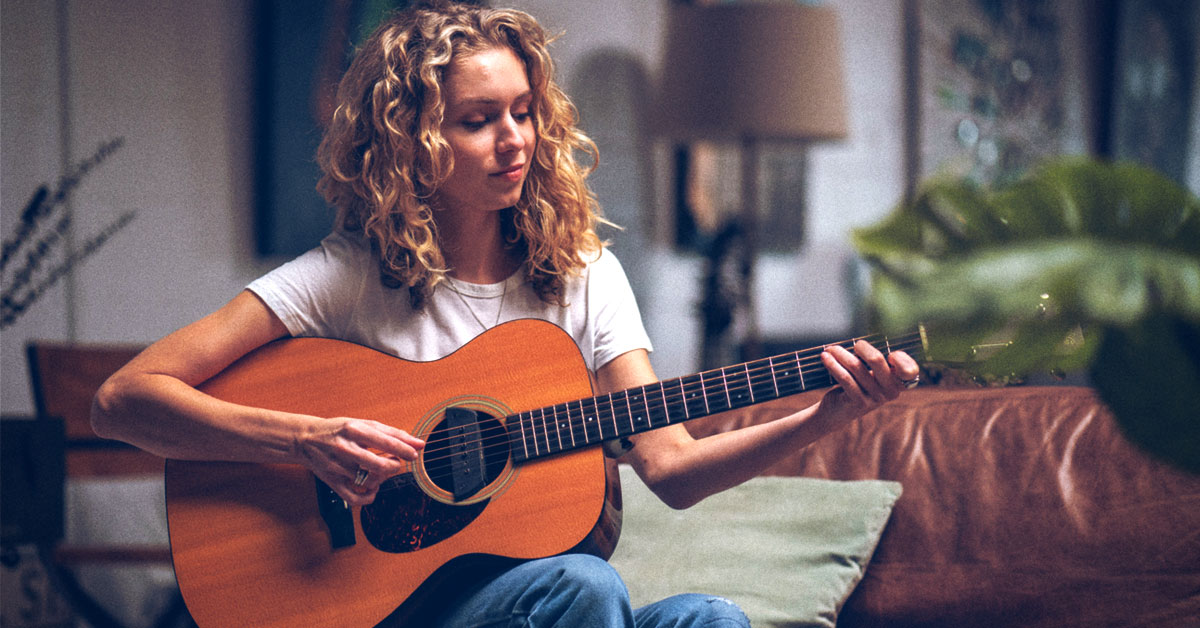 By many accounts, the full-length album is declining fast as both a standard listening format and a cultural touchstone. From music journalists chronicling waning album sales to the omnipresence of digital streaming platforms that favor playlists built of individual songs, the album is undoubtedly facing challenges like it never has before.

And this might lead modern musicians like you and I to question the worth of pouring our time and money into making 12 or 15 songs as opposed to just one or a few. But the truth is that no matter what’s happening with listening trends, or what journalists are saying, if you want to be taken seriously as an artist, creating great full-length albums is still one of the best things you can do for your career.

There are three big reasons why this is true. Let’s discuss!

1. You’ll get far more promotional and radioplay mileage with albums over singles.

Releasing one-off singles can certainly help some artists find a temporary audience, and it can make radio DJs lives a bit easier in the process, but as far as media placements and radioplay go, nothing beats a full album. Being able to offer tastemakers a choice of which song to play, and giving them a lengthier collection of material to engage with, helps experts and insiders get to know you as an artist so much deeper than a single song can allow.

Practically speaking, when it comes to submitting music for coverage in blogs and newspapers, and for play on the radio, very few outlets accept anything other than EPs and albums. You could interpret this as music industry gatekeepers unwilling to adapt to the times, but it goes deeper than that. Most music critics, radio DJs, and curators really do believe that fully realized collections of material tell better, more colorful stories than singles, which are typically associated as being mostly for commercial purposes.

And while we shouldn’t ignore the fact that audiences are buying less albums than ever before, it’s important not to count them out when it comes to earning money as a musician. When you’re on tour, full albums sell better than anything else on your merch table.

Today, the world is fixated on artists who find overnight success by releasing a single song. While this does happen from time to time, the chances of it happening to you are exceedingly slim. Though the musical world has transformed over the past two decades, most artists still find success by making great albums; each one garnering slightly larger fan and media attention than the last.

Albums reflect artistry and compositional creativity in more well-rounded ways than singles can. Sure, listeners might experience music predominantly through playlists right now, but true music fans––the lifeblood of the music industry––turn to albums to fully experience an artist’s oeuvre. True music fans are looking to meaningfully grasp onto your story and musical vision.

Writing an album demands months of focus and effort. It’s the kind of work that forces musicians to dig into the process and demand more of themselves than when they focus on writing a couple of songs at a time. The result is often a strong collection of songs that can be promoted as singles later on.

3. Booking is easier with an album under your belt.

Whether your band wants to perform locally or tour nationally or internationally, album releases go a long way in helping you to book those shows.

Talent buyers, festivals, series, and corporate partners alike want serious bands who can draw to grace their stages, bands that take investments in their career and artistic narrative seriously. At the most basic level, albums give talent buyers a much better idea of what you sound like live than singles do.

Don’t get me wrong, albums can be a pain in the butt to make. They’re expensive, time-consuming, and often demand a huge emotional investment from the band. Add the fact that there’s so much music being released out there, and most of which is fragments into playlists and mixtapes, you might be tempted to not to create albums at all—but you shouldn’t give in to that temptation just because everyone else is.

If everyone else is running in the same direction, maybe it’s time you laced up your shoes and started running somewhere else. Today’s artists that go the extra mile in any direction, will be remembered far longer than those who don’t.

Build a professional website where you can sell your albums commission-free! Sign up and sell music with Bandzoogle now.

Patrick McGuire is a writer, musician and human man. He lives nowhere in particular, creates music under the name Straight White Teeth, and has a great affinity for dogs and putting his hands in his pockets.

Posted by Sound Said Look
You’re spot on. I just released an album, but it’s arguable that it’s a playlist because it really has no theme or that cohesion of “sound” that we often associate with an album. For me, it’s a period of time, and is a reflection of me and the styles of music that influence me. I’m not sure if it’s age, or how I grew up listening to music, but when discussing a band or a particular song, the album names were almost undoubtedly mentioned. My first cassette tape was in 1988 - U2’s Uchtung Baby, and my second was Depeche Mode’s Violator. Years later... my first CD’s were Pearl Jam’s Ten and Gun’s N Roses’ The Spaghetti Incident. I’ve always said that albums are statements about a period of time - lyrically or musically. I think Coldplay (not their recent album - no clue what that even is), have historically made an “album” with, both, a message and style. I think The National also does a phenomenal job of mastering the epitome of an album. As a matter of fact, their latest album, I Am Easy To Find, was written in collaboration with a film director and the result is a “story” from beginning to end told in a short film. Coldplay had a similar output with Mylo Xyloto. I certainly don’t want to generalize anything, but there’s a very observable modality with how we generally listen to music. If you ask me, the significance of an album has lost its meaning and value with the rise of digital streaming and the subsequent death of a physical artifact. I believe I read that less than 40% of Americans have radios in their houses, and most PC’s don’t come with CD players. The art of record sales and hype (back in the day) was to release a single or two from that album. People would love that song, and if they wanted to listen to it on-demand (or repeat1 in my case), you had to buy the entire album for 15.99. Granted, most albums were lucky to have 3 great songs on them - very few you listened to from start to finish, but one thing is true: fans listened to all of it at least once. After time, songs I didn’t initially like, grew on me. Today, bands don’t have that “time to grow” factor on their side. You’re so right in stating the importance of a theme... and just like “all things” marketing or engaging or attention span - we all tend to enjoy a good story.

Posted by Glade Swope
I wonder when online digital formats will evolve to support the "concept album" thing properly... IMO the biggest reason the CD is not dead.

Posted by James (Martyrs for Mayhem)
This is (literally) music to my ears. So glad to see someone else gets it. Artists who focus solely on singles quickly fall into a trap of having to write songs that are formulaic and as "Top 40 catchy" as possible, ironically not realizing how watered down and bland the songs become. It reminds me of the Seinfeld episode where Elaine's boss Mr. Litman opens a shop selling muffin tops. It doesn't go well and later Elaine explains to him that his mistake is in making only the muffin top, whereas in her eyes, you need to make the whole muffin and then "pop the top." Simply put, if you go through the process of creating a full record of various thoughts and feelings, and allow that record to move through different ranges of sounds and intensity levels, the better songs will stand out later. You'll "accidentally" write great songs as a result of riding that rollercoaster. That awesome tasting muffin top will rise to the top naturally. But if you're constantly trying to write a hit for radio play, it won't work. You'll miss almost everytime. And adding to what others have already said regarding an artistic statement and moment in time: think about everytime you try to tell someone about an artist you love. What do they generally say? "Where should I start?" or "alright, what's their one best record?" Psychologically, people crave organization. They don't want to be told "well, just go to their spotify...and...ya know...there's like...50 songs...and...they're all identical and sound the same, so...start anywhere!"