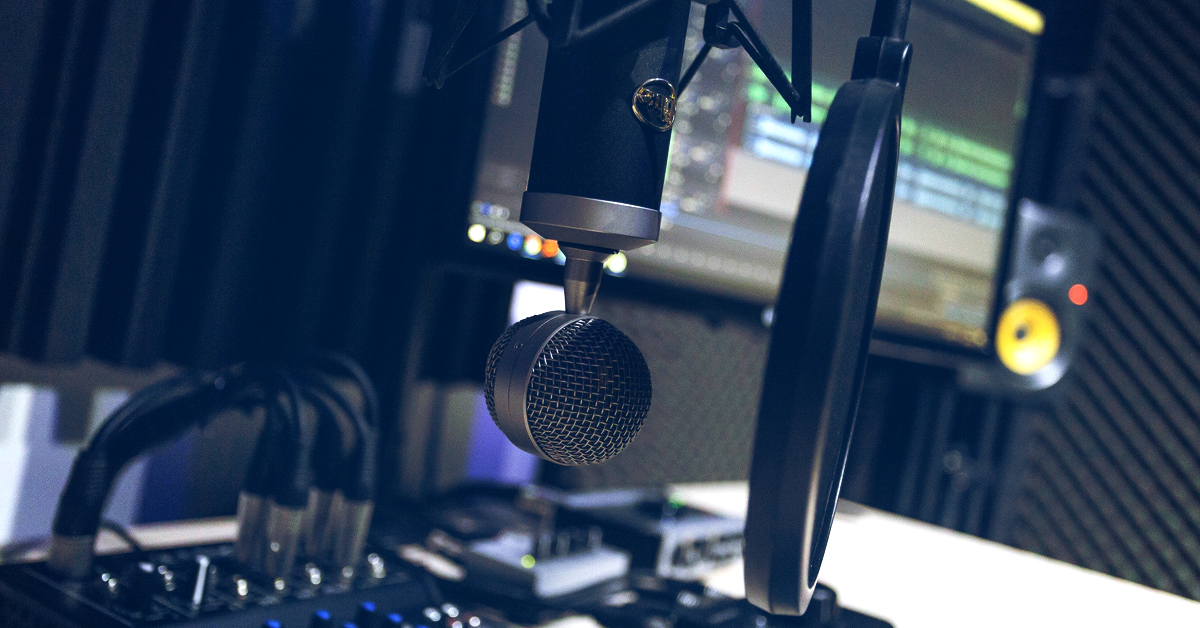 When it comes to mixing, balance is everything.

All of your levels need to work together and make room for each moment of the song to shine. Your frequencies should be represented equally with no one frequency range too loud or too quiet. There has to be a delicate use of compression to help give the track that sense of tightness and warmth, and not like it’s made of solid concrete.

But one component of mixing that isn’t talked about nearly as much as the likes of compression or EQ is stereo width, which refers to how your sounds move from the left ear to the right ear and incorporate all of the space in between.

Stereo refers to two channels: left and right, whereas mono is just one single channel, in which you hear exactly the same information in both ears. If you close your eyes with headphones on, a mono mix will sit around your nose, right in the center of everything. On the other hand, a wide stereo mix will expand all around your head, from unique sounds in each ear to frequencies above and below the nose, and even move from front to back.

But simply creating a stereo mixdown isn’t enough to achieve that coveted wide mix sound that we hear from artists like Flying Lotus and Flume. Rather, it takes strategic mixing work to really expand the dimensions of your stereo image and make your song sound huge and immersive.

Before getting into the details of how to achieve a wide mix, let’s take a look at what exactly makes up a stereo image.

You can’t just slap a stereo imager effect onto your track and expect the perfect wide mix. You need to address each component of the stereo image to carve out a clean and deep sound.

If you’re wondering, “Why do I need to make my mix wide?” The answer isn’t that you necessarily need to—there’s plenty of great music, especially from the past, that has quite basic stereo mixing. But in modern times, remember that your tracks are being played in cars, in clubs, in people’s 5.1 channel home entertainment systems, and in the highest technology headphones that have ever existed.

So a wide stereo mix can take your song to the next level and make it sound far more immersive, expansive, and overall impressive on both these high-fidelity systems and the average listening device, especially for artists who work within the realm of electronic music.

Now let’s look at how to get that sound!

The first step might seem obvious enough, but a liberal use of panning is key to widening your mix. This really is the first line of defense. If none of your tracks are panned beyond the center, your mix can end up sounding flat or muddy.

As you work, try pushing instruments far out into the stereo field to create space. This could mean panning a hi-hat all the way to the right, or a guitar all the way to the left. It also means subtle panning, too, such as pushing a snare slightly to the right or a synth slightly to the left. Be ambitious and really push where you might imagine hearing a sound in the stereo range.

It’s worth noting that certain instruments do best in mono, such as kick drums, bass instruments, and lead vocals (except during the chorus). If you pan a kick drum all the way to the right ear, everytime it hits, it is going to throw the whole mix off balance like an uneven seesaw. The less frequency baggage an instrument holds, the more you’re able to pan it liberally, such as something light like chimes or a shaker.

In addition, it’s integral that you keep your left and right channels balanced. You don’t want a lead guitar in the right ear, but only have a quiet tambourine in the left ear. A bit of asymmetry in your panning can be fun, but if it feels like one side of the stereo mix is louder than the other, your whole mix will feel off.

Think of it like a call and response: you put one instrument in the left ear, now put another in the right, etc.

Spatial effects refer to time-based effects like reverb and delay. If you want to think about space, imagine yelling “Hello!” in your closet. Your voice dies completely after you finish speaking. Now think about yelling it in a cave—your voice will echo throughout the cave and reverberate back to you.

The same thing happens in your music when you use reverb and delay. Most reverb plugins will come with a width knob that allows you to control how wide you want your reverb to be. Cranking this to the max level can take your lead vocal from flat and dry to massive and sweeping.

Delay effects allow you to send the audio signal from left to right, filling up more space in the mix. And while delay is traditionally thought of as an echo, it can also be used to create the illusion of a wide, or doubled, single track.

For example, if you set your delay time to approximately 30ms of delay time, the audio signal will play in the left ear, then the right ear within 30ms, which is fast enough that the human ear won’t hear the echo. This will make it sound like the sound is occuring in the left and right ear nearly simultaneously, with nothing in the center, giving you a wide audio signal.

Use wide samples and MIDI instruments

This is more of a pre-mixing process, but if you want a wide mix, look for samples and MIDI instruments that come pre-loaded with tons of width.

For example, the Serum plugin has tons of synths, pads, and MIDI instruments that stretch all throughout the stereo field.

A good rule of thumb is to start off with wide instruments, rather than trying to make a narrow track sound wide. Of course you don’t want every sound in your track to be huge and immersive, having some sounds in mono is key to achieving a balanced mix.

It’s important that you get your mix as wide as possible through panning, spatial effects, EQing, and more traditional means of mixing before you begin relying on stereo widening effects. Stereo imager effects should be used mostly as a finishing touch.

However, they can play a crucial role in giving your mix that extra bit of width that it needs. For example, iZotope’s Ozone Imager plugin is a powerful tool in creating a greater sense of width and depth to a mix. You can use plugins like this on individual tracks and you can use them as mastering effects.

Most mastering engineers will crank the width of your track in order for it to feel larger and more expansive. Most DAWs will come with a few built-in tools, such as Ableton’s Utility effect that allows you to control the stereo image.

But just exercise caution: less is almost always more. As tempting as it may be to crank the knob all the way, you might inadvertently create problems down the road. And speaking of cautions...

While many mixing engineers and producers today are longing for that epic wide sound, it’s important to remember that there is such a thing as too wide. In order to keep your mix balanced, here are a few things to consider:

1. Test your mix in mono

2. Too wide a mix can make sounds disappear

This might sound strange, but you can actually mix a sound out of existence.

For example, if you were to use Ableton’s “Utility” plugin, and push the stereo width all the way up to 400%, frequencies within that audio signal will start to disappear. If you play the track in mono, you might get silence. Many stereo imager plugins allow you to “crank it to 11,” and while that might sound cool in headphones, it won’t always translate to other listening devices.

Your low end is the foundation of your track and groove, which is why it’s best to keep it in the center.

Most stereo plugins will come with an option to put a mono high-pass filter on your track: meaning you can select to put all frequencies below 200Hz in mono. This helps to keep your mix strong and balanced with low frequencies in their sweet spot. Imagine having a huge 808 panned all the way to the left ear and listening with headphones: it would sound like someone is tugging your head underwater everytime the 808 hit.

So widen yourself out for clarity and cleanliness, but use these tips to make sure nothing disappears or gets overlooked. Good luck!

Sam Friedman is a producer, composer, and multi-instrumentalist creating downtempo electronic music under the moniker Past Palms, whose work has been praised by the likes of Mixmag, XLR8R, Apartment Therapy, Run The Trap, and more. He also composes music for TV & film, having produced national ads for brands like Taco Bell. When he's not composing, he teaches a variety of music production courses as a mentor for Soundfly.