The Dos and Don’ts of On-Stage Banter 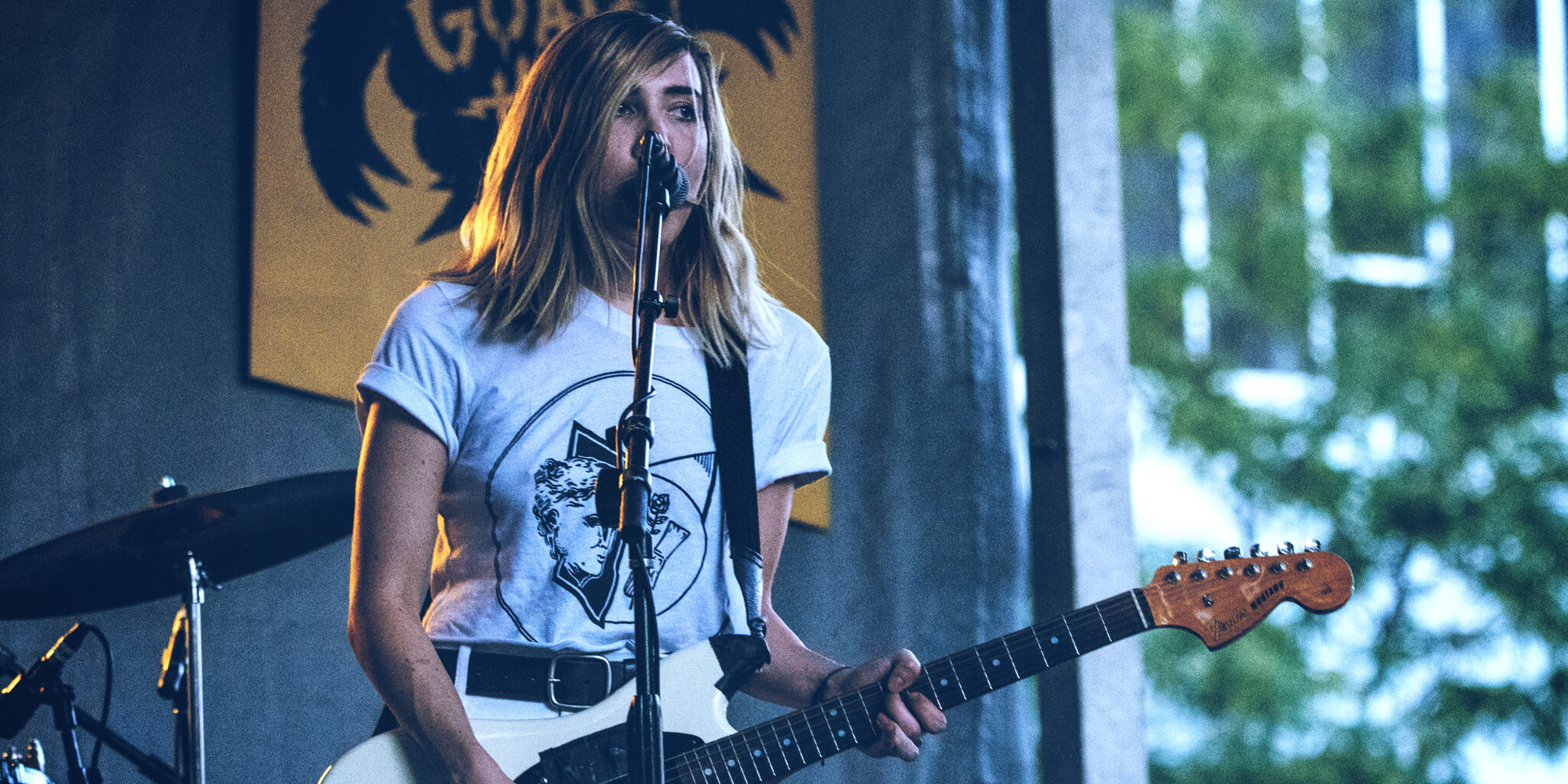 Some of the whole joy of hearing live music comes from witnessing those moments that make that particular night’s performance special. And that all depends on the band and their level of commitment to not only sing into the mic, but talk into it, as well.

Between the catchy choruses and the changing, colored lights, stage banter is there to raise the concert to a whole other level of memorability. Or… it can sink the concert down into the depths of “things people wish they could forget.” On the one hand, the main thing you’re here to do is play your music, which, hopefully you’ve got down pat. Yet on the other, conversing with the audience between songs and sets is a necessary entertainment element that requires almost as much practice, refinement, and finesse. In other words, stage banter should never be an afterthought.

If you are a band leader and you have been given the majority of the group’s audience engagement duties, it’s going to take some time to adjust if you’re only just getting out there. The ability to effectively go up and “wing it” will come with time, but there are certainly a few rules to keep in mind (even if you have to write them on your palm before going out on stage at first). Here they are.

Mention your band’s name (or your name, if you are a solo artist).

This item seems like it belongs in its own category simply called “Duh.”

But still, you’d be surprised. Many a band have either forgotten to mention who they are entirely or the mention came and went so quickly under someone’s breath one time during the set that no one remembered afterward. Who you are is the number one thing people have to remember — how else are they going to find and keep up with your music in the future?

Get on stage, look confidently out to the audience, and clearly tell people whose sounds they are hearing. Follow that up with a reminder at the end of your set, possibly right before starting your last song.

If your name has an unusual spelling or can easily confuse people, make sure to clarify those things so people don’t look up the wrong group (i.e., Stephen Christian vs. Steven Christian, or how the Toronto band, Alvvays spells their name). This topic naturally allows you to then encourage people to connect with you via your social media accounts, so try to have fun with how you ask people to find you.

If playing a show out of your hometown, mention where you are based.

Playing that first gig outside of your stomping grounds is an important milestone in the life of any band. Often, up and coming acts will find themselves performing in a room where nobody knows who they are. But it always helps to identify a band by their city — plus for many it can be a badge of pride — so, even if the show is hundreds of miles away, mention where you’re based.

People who like your sound may try to catch one of your gigs if they’re in your town in the future, or, in the best case scenario, musicians in the audience may be looking for gig help in your city. Don’t let these opportunities slip through your fingers!

Mention the titles of your most popular songs.

Why? Firstly, if they’ve checked out your music in advance, they’re likely to recognize those songs by name, and get excited when you start playing them. They may even sing along! Secondly, if they remember only one thing about your set and you can help influence which thing that is, wouldn’t you want it to be your best work?

If you’re playing a new song that’s still “untitled,” or perhaps still in the works (many times, road-written tunes won’t have titles right away), mention that. This adds to the unique value of the night, and people often feel flattered that you’d perform an unfinished piece for them!

Mention who plays what in the band.

Just because you are the front person doesn’t mean you are the only person in the band. Give recognition to the other players either in the middle or at the end of your set. Not only does it show humility, but it gives people even more ways to leave the room thinking about your group once the show is over.

Here is another element that’s just good form. Your band was invited to play in a venue, so thanking the establishment for hosting your group is only fair. In the case of venues that double as busy bars, it’s always a nice courtesy to thank the bartenders as well. (Encouraging the audience to grab a drink doesn’t hurt either, as the venue will appreciate you helping to get people to the bar.)

Thank yous to the house sound engineer and if applicable, lighting designer, will always be appreciated. They’ll even be expected if you asked for, and were swiftly given, several level adjustments during your set.

Let people know what’s coming up in the near future.

Perhaps you already know the next date you’ll be back to play in a particular city or venue. Maybe you have an EP or LP release date coming up soon. Whatever the case might be, be sure to tell everyone what’s coming up in the future for your group so they have a reason to keep up with you after the show. Playing gigs are about making connections and including the right information in your stage banter is what helps keep those connections in the long run.

Mumble or leave moments of dead air between songs.

Dead air and a front person who is hesitant to speak or make a connection are two of the fastest ways to create a cloud of awkwardness in a room when a band is playing. Energy and enthusiasm are what keeps people interested, so a lack of that mystical energy in the room might just naturally propel the audience to lose faith in your band, or, at worst, leave. If something like a stubborn guitar string is leaving the band with a few extra unexpected minutes to fill, plan to have back-up material — a funny story, a short solo song, an audience question, etc. — to drum up an impromptu conversation with audience members while they wait.

Be unprepared with material to talk about.

It’s always a good idea to have a stash of anecdotes on hand for those times when an instrument takes longer than usual to tune or if there’s another unexpected technical difficulty between songs. If you’re on tour, anecdotes can easily come from talking with the audience about certain aspects of their individual city.

Visiting Chicago and your band is from New York? There’s bound to be some friendly pizza competition chatter in there somewhere! Talk about the pizza you tried for lunch and ask for recommendations on where to get the best slice after the show.

Talking about local stuff builds a sense of camaraderie between you and the residents of that specific town — there’s something relatable that now bonds your band with that place.

Cross the line with anecdotes or jokes.

We could debate about this all day, but in general, it’s probably a good idea to try not to offend anyone when you’re on stage performing for a crowd of strangers. If you want to use your platform for voicing your opinions about politics, that’s your choice, but we’d encourage you to do it responsibly (i.e., avoid making comments or jokes that would purposefully hurt people’s feelings, or possibly endanger them by inciting violence).

When it fits, it fits, of course, but remember that people have also paid to see a musical performance — so first and foremost, don’t ruin that for them. And that goes for both the people in the audience, and the other bands present. Don’t trash talk another group, for any reason, ever (and yes, this is another mistake I’ve actually seen happen among new bands). It doesn’t make you look cool and it does basically always put your band at risk of being blacklisted by the venue or promoter in the future.

There is no one way to engage with a concert audience. Every band has their own style and that’s part of what makes one concert experience so incomparable to another. The more your band plays out and the more experiences you have, the easier and more natural it will become to find common ground with the audiences at your shows.

The key from the beginning is to go out there excited to be doing what you’re doing. Even if there’s a roadblock or two, as long as people see you’re having fun and that you want them to have fun, everything will work itself out over time. Like anything else with being in a band, practice makes perfect!

Kira Grunenberg is a New York-based freelance music journalist with a never ending love for brick and mortar record shops. She is the founder of Throw the Dice and Play Nice — a site dedicated to changing how we embrace music and the arts. You can find her on Twitter @shadowmelody1.