Streaming for Musicians: How Does It All Work? 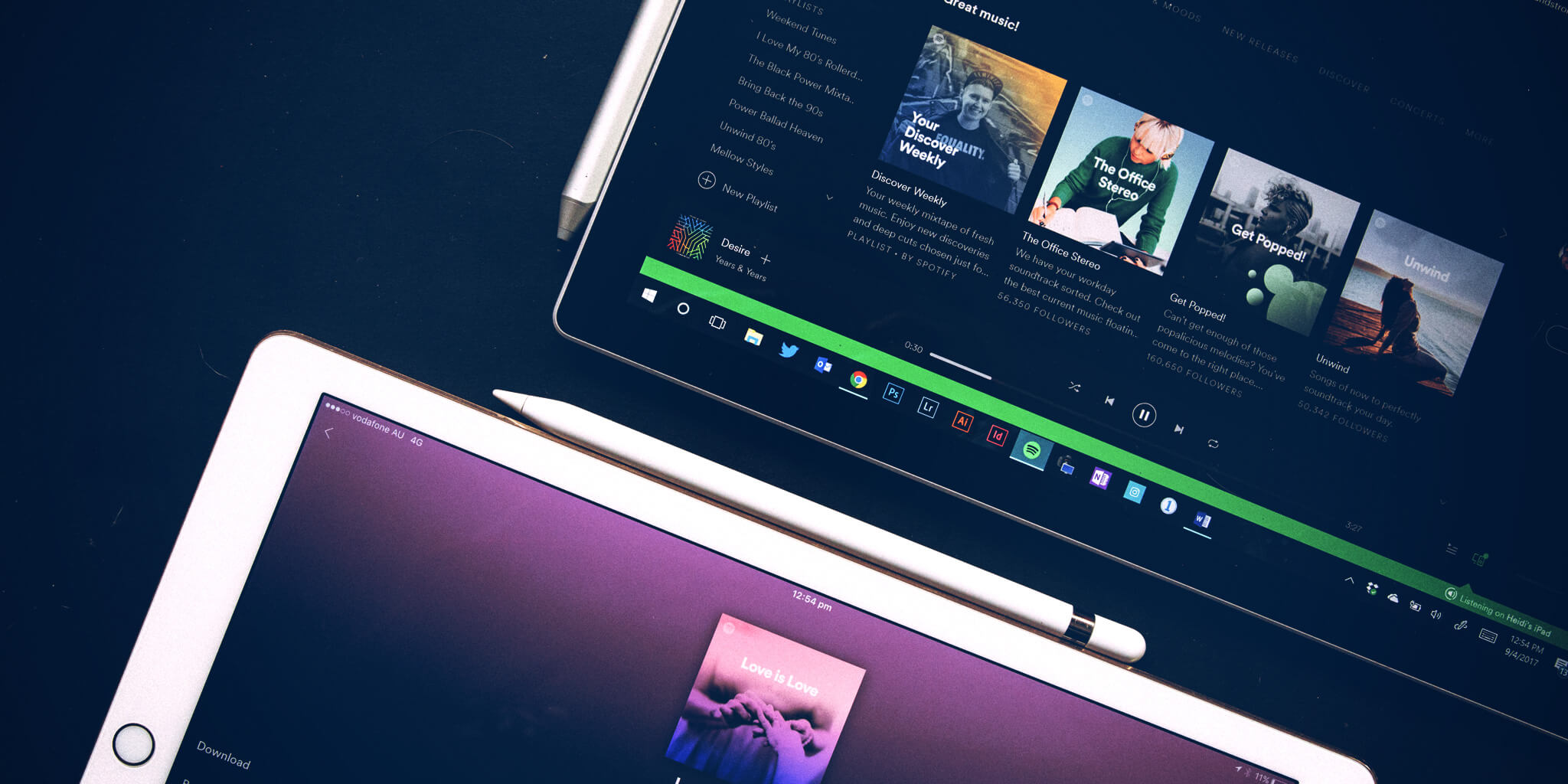 After Napster was notoriously forced to shut down in 2001, Apple saw an opportunity worth exploring.

The release of the iPod and the iTunes Store in 2001, followed by the iPhone and the explosion of mobile apps in 2007, dominated much of the conversation around music technology at the time. But Pandora, launched in 2000, was simultaneously gaining traction over those same years.

The element of personalization and the excitement around algorithms was catching on — as was the freemium ad-supported model — and it paved the way for the success of newer streaming services like Spotify. (For an in-depth exploration of the history of streaming music, this is a great read.)

In just the last few years alone, we’ve seen lightning-speed advancements in the music streaming space, along with a slew of industry shakeups: Tidal’s launch in 2014, Apple Music’s launch and its acquisition of Beats Music in 2015, Rdio shutting down and being purchased by Pandora that same year, and, most recently, Spotify going public in April of this year.

How does streaming fit into the bigger picture?

The global recorded music market grew for the third consecutive year in 2017 — and we have streaming to thank for that.

For the first time in history, streaming has become the single largest revenue source for the music industry. According to Variety, “Streaming now accounts for 38.4% of total recorded music revenue and its growth has more than offset a 5.4% decline in physical revenue and a 20.5% decline in download revenue. Total digital income last year accounted for more than half of all revenue (54%) for the first time.”

One analysis revealed that the “big three” record labels (Sony, Universal, and Warner) made a record-breaking $14.2 million per day from streaming services last year. Universal alone made $4.5 million per day in 2017.

So, if there’s all this streaming money out there, why does it seem like it’s not ending up in artists’ pockets? We’ll get into more specifics below, but the simple answer for now is that everyone — especially the major labels — wants a piece of the pie. By the time it trickles all the way down to the artist, the slice that’s left is usually shockingly small.

How does streaming work?

There are actually two distinct kinds of music streaming services. The first is noninteractive, which means that the user experience is similar to listening to the radio — the service decides which songs you listen to and when. Pandora is the most popular example of a noninteractive service.

The second kind is interactive, which means — you guessed it — the user can interact with the service and have full control over their listening experience. Spotify and Apple Music are in this category, and even Pandora has followed suit with the launch of its new on-demand tier, Pandora Premium.

As you probably already know, there’s no music ownership involved with any sort of streaming service. Whenever you click “play” on a track or a playlist, you’re simply “licensing the right to listen to the song in that particular moment, whether you pay a subscription or sit through an ad,” as NPR puts it.

How do musicians make money when their music is streamed?

If just the thought of royalty rates makes your head spin, you’re certainly not alone. Streaming royalty calculations are incredibly complex, and the truth is that most people — even music biz pros — don’t fully understand how it all works.

The reason why it can be so confusing is because payouts aren’t based on a fixed “per-play” rate; they’re based on a percentage of total revenue, with several moving variables involved. That means that 10 different artists with the exact same number of streams could be receiving 10 radically different royalty payments. And, most likely, none of them will be receiving the average per-stream payout that we see cited everywhere in comparisons of streaming services.

As an artist, it’s not necessary to understand how every little calculation works, but it is worthwhile to have a basic understanding of the factors that play into your royalty rates.

Before you see a fraction of a penny from a streaming service, flat percentages of the company’s monthly revenue are taken right off the top by major labels, performing rights organizations, and, of course, the streaming company itself.

After that is where things get complicated, because it depends a lot on whether you’re signed or unsigned, and whether you write your own songs or just perform them. We’d highly recommended checking out the Future of Music Coalition’s charts of how the money flows to better understand how you get paid as an artist and/or songwriter — and how proactive you might need to be about actually getting the money you deserve.

Spotify’s royalty formula, for instance, takes into account the percentage of paid users, the country, and the artist’s royalty rates, among other factors. (If you’re interested in the specifics, you can learn more here.)

As you can see, factors like these are simply out of your control as a music creator. But the good news is that things are starting to move in the right direction for songwriters: In January of this year, the U.S. Copyright Royalty Board ruled to increase songwriter rates for interactive streaming by nearly 50% over the next five years, and to simplify how songwriters are paid mechanical royalties.

How to get your music on streaming platforms

There are over a dozen digital distribution companies that make it quick and easy to get your music on all the major streaming services out there. You retain 100% of your rights and ownership, no matter which company you use.

There’s truly no “best” or “worst” distribution company. There are pros and cons to all of them, and you just have to decide which one makes the most sense for your current financial situation and music career level. We encourage you to read Ari Herstand’s comprehensive comparison of digital distribution companies to help you decide which option is best for you.

Also check out: How to Get Your Music Featured on Spotify Playlists and Streaming for Musicians: The Data That Matters Most

Lisa Occhino is the founder of SongwriterLink and the Director of Marketing & Communications at Soundfly. She’s also a pianist, award-winning songwriter, and graduate of Berklee College of Music.

Posted by Keylan
For me Pandora is better for fan disovery because of their non interative steaming function, but Spotify is better in terms of streams payouts. If Spotify were to adapt Pandoras streaming algorithm inside of non-premium accouts not only would fan discovey be increased &amp; paid account streams increase, so would royalty payouts considering payouts are based on what type of account they have (paid or free). Spotify could dominate the market id they supported artist more with royalties like tidal does. They would be the wal-mart of music &amp; vice versa fir pandoras

Posted by Jon Hart
Streaming is the way forward. I mean check out this article from fellow solo guitarist Lance Allen - https://goo.gl/zPZQCL. He's got himself on thousands of playlists by grinding away and he's turned it into an automated business along his other music business spinning plates. And with more streaming sites building up their engines all the time - Pandora, Deezer, Amazon Music etc etc, we're hitting a golden age. I've found my CD sales are mainly at gigs these days, so to have the back up with streaming alongside my guitar teaching, events business and session work is a real bonus. But to get to thousands of playlists, some serious grinding and detective work must be done. I've only just got started and I'm already seeing a 200% increase in stats. Ideally, I'd get on Spotify's curated playlists but that's the hardest nut to crack - having a decent profile with tons of streams will help though :) I've tried Tunecore, CD Baby and Soundrop with lots of different releases. I'm now with Distrokid, which I feel is the best for DIY artists - especially when you're on a budget.

Posted by Jon Hart
....I've signed up to Pandora but they have many restrictions for users outside of the US. They've really got to fix that and go worldwide.

Posted by Prasad Jadhav
Hi. Amazing piece of info. Now I know how popular Spotify, Amazon Music etc are among all their followers. One can listen to their favorite artists and songs on this site. Just check this.