Posted by Charlotte Yates on May 06, 2021 in: Music Career Advice 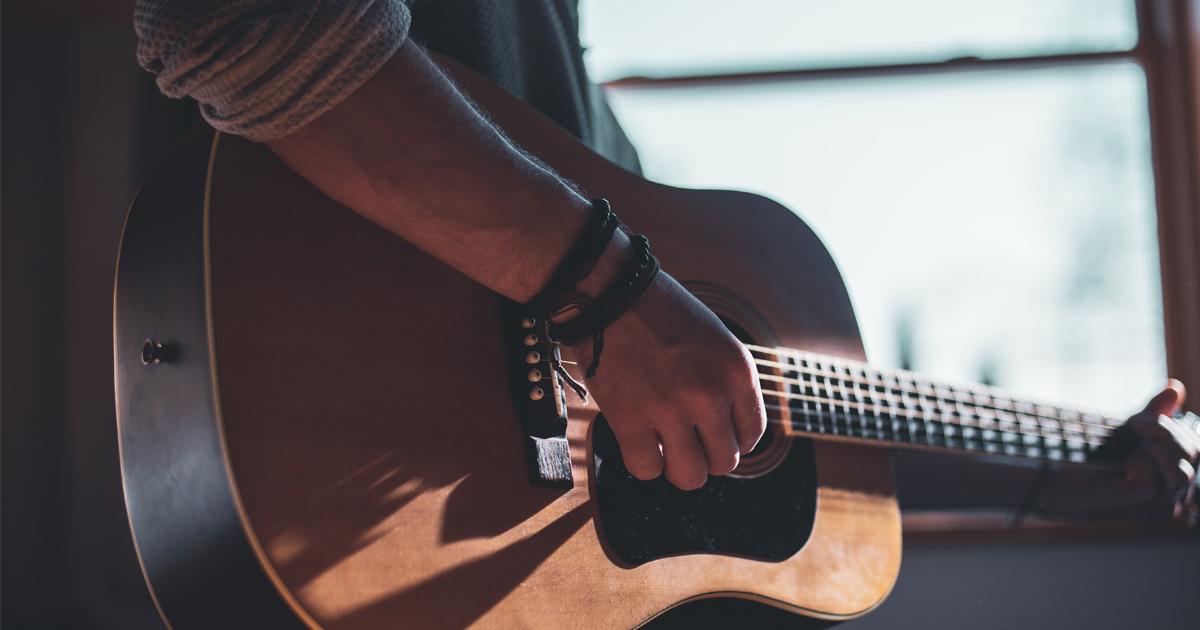 We know that music evokes pretty intense emotional reactions. While we’re not sure precisely why humans even have music to begin with, we do know we’ve pretty much always made it—and always loved it!

In a new major study, neuroscientists from UC Berkeley mapped out emotional responses to thousands of musical excerpts in dozens of genres and collated these 13 overarching feelings as tags in an interactive mood space: 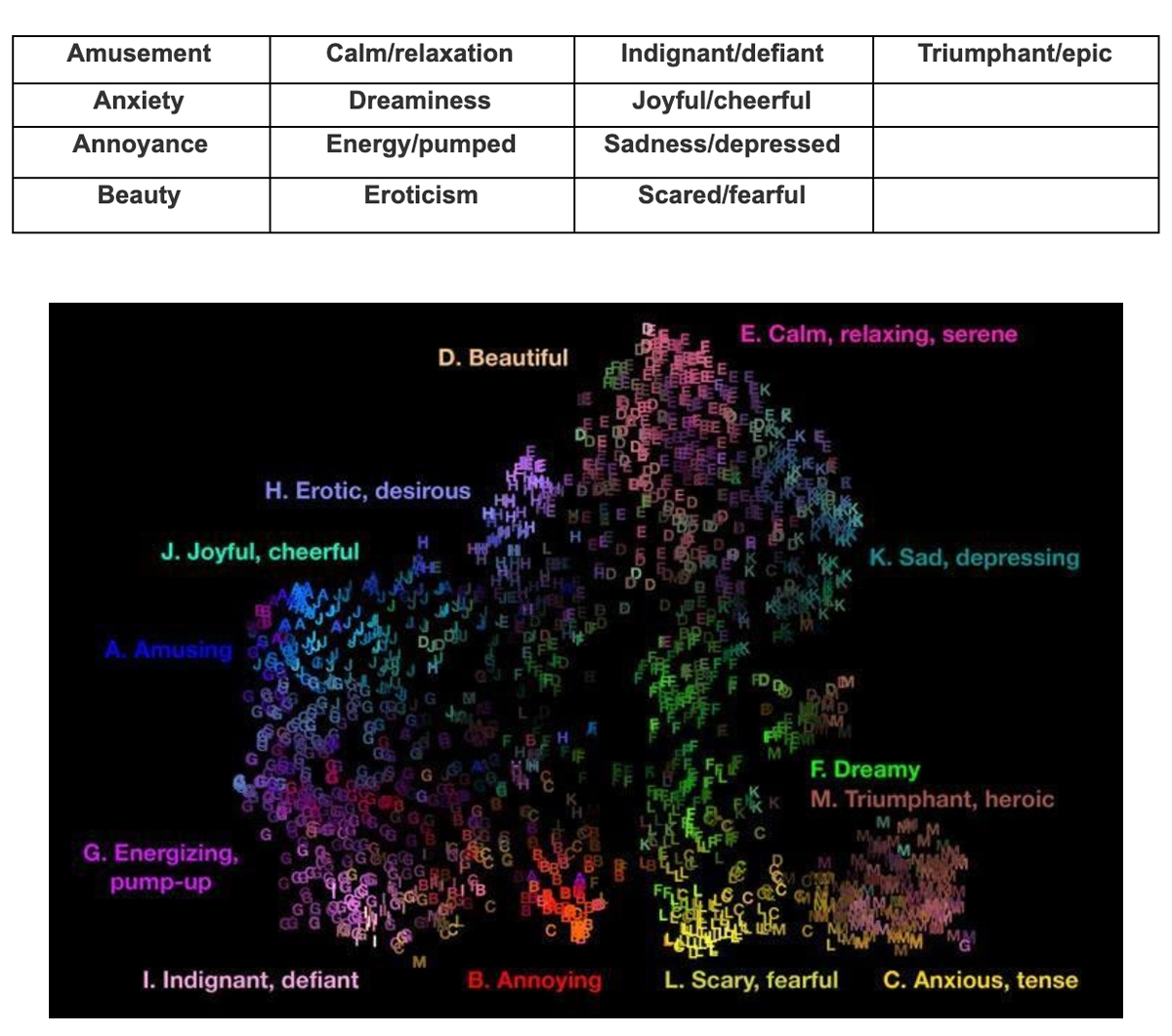 The map displays emotional experience in a two x two dimensional framework. The first is called valence—where the type of feeling (anger, joy) fits on a spectrum running positive to negative.

The second is the level of arousal the emotion evokes—you can be highly aroused (pumped up) or not (calm).

As songwriters, knowing how to deliberately provoke a particular emotion, such as these, in an audience is a core part of our job. It turns out one way to access this is through the chords we use; the song’s harmony.

An earlier study by German scientists showed individual chord types just played on their own provoked a measurably wide range of emotions. Each chord’s distinctive sound was demonstrably connected to a particular mood.

But generally, chords don’t exist as sole entities in songs. They come in patterns or sequences called chord progressions. These help create the ebb and flow of emotional direction in your song, and can elicit even more degrees of subtlety in terms of the feeling you’re looking to create.

Effervescent German music educator Friedemann Findeisen simplifies the number of chord types, but suggests it’s the first chord type in a progression that determines the overall mood, while subsequent chords are responsible for nuances that color a song’s basic emotion. He calls them sub-emotions.

So to get a romantic (positive) feel, try starting with a major chord (happy) but the next chords could include dreamy sounding chords like a minor 7 or a major 7 (eg: I-v7-IV-IV Maj7).

A more downbeat depressed feel might start with a minor chord and use a completely minor progression (eg: i-iv-i-v).

UK synth wave sound purveyors and blog, the Opus Science Collective has created a very intriguing chart that spawned from jazz pianist Cory Henry’s block chord improvisations. OSC realized that what looked like mind numbing chord clusters were combinations of simpler chords (see above); one in the left hand and one in the right.

He created a mean cheat sheet with 31 associated mood flavorings if ever you’re at a loss at the piano! Here’s a sample: 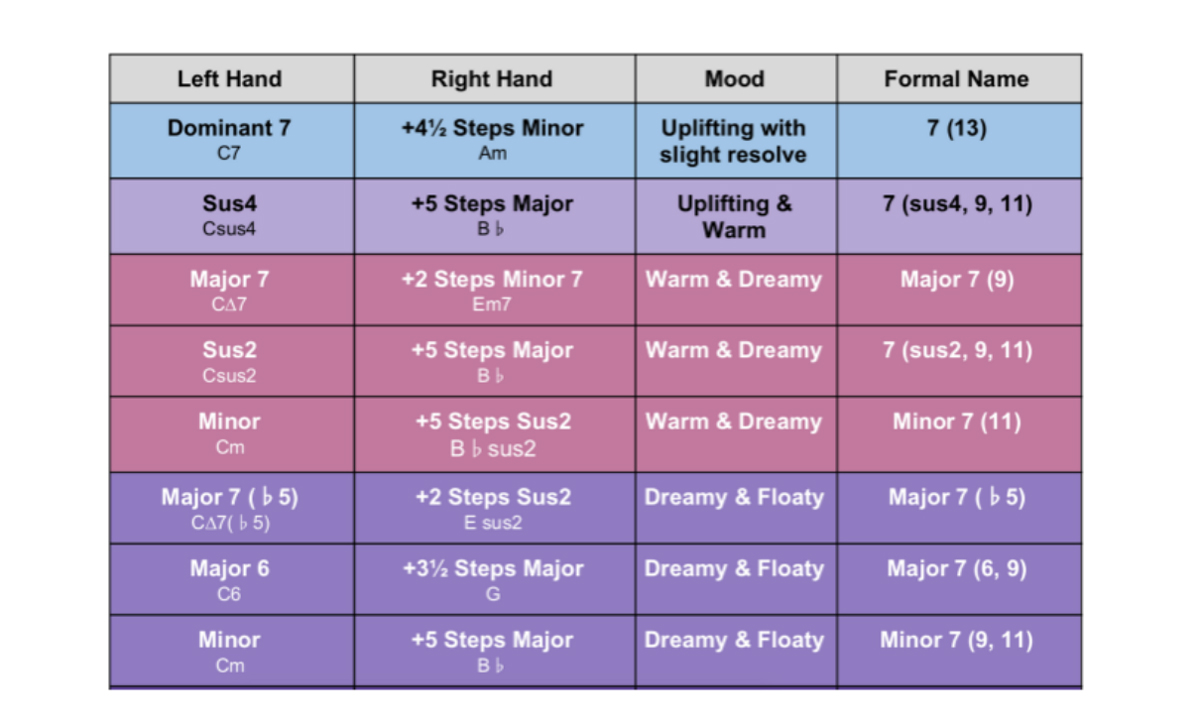 Finally, US guitarist and erstwhile Reddit stalwart of We Are The Music Makers, u/voxmann, aka Murray Christie, has gone even further. Murray said he was:

“Looking to understand how I could be more deliberate in how I evoke emotion in songwriting.”

He has linked multiple chord changes on the guitar with more defined emotional descriptors on the Kaitlin Robb Wheel of Emotion (below), finding the color coding easier to plot. 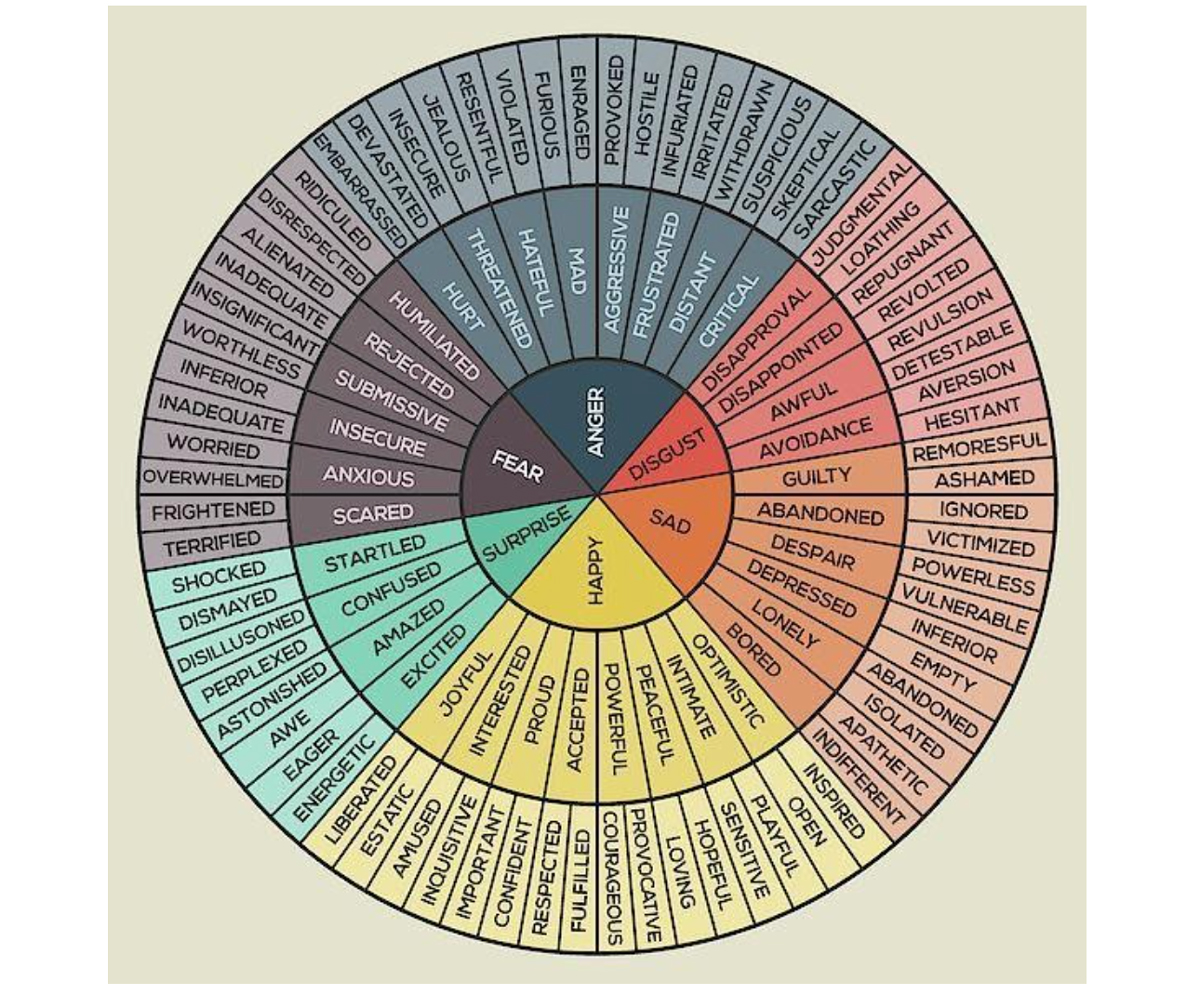 Here’s Christie’s original Reddit post, which has attracted a great deal of interest. I contacted him directly because it was an idea I was going to pursue but he beat me to it!

See if it works for you: 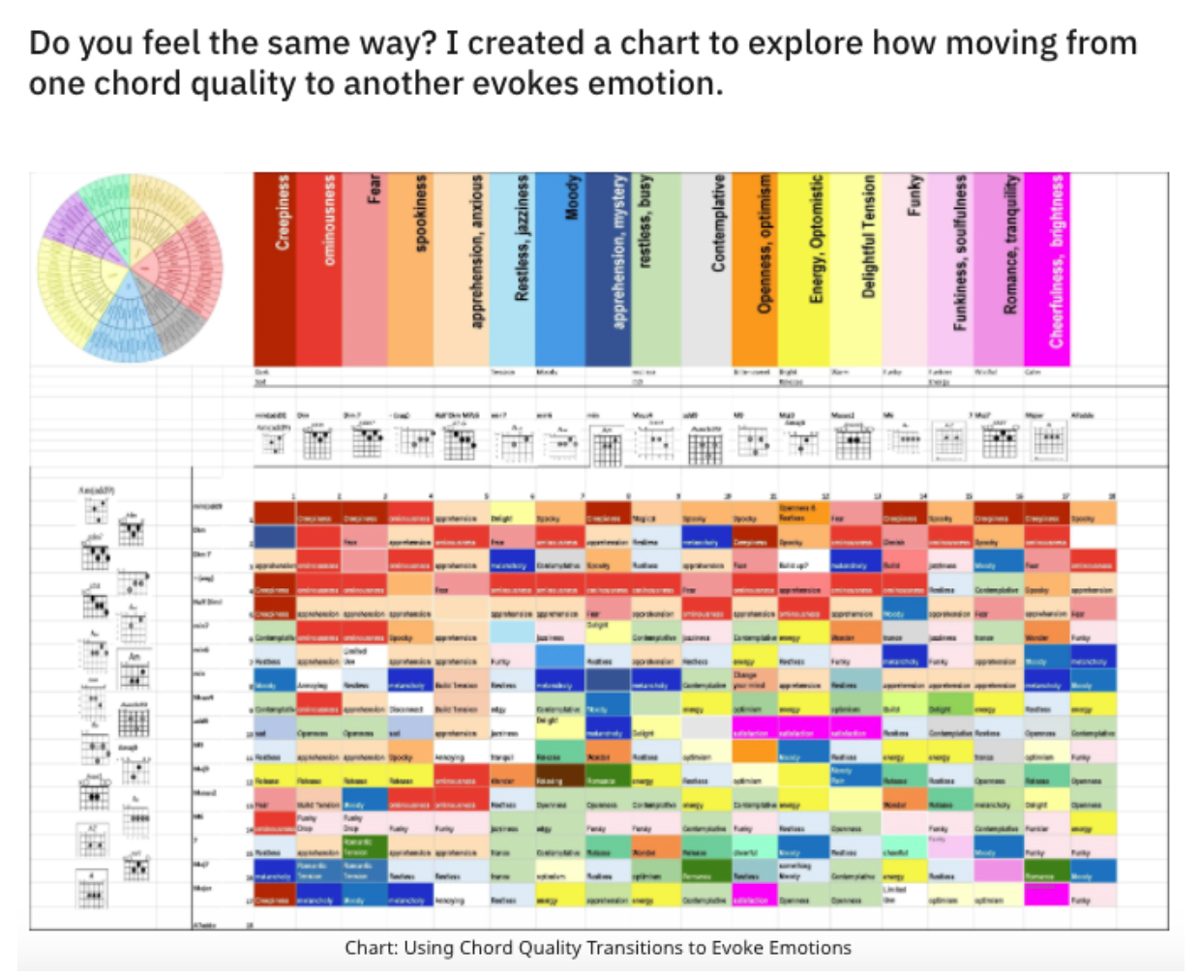 While the jury is still out on the exact neuroscience of how music elicits emotions, there are some simple (and less so tools) available that can act as triggers to explore chord colors and combinations, and the shivers they deliver!