Recording your album: How to make the most of your studio time 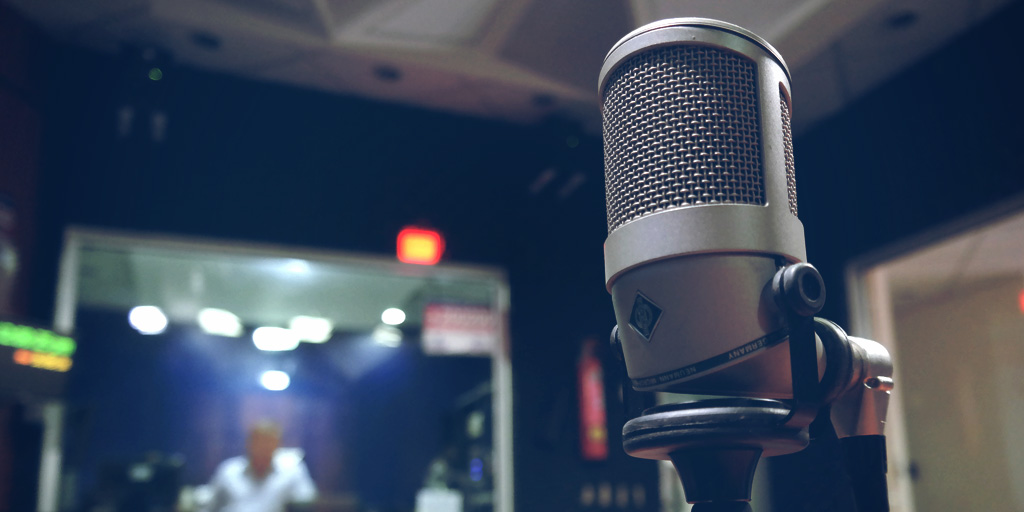 You’ve decided the time is right to record your album. You have your songs written, you’ve chosen your team and a studio to record in, and your crowdfunding campaign is up and running.

Now is when the real magic happens - it’s time to head to the studio! Studio time is precious, and today I want to give you some tips for making the most out of your time in the studio, through the recording, mixing, and mastering process.

There’s nothing quite like the feeling of stepping into a studio full of gleaming condenser mics, massive surround speakers, and a console full of exciting switches and buttons. Coming from a classical background, I found the prospect of all this gear both thrilling and overwhelming.

Before you start recording, make sure to sit down with your producer and decide what gear you want incorporate into your album. Are there certain mics you prefer over others? Do you have any instruments that are tricky to record that you want to use? These are all good conversations to have with your producer.

In my case, I really didn’t mind the producer taking a strong artistic stance on the recording, so I left a lot of these decisions to him. If you do have a strong idea about the equipment used though, you might as well make your opinion known - it’s your studio time, after all!

Once you’re tracking parts, chances are you’re going to do more than one take of each song. I’m a big fan of tackling entire songs per take. Whether doing separate instruments, or recording live off the floor, I like having the flow of an entire song tracked, as opposed to little parts. Generally, if you have two or three really good takes of the entire song, the producer should be able to work with them. If after two or three takes, the same section isn’t good every time, then it might be good to consider just recording that part separately to nail it.

How do you know if a take is good? Some of that is just a matter of opinion - the producer may be looking for a certain sound, and won’t be happy until they hear it (and the same goes for you too). You may hear a take and realize you want a lyric changed, or a section of melody. And obviously, any straight up mistakes like missed notes will need to be resolved.

With that said, there will come a time when you have to accept that a take is good enough. Since time equals money in the studio, eventually you may have to manage your producer and players’ expectations and move on. It’s ok to gently say something is good enough if someone on your team gets hung up and is insisting on recording take after take. You can always offer to circle back to it at the end of the session if there is time.

Once principal recording is complete, you’ll move on to the mixing process. Depending on your producer’s approach, you may or may not be directly in on the mixing sessions. Some producers prefer to work on the mixes on their own and send you tracks as they work on them, and others don’t mind if you sit in and give your input as they work.

Keep your budget and time constraints in mind during this process - it’s easy to get wrapped up in small details that may not have a meaningful impact on the final product. Just like with recording takes, know when to move on and decide a track is ready.

[Your Home Recording Studio: 5 Tips to Help You Mix Like a Pro]

With that said, once your producer sends you mixes to review, make sure to listen to them carefully and discuss any changes you want made. Now is the time to make your voice heard and ensure that you’re happy with the tracks.

Consider that the mixes need to be final before they head to mastering. Once you’re into the mastering process, you’re going to end up wasting quite a bit of time and money if you decide you don’t like something in the mix and have to go back and adjust it.

Once you have the final mixes in your hand, it’s time to move on to mastering. Depending on your situation, your producer may offer to master your album for you, or suggest that you bring the mixes to a separate studio.

I’m a big fan of having someone else do your mastering. It’s useful to have a fresh pair of ears listening to the tracks. They’ll have a more objective view of the project in general, and may find things that were missed by your team.

When it comes to choosing a studio for mastering, take a look at a catalogue of past projects the studio has produced. This should give you a good idea of the kind of polish they will add to your album, and if their style of mastering suits what you’re looking for.

Finally, if your budget is tight, consider using a service like LANDR. They offer automated instant mastering for quite a bit less than traditional studio mastering, and their platform is quite streamlined and easy to use.

If I can leave you with a final tip for making the most of your studio time, it would be to have fun! Musicians dream of getting to record their work in a studio, and it truly is special to have the opportunity to do so. So savour every step here, and get excited for your studio time.

Posted by Lisa Addeo
Another thing that is very helpful to make the most of your studio time is to have your part down COLD. If you’re doing an acoustic instrument like live grand Piano, bass or guitar, etc have it down cold. If you’re singing, warm up every day several days in advance. Take care of your physical body as your recording date approaches. Get as much sleep and rest as you can, eat healthy and when its time, go for it! :):)