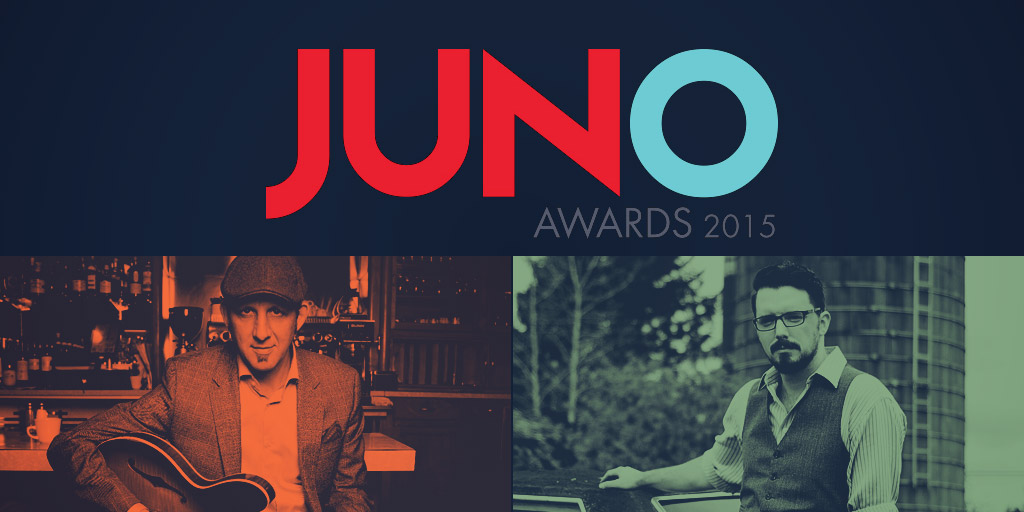 After featuring Grammy nominated Bandzoogle members on our blog (see that post here), it’s only fair that we also highlight JUNO nominated members as well. For our friends outside of Canada, the JUNOs are the Canadian version of the Grammys.

The JUNO Awards are happening this weekend, and we’re excited that a couple of Bandzoogle members have been nominated! So we wanted to congratulate them, and also highlight their sites so you guys can be inspired by the websites of a few of the very best Canadian artists. 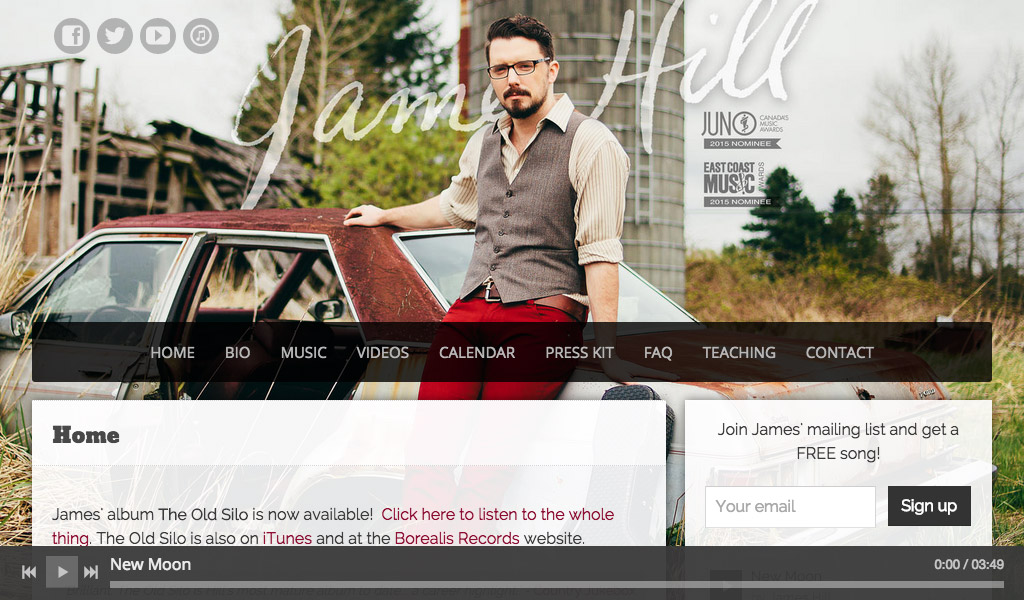 Who: James Hill
What: Folk/Roots Singer-songwriter
Where: Brookfield, Nova Scotia, Canada
Why his website rocks: James Hill is nominated for Folk/Roots Recording of the Year, and there is so much that we love about his website!

He’s using our Dusted theme, and takes advantage of the full background area with amazing professional photos. We especially like that he added his award nominations to the background image on his Homepage, putting his best foot forward as soon as you land on his site.

We also love his Press Kit page, which highlights perfectly the 8 things that should be in every band’s digital press kit! And on his Contact page, he makes it easy to get in touch with the right people by including contact info for his booking agent, label, and a mail form for fans to send him a message directly. Really nicely done James and good luck this weekend! 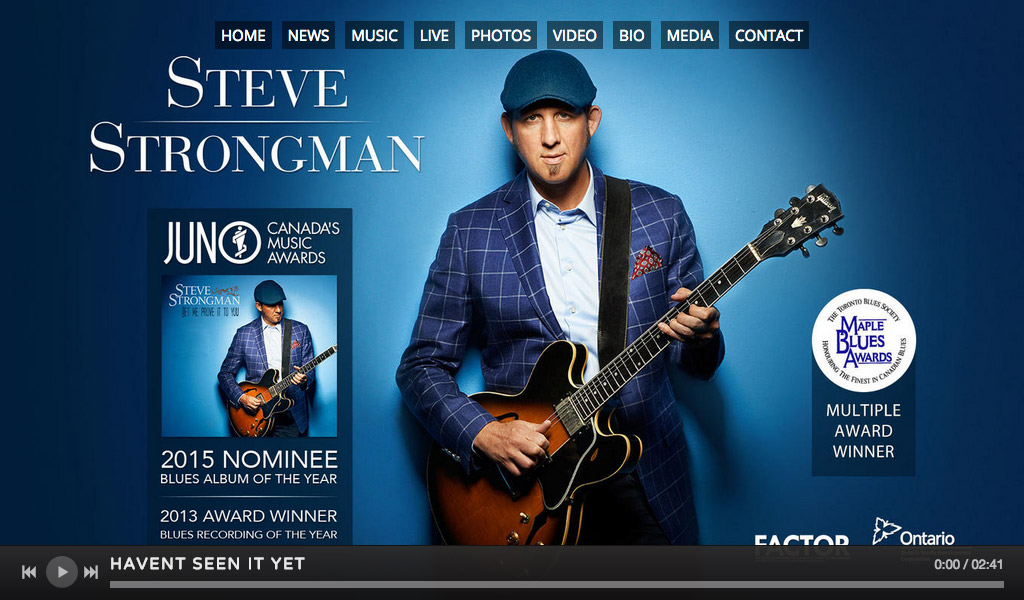 Who: Steve Strongman
What: Blues/Acoustic/Rock Singer-songwriter
Where: Hamilton, Ontario, Canada
Why his website rocks: Longtime Bandzoogle member Steve Strongman is up for Blues Album of the Year at the JUNOs this year. Much like James Hill, Steve does a great job at using professional photos and putting his best foot forward.

Every header image on his site features a great photo, and on his Homepage he added his award nominations (and wins!). This immediately adds context to his music when you land on his site, as you know right away that the industry has deemed him to be one of the best blues artists in the country. Well done Steve and good luck this weekend!

Posted by Emma Bacon
Wow! This is helpful as a new artist! Thanks for sharing!