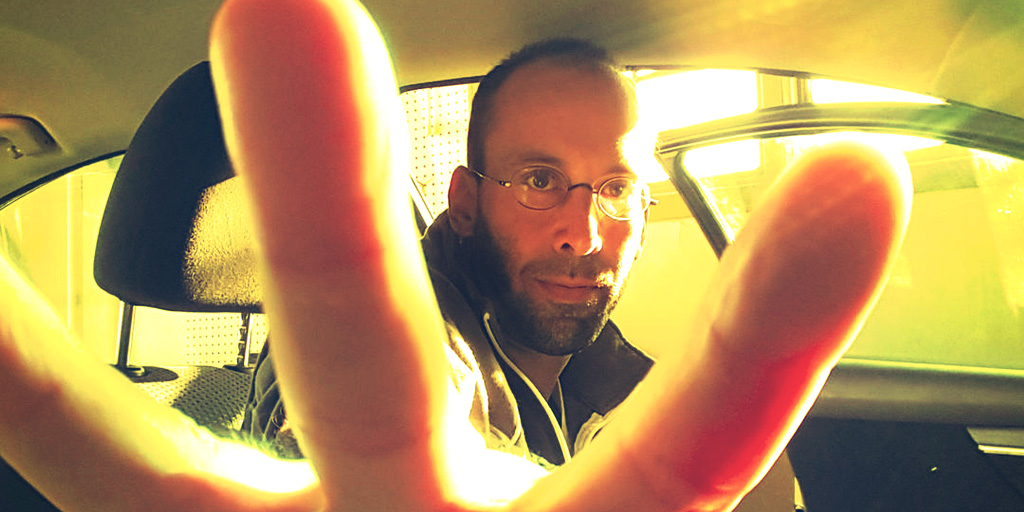 When Shaun Friedman of UnbelievableBeats.com decided to do something with his library of unused beats, he built a Bandzoogle website to put them online. Instead of selling his beats, he gave them away for free to build his mailing list, and found other creative ways to make money from them.

[How to Build a Website to Sell Beats Online]

He had over 100 free beats on his website when he launched it, and later added over 70 free loops. 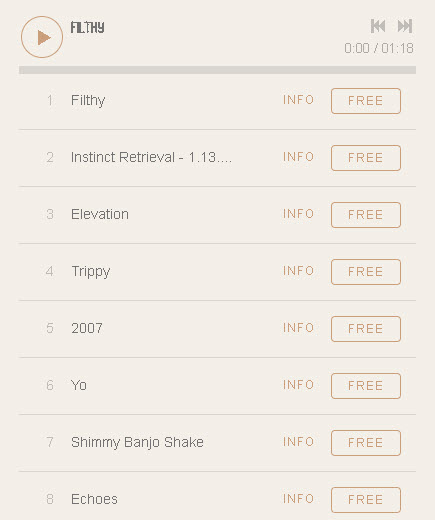 We talked to Shaun about how he used his free beats to grow a huge mailing list, and how he uses it to help earn a living as a producer.

Shaun started composing music seriously as a teenager. Since then he’s continued to build his production skill set - becoming an expert in FL Studio, ProTools and Reason - and to grow his income sources from music. When he launched UnbelieveableBeats.com in 2006 his beats and production skills hadn’t earned him any income. “My beats were in the closet doing nothing,” Shaun said.

The success of his free beats project sparked his entrepreneurial spirit, and since then he’s kept on launching new projects to expand his career.

Shaun was starting out as an unknown, with a brand new website and no audience, and with a lot of other producers competing to sell beats to artists.

Since launching UnbelievableBeats.com Shaun has grown his mailing list to 20,000 subscribers, and earns part of his living by monetizing his free beats. He has top search engine rankings for the keyword “free beats” which brings a lot of traffic to his website.

Shaun’s UnbelieveableBeats.com project had three main steps to it:

Shaun launched his website with a couple of secret weapons in his pocket for SEO (search engine optimization). Organic search engine rankings became the biggest source of traffic to his site.

His first secret SEO weapon was Bandzoogle, which he chose because it offers the features and flexibility he needs to optimize his website for search engines, but also has a lot of automatic SEO features built in.

[13 Reasons Why Bandzoogle Has the Best SEO for Musicians]

His other secret weapon was that he simply had a ton of free beats - more than most (or maybe any) other websites at the time.

“Having many beats available helped the cause,” Shaun said. “Users can hear the varying styles and see a long list of tracks.”

There’s a specific page on his website that’s dedicated purely to free beats. His website has high rankings in Google for the keyword “free beats” and other similar keywords. He has never spent any money on Google ads. 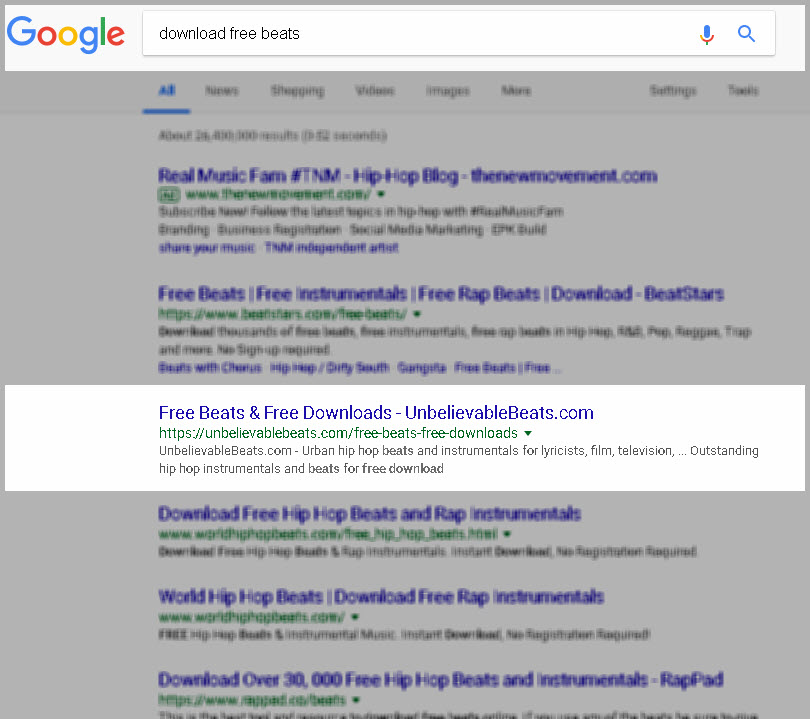 "Bandzoogle is so friendly with search engines,” he said. “I mistakenly changed platforms at one point and blew up all my good mojo, but after switching back to Bandzoogle I was able to get the rankings back.”

Using this tactic, which was made possible using built-in Bandzoogle tools, he was able to grow his mailing list to 20,000 people.

As Shaun puts it: “Bandzoogle’s platform actually allows user to download a free beat using three potential options. The first way is simply free. The next way requires an email address.  The final way is to require a member login.  I use the ‘requires an email address’ option, and then the email is automatically captured and added to the mailing list.”

When a visitor to UnbelievableBeats.com clicks to download a beat, an email signup form appears. 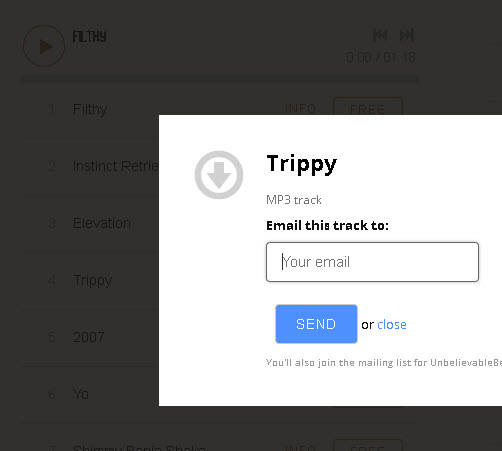 Once the visitor subscribes to Shaun's list, they get an email with a link to download the beat.

So the visitor gets their free beat, and Shaun grows his audience.

To avoid scaring off people who don’t want to give an email addresses, he gates only some of his beats. 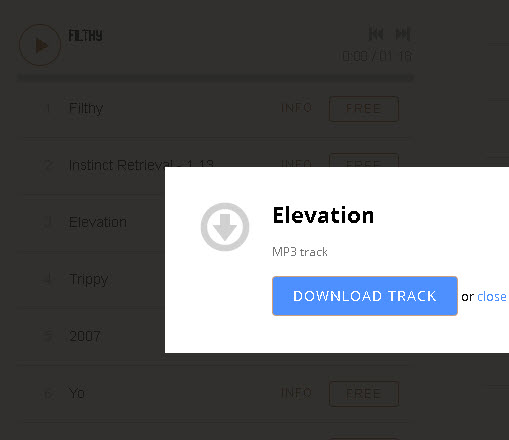 Shaun also sprinkles newsletter signup forms throughout his website, and uses his other properties and YouTube to help drive more signups.

AdRev is a tool that Shaun uses that automatically detects when one of his tracks has been used in a YouTube video, and assigns him a portion of the ad revenue from that video. It’s is the keystone of his free beats strategy.

When people use his free beats, loops or remixes on YouTube, Shaun makes money without having to lift a finger.

For example here's a YouTube creator who used one of Shaun's free Christmas jingle remixes in a DIY craft video that has over 400,000 views. 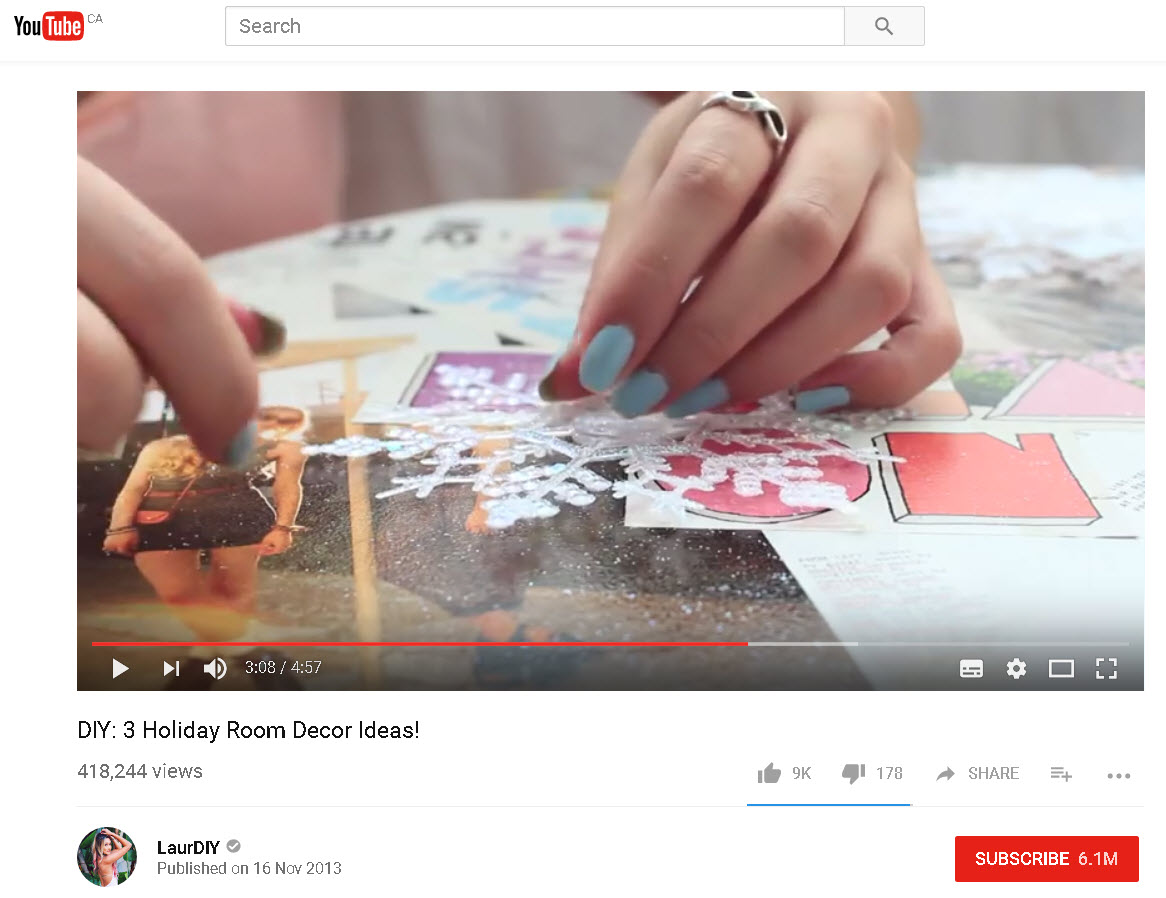 Shaun also makes money from his free beats in other ways, and he says using Bandzoogle helps makes it possible. “Bandzoogle is a portal that allows me to do anything,” Shaun said. “Without Bandzoogle I wouldn’t know anything about online marketing at all”

For example he published a book called FL Studio Cookbook that sells on Amazon, and which he promotes to his free beats audience. 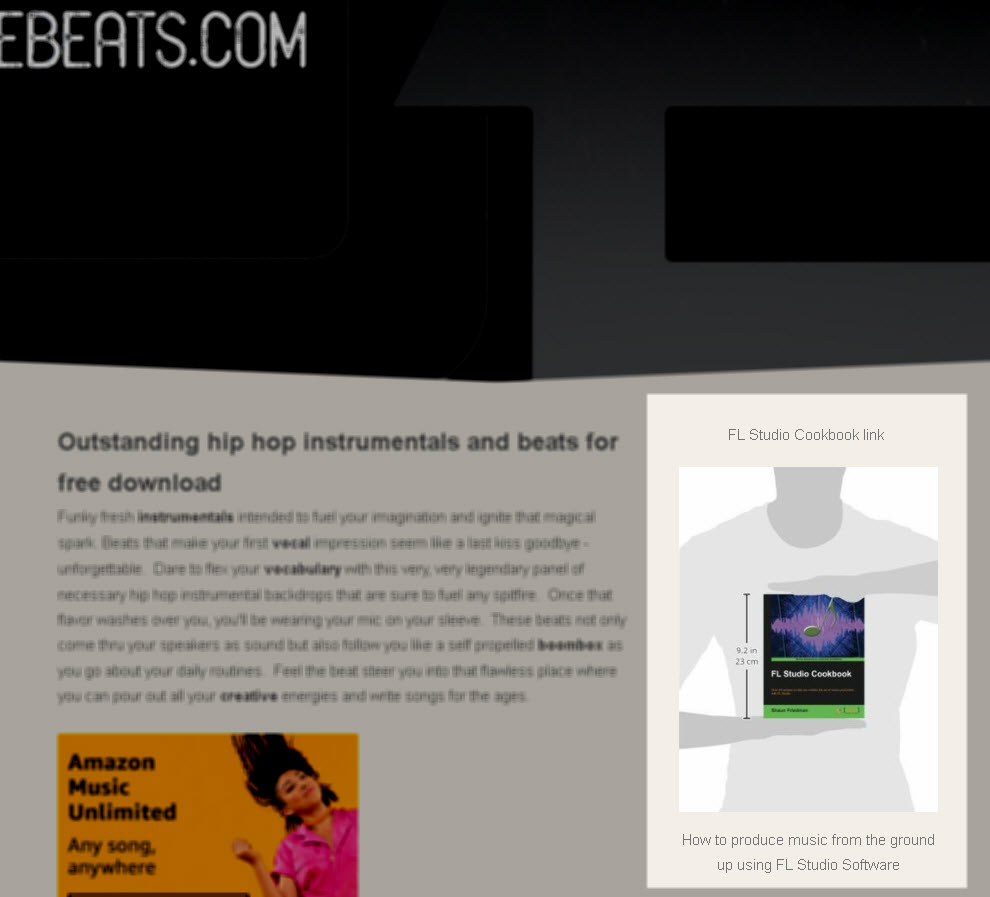 He also displays Amazon affiliate ads on the free beats website, which earns him extra revenue.

He sells music production lessons, which he promotes to his free beats audience. He also sells t-shirts on his free beats website using the built-in Bandzoogle store feature. 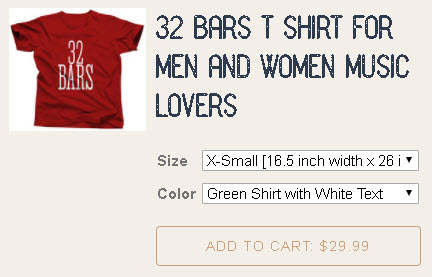 He has a library of premium beats that can be previewed on his website, and he uses the Bandzoogle store feature to sell the license for them. 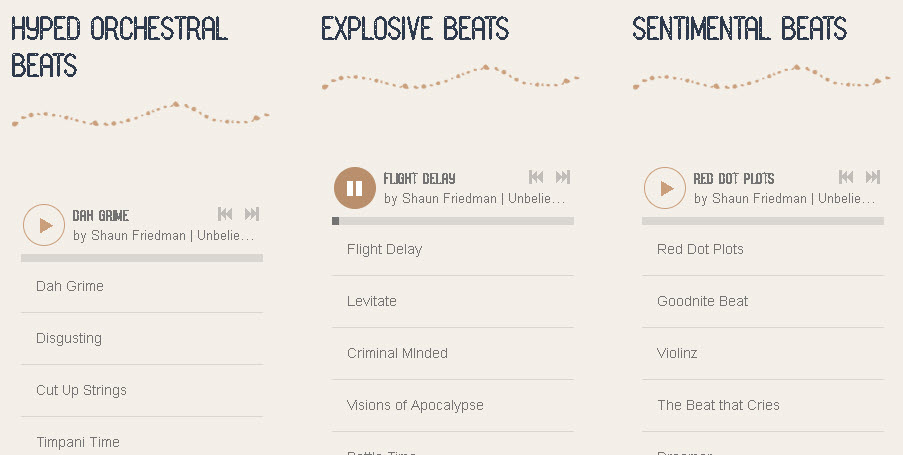 He also has his music in publishing libraries like SoundReef, Mibe Music, and Pond 5.

These are some of the ways that Shaun has found to make money from his free beats audience.

Shaun’s UnbelievableBeats.com project has been helping him grow his music income for over ten years.

By giving away a large number of beats for free and optimizing his Bandzoogle website for search engines, Shaun was able to reach top rankings for keywords related to “free beats” in Google.

That organic search engine traffic helped him grow an audience of over 20,000 email subscribers over the past ten years.

His mailing list helps him tie his audience and his monetization strategies all together, and helps him earn a living as a music producer.

Build a professional website to sell beats in minutes with all these features and more. Sign up with Bandzoogle now!