How to Take a Good Show and Make It Great 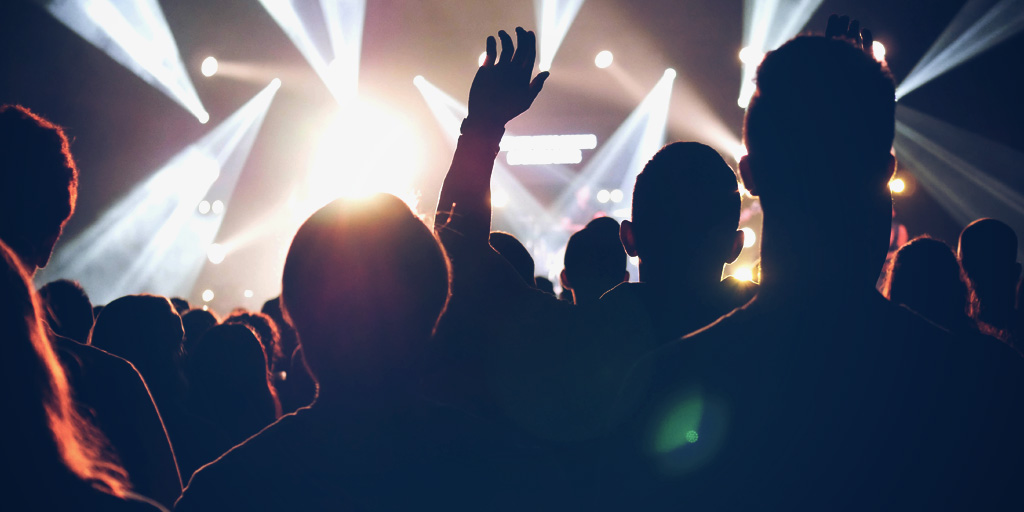 You and your band have been playing out for a year or so, and you’ve started to get great responses from your audiences. Now, it’s time to take your show to the next level and maybe even start playing nationally! Get ready for that next step by transforming your live show, and go from being a band people like to watch to the band people drag their friends to see.

You want your set to have momentum. If you just played a killer uptempo song that got everyone moving, don’t kill the energy in the room by pausing for 15 seconds before the next song. Even if you’re a more mellow artist, you risk taking the audience out of the moment by interrupting the flow of your set. In other words, don’t give people an excuse to go to the bar to chat with their friends.

Here are some important points to consider:

Keep Stage Banter to a Minimum

A personal touch is nice, but people came to hear you play your music. Even if the audience agrees with your politics, they probably don’t want to hear a five-minute speech about how gentrification is killing the neighborhood.

Songs in the same, or similar, keys will sound good transitioning into one another. You can refer the the circle of fifths to find similar keys. 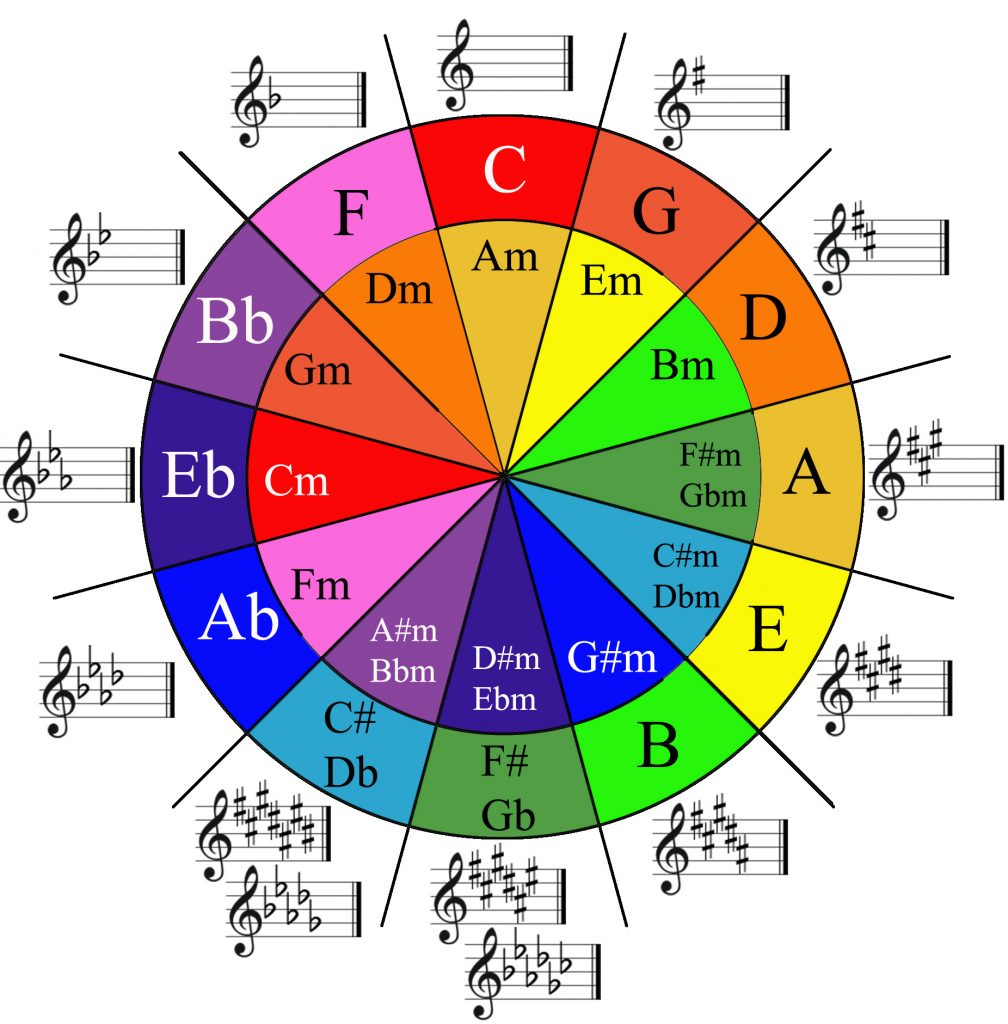 Don’t be afraid to keep your transitions really simple. You can write all new intricate parts that modulate and bend the tempo to perfectly go from song to song, or you can also just end a song and start the next one before the audience stops clapping.

Every guitar player, and everyone who’s ever been in a band with a guitar player, knows what a guitar sounds like when it’s being tuned. The audience doesn’t want to hear you tune your guitar, but guitars inevitably go out of tune during a show. So how can you tune without stopping the show between songs?

Know the parts in the set where there’s no guitar for a bit, and then use either a tuning pedal or a clip-on tuner to tune silently.

There are a hundred things every person in the audience could be doing tonight, but they’re here watching you. Be worth every second of their time. Make sure you acknowledge their presence, too.

You don’t have to have a multi-million dollar lighting setup to make an impact. A simple survey of the venue and its lights will give you a few options for what to do. Lighting is very important to how the audience perceives you. You can make a stronger emotional impression when the lights match the tone of the music. Watch some live videos of your favorite bands, and see how they use lights to set the mood.

Look around the venue and see what lights are kept on during the music. You may want more or fewer lights on while you play, so just talk to the sound person or manager. A lot of groups won’t even think to ask, but never be afraid to politely ask the staff to accommodate you so you can put on the best show possible.

Many venues will have a lighting rig that lets you set multiple scenes with preset combinations of the lights that someone can switch between with a simple press of a button. Talk to the sound person during soundcheck and see what they can do. If you have a friend interested in lighting, ask the venue if they can come along and do lighting for you.

You can bring some lights to set up when you play your set. This might be particularly useful for house shows and DIY spaces. These include, but are not limited to, clamp lights, Christmas lights, portable LED lights, laser projectors, etc.

+ Read more on Flypaper: “Why Saying Yes to Every Single Show Is Actually Bad Advice”

The Sound Person: Your Greatest Weapon

Calling the sound person “your greatest weapon” is only slightly hyperbolic. If your band is tight, getting the sound person to make sure you sound good is probably the next major hurdle for your band. If you’ve only been playing for six months to a year, you’ll be playing all sorts of venues with all sorts of sound people. Some will be great, some will be dicks, but it’s your responsibility to communicate what you need from the sound guy or gal.

What Do I Say?

You might not know what to say besides, “Make us sound good” — and for a lot of sound guys, that might be enough. When you get someone who’s pressing you for more information, think about what instruments are carrying the lead melody (the melody you’d hum or sing). Most of the time, it’ll be vocals, so you’ll want those on top or loudest in the mix.

Here are some other questions to help you to communicate with the sound person:

Always know what backline the venue has available. Most venues will send you a detailed list of everything they have; others will have it listed on their website. Always double check.

Gear gets broken, stolen, and misplaced. Websites and form letters aren’t changed nearly as often as things go missing or break. Also, be mindful of what your sound needs. If you’re playing some jazz-fusion guitar, a Marshall Stack might not give you the sound you really need. Spend some time thinking about shaping your sound.

Go and check out the drum kit. Drums, by definition, get beat up and venues often won’t replace them until they’re six months past dead.

Be Nice to the Sound Person

People can be petty, and you don’t want your mic to “mysteriously” cut out in the middle of your set. Pleases and thank yous all around… or else.

Setlist: It’s More Than Just Song A to B to C…

Your setlist is your map to stardom, your battle plan. A good setlist has certain hallmarks and follows certain rules (suggestions) but also needs room to be a little flexible. Here are some basic principles to help guide you.

Where to Put Which Song

You should put your strongest songs at the beginning and end of your set. They’ll set the tone and be what people most remember. It goes without saying, but you want to leave a good impression and make sure your audience remembers you. Also, this helps you catch people who are there to see the bands before and after you. Many bands try to plan a thematic arc to their show, which can work out very well, but simply bookending your set with strong material is the easiest way to structure a setlist.

Things will not always go according to plan. It’s good to have a couple of covers in your back pocket in case you feel like you’re losing the audience. If the band before you just played a really high-energy set, you might want to have a few of your more ripping songs ready to go right away.

Read the audience and respond accordingly.

Is Every Song Worthy?

Does every song in your set absolutely have to be there? Make sure if you’re going to play a song, it will make the overall experience for the audience better. You can often make a stronger impact playing fewer songs. Make sure the songs you’re playing suit the venue; often, a small shift in song choice can realign you with the space if you feel yourself drifting away from the audience.

These are some of the best suggestions I can impart, but as with every suggestion, they’re highly subjective. The only hard-and-fast rules of creating better and better live shows over time are simply to just keep playing, keep learning, keep asking questions, and keep helping others around you.

Evan Zwisler is a NYC-based musician who is most notably known for his work with The Values as a songwriter and guitarist. He is an active member of the Brooklyn music scene, throwing fundraisers and organizing compilations for Planned Parenthood and the Anti-Violence Project. He started playing music in the underground punk scene of Shanghai with various local bands when he was in high school before going to California for college and finally moving to New York in 2012.