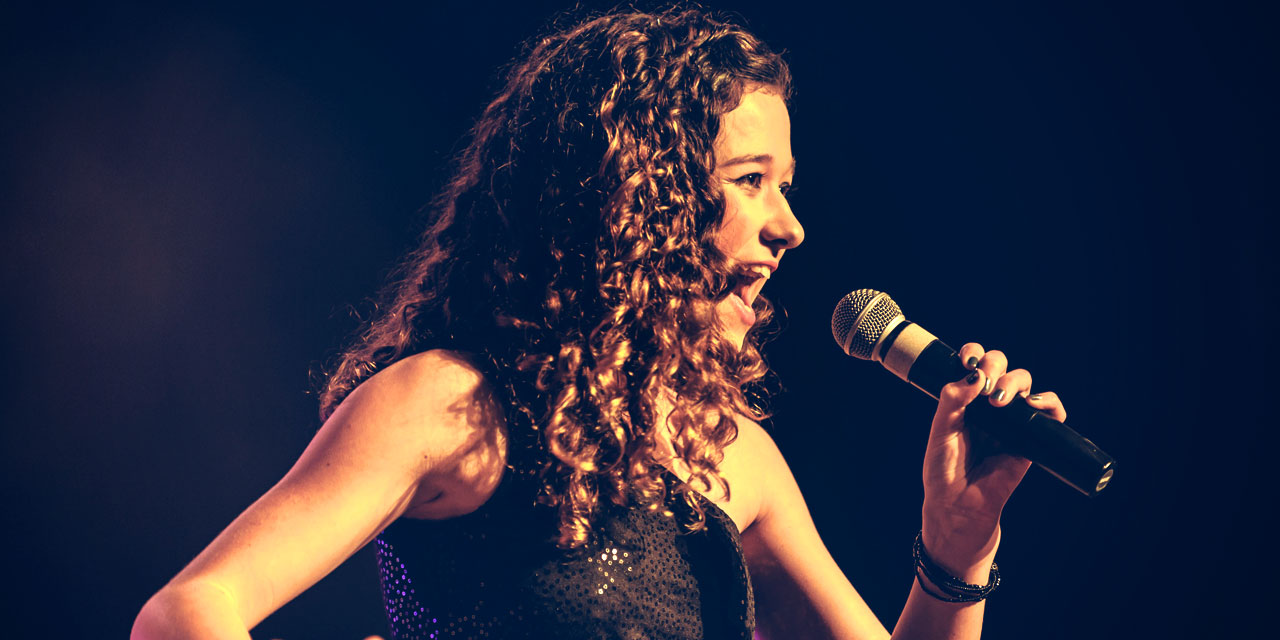 Melody is one of the most obvious and crucial elements of a song. Whereas elements like harmony (the chords), tempo, and rhythm more intrinsically sculpt the listener’s experience of the music, people can sing along to a catchy melody, so they’re more likely to memorize that first.

As songwriters, we have wonderful tools at our disposal to write more colorful melodies. Most people are familiar with the difference between major and minor scales, but there are many more options than just these.

In addition to major and minor scales, we have the seven musical modes in Western Music: These are Ionian, Aeolian, Lydian, Mixolydian, Dorian, Locrian and Phyrgian, and each are subtly different from one another in how they’re constructed as well as how they can provoke a tapestry of melodic ingenuity.

In this article, we will get into how we can mix these modes up to create more interesting vocal melodies, with examples from pop songs we all know and love.

Ionian is the same thing as the major scale. If you start playing the piano starting from C, and you only play the white keys, you will be playing the C Ionian scale. Here is what notes it consists of:

Typically, the major scale is associated with happy melodies and positive lyrics. A famous example of the Ionian scale is “Let It Be” by The Beatles. The vocal melody is in C Ionian.

Don’t get intimidated by these ancient Greek names, the Aeolian mode is the same thing as the natural minor scale! If you start from C, it includes the following notes:

Aeolian, or the natural minor scale, is typically associated with sad songs with melancholic moods. A good example would be “Slow Dancing in a Burning Room” by John Mayer. The vocal melody in this song is in C# Aeolian.

Play the Ionian and Aeolian back-to-back to feel the difference in melodic quality and the mood they imply. You will notice one of them is more melancholic, where the other sounds happier!

Dorian is similar to the Aeolian scale, except the sixth scale degree is raised half a step above. This means that in the C Dorian scale, instead of playing the note A-flat (as in C Aeolian), we have to play the note, A. So here is what the C Dorian scale looks like:

A famous song in Dorian is “Get Lucky” by Daft Punk. The vocal melody is in C# Dorian.

Mixolydian is almost the same scale as the Ionian, except the seventh note of the scale is lowered by half a step. This means that the B in C Ionian will now be played as a B-flat in C MIxolydian.

A great example of Mixolydian is “Slow Burn” by Kacey Musgraves. The vocal melody is in A mixolydian.

And now, the rest of the modes. Lydian, Phyrgian and Locrian are not used as commonly as in the vocals of pop music, so we won’t get too much in detail about them in this article. However, they have many different functions in different songs, and it’s good to get familiar with how the feel of each mode changes depending on which notes are raised and flattened.

Lydian is almost the same scale as Ionian, except the fourth scale degree is raised by half a step. This is what the scale looks like:

Lydian is considered to be the happiest and most inspirational sounding of all modes, therefore they are typically used in a lot of film scores and TV shows. One of the most famous examples would be the theme music from “The Simpsons.”

Phyrgian is almost the same scale as Aeolian, except the second note of the scale is lowered by half a step. This is what the C Phrygian scale looks like:

Finally, Locrian is the least singable of all the modes and it is a modification of the Phyrgian, where the fifth scale degree is also lowered by half a step. So here is what it looks like:

You can create any of these modes with any root note by using the same formula of intervals. Now that we covered what each mode is and how it operates, let’s now get into how different modes can be mixed to create interesting vocal melodies.

Using Mixolydian and Dorian modes together

A great example where Mixolydian and Dorian are used together is “Teardrop” by Massive Attack. The vocal melodies switch between A Mixolydian and A Dorian throughout the song to create different moods and tug the listener in different directions.

And so, the exchange between the two modes creates a colorful tug-of-war between happy and melancholic emotions. I think that this results in a soothing and relaxing experience for the listener.

If we analyze the verse vocal melody, here are the notes:

The bolded note, C, does not belong to the A Mixolydian scale. Instead, we switch to A Dorian (which is more melancholic) during this phrase, which creates a surprise in the listener with a colorful palette of emotions being represented throughout the song.

Another nice example of Mixolydian and Dorian used together would be “Norwegian Wood” by The Beatles.

Using Aeolian and Dorian modes together

“Eleanor Rigby” by The Beatles is commonly thought of to be entirely in E Dorian, but actually the melody switches between E Dorian and E Aeolian, which creates a unique element that contributes to the success and catchiness of this song.

Again, the note C does not belong in the E Dorian scale, and we can conclude that the song switches to E Aeolian scale for that phrase, only to go back to Dorian again.

Why did The Beatles make this choice?

Every verse of “Eleanor Rigby” consists of three different lines. The first two lines present an observation, and the third line presents a dramatic conclusion about that observation. Musically, this translates into the cadences at the end of the verse. The first two lines of the first verse are: “Eleanor Rigby / Picks up the rice in the church where a wedding has been” (sung in Dorian). And the last line: “Lives in a dream” (sung in Aeolian) gives us the conclusion of the narrator of the song.

So these are some examples to get you thinking about using different modes to make your melodies more colorful. Ultimately though, the idea is to still keep the melodies singable, even if they are unique and colorful.

If you want to do a bit more research, try to figure out which modes your favorite songs present their melodic toplines in. That’ll help you internalize the various moods of each mode.

Have fun and happy writing!

Create your own songwriter website that’s mobile-ready and easy to update anytime! Build a website with Bandzoogle now.

Alper Tuzcu is a composer, guitarist, and a producer. His newest EP “Imagina” was released by Palma Records in May 2020, and inspired by the music of different cultures. An alumni of Berklee College of Music, he’s also a touring musician and educator. Check out his music on Spotify.