How music education carried us through a pandemic

Posted by Daniel Bennett on Oct 01, 2021 in: Music Career Advice 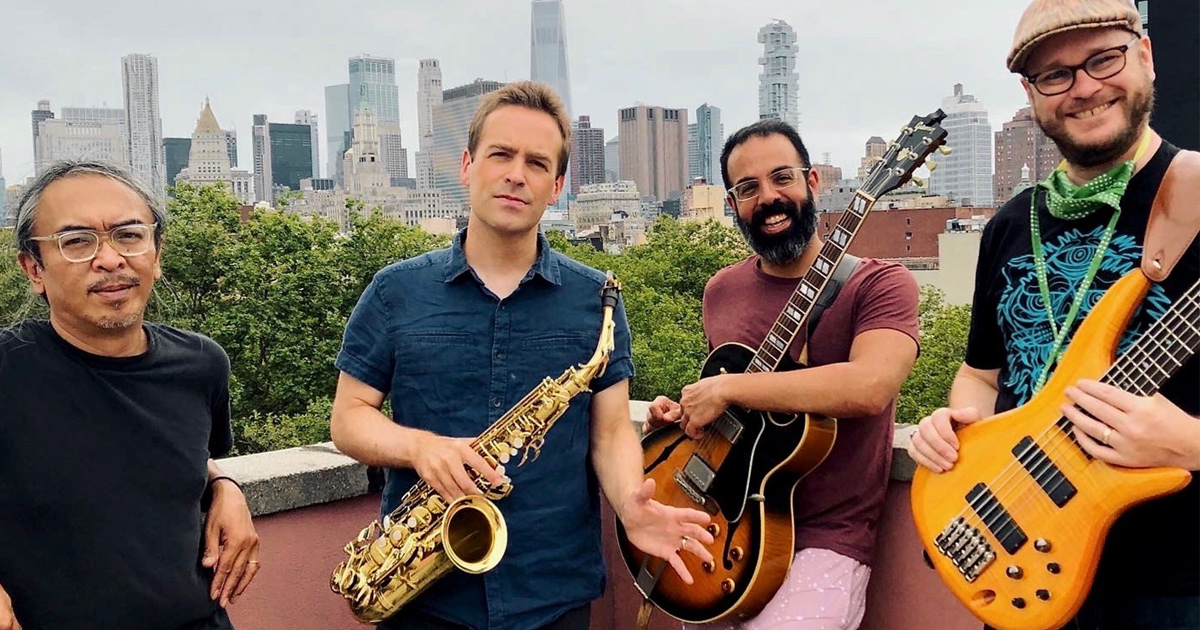 I predicted a music education renaissance in March of 2020. People thought I was crazy. The world was in the throes of a global pandemic, but strange and beautiful things were bubbling beneath the surface. Music education was about to explode.

Like many Americans, I rarely used WhatsApp before the pandemic. I am a saxophonist and Associate Director of the New York Jazz Academy in Times Square. My world revolves around touring and teaching. When the world locked down, everything became uncertain. But in March of 2020, my WhatsApp began to light up. People from all over the world were inquiring about music lessons. Music lessons during a global pandemic? Yes. And in a BIG way. People as far away as Africa and India were inquiring about music lessons.

I embraced the onslaught of new students. I immediately set up an online daily teaching regimen. I would wake up at 6am to teach my students in Asia. Other continents would require late night teaching sessions from my studio in New York.

The power of music

It's quite simple. Learning a musical instrument gives us a sense of power. And we all needed a little power in 2020. The power to control sound is a beautiful thing. The COVID-19 pandemic awakened the "musical giant" inside all of us. Many of my new students in 2020 were over the age of 50. They were adults with full-time jobs. But they felt empty. The pandemic had exposed our vulnerabilities. My students wanted desperately to find creative power and control in their lives.

The world bought an instrument

Is this our music education renaissance? Follow the money. Instrument sales at Guitar Center doubled in 2020. Instrument retail giant, Sweetwater, recorded a record-breaking $1 Billion in revenue. Sweetwater's annual GearFest drew 18,000 in-person attendees in 2019. More than 125,000 virtual attendees tuned in for the 2020 conference. The next GearFest will be in-person and virtual, thus ensuring an exponential boom for the company.

Churches contributed to a huge rise in instrument sales. Fender's Matt Watts recently stated that one third of instrument sales were attributed to churches producing online services during the pandemic. The correlation between instrument retail sales and music education cannot be overlooked. Every time someone purchases an instrument, they are more likely to take a music lesson.

My job was to build virtual learning programs for music educators in Singapore. Our curriculum utilized new forms of video technology to enhance the learning experience. Technology was fast-tracking the growth of music education like we had never seen before. Music educators had to master video platforms like Zoom and Skype within hours of the global shutdown.

Using online platforms opened up options, from selling music lessons through your website to offering live streams of classes.

A little help from our friends

Music education got some help in big places this year. Bruno Mars announced he would donate 100% of profits from his rum company, SelvaRey, to Honolulu Community College’s Music & Entertainment Learning Experience program until the end of 2021. The Fender Play Foundation announced a partnership with Grammy-winning singer Billie Eilish to expand a youth music education program for Los Angeles Unified schools.

In July of 2021, the National Parks service awarded $500,000 to restore the Bourgard College of Music and Arts. The dilapidated building had sat vacant for decades.

If you build it…

In January of 2021, I began to plan the annual Summer Jazz Intensives at the New York Jazz Academy. New York City was still mostly shut down. I sat down with executive director Javier Arau on a cold Sunday afternoon. We asked ourselves, would people travel to Times Square to make music in a closed indoor space? As the saying goes, if you build it, they will come. We took a leap of faith, and it paid off in a BIG way. Within hours of launching the program, we began to receive inquiries from all over the world. Enrollment was so strong that we extended the summer program for nine weeks. Students were immersed in daily ensembles, lessons and masterclasses at Michiko Studios.

The studio followed all safety protocols, allowing the New York Jazz Academy to seamlessly carry on our musical mission.

In addition to my work at the New York Jazz Academy, I am on faculty at Cairn University and Bloomingdale School of Music in New York City. These institutions are all experiencing exponential growth in 2021.

The lesson is simple: humans are resilient. We don't just rebuild. We rebuild bigger and better. The human spirit grew stronger during the COVID-19 pandemic. As we emerge from the pandemic, we are seeing the fruits of our musical labors. So go buy an instrument. Your teacher is waiting!

New York saxophonist Daniel Bennett has been hailed as one of the most original and unpredictable musical voices of his generation. NPR described Bennett's music as "synergistic Jazz." Timeout New York chronicled Daniel Bennett's pioneering spirit during COVID-19, highlighting Bennett's leadership during the global pandemic.

Daniel Bennett's 2021 album release, 'New York Nerve,' was conceived outside under snow-covered heat lamps at New York City jazz clubs. The quartet was the first jazz group to record in Manhattan after the studios re-opened in 2020.