How much do beats sell for?

Posted by Guest Blogger on Sep 05, 2017 in: Selling Music Online 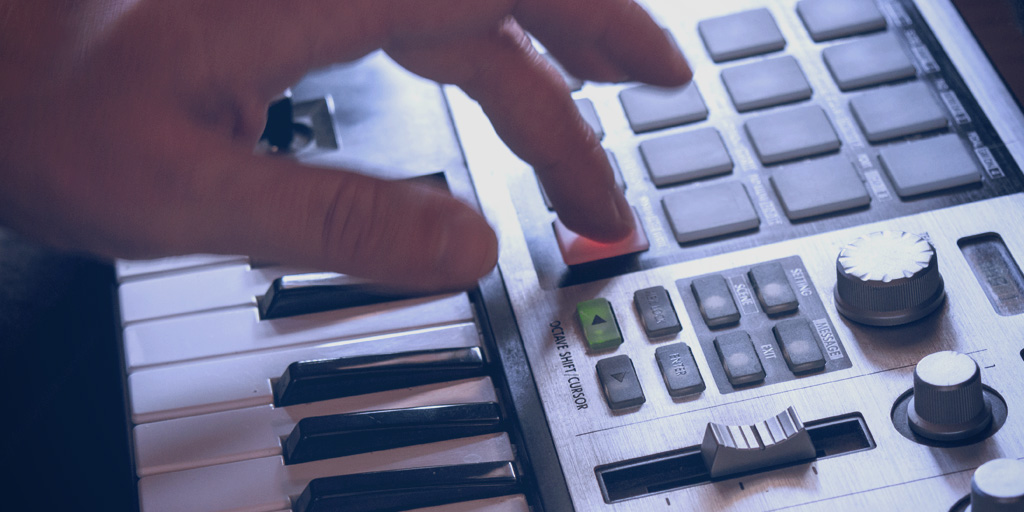 Making beats is all about being creative and expressing yourself through the music that you create. However, there will eventually come a time when you will seriously consider selling your beats.

If you have beats and are ready to sell them, you might be wondering how to go about it. You’ve probably seen many posts on social media about how a beat maker has sold many beats, but what most don’t post about is how much they actually sell their beats for.

So how much should you charge for a beat?

Many factors when pricing your beats

What you must first realize is that there are many factors to consider when setting your prices:

Who you’re selling the beat to

Some may argue that it doesn’t really matter who’s buying your beat, because essentially you’re just selling a product (your beat). This is true, however, this ties into my next point which is if you plan on working with that person on other projects later on.

Do you plan on working with that person on other projects?

For example, if you receive an offer from a rapper that wants to buy your beat, do you sell the beat for $500? Or do you sell it for $300, with the agreement that the two of you will also work on another project as well?

It could be that this rapper is looking for a long-term relationship with you and wants to buy more beats from you eventually, so selling at a lower price is a smart move.

The only issue with this scenario is trust. You have to trust the buyer and form a friendship with them, otherwise you could be setting yourself up for a loss.

There are plenty of ways to sell your beats privately, namely social media. I know many people that regularly sell beats by direct message on Twitter!

This is why it’s very convenient to sell your beats on your website, or a site like Airbit where a lot of the legwork is done for you.

Think of it like this: websites like Airbit are already established and receive a lot of traffic, which means there could be a lot of people checking out your music. Twitter and Facebook are popular as well, but how are people supposed to find your beats?

Depending on the scenario you’re in (based on what I’ve mentioned above), it’s time to set your prices.

The two main types of pricing are exclusive and non-exclusive.

Exclusive means that you're selling the beat to only one buyer, and that buyer has exclusive rights to your beat. In other words, it’s now theirs. They can use it on their mixtape, single, album, promotions, etc.

This is why for exclusive you need to set your price high. The actual price depends on how much you think your beats are worth, but it could be anywhere from $500 to $5000 and beyond.

I mention $500 because I think that should be the base amount every beat maker should be charging (as long as you’re not just starting out!). Anything lower just devalues the product and you don’t want to seem cheap.

Plus you have to also remember that you’re selling the beat exclusively to this one buyer, so don’t sell cheap!

Non-exclusive is on the other side of the spectrum from exclusive. Non-exclusive means you can sell the same beat over and over again to as many people as you wish. So if your beat is really hot and 100 people are trying to buy that same beat from you in a non-exclusive contract, that means 100 people will be using that beat.

The pricing for non-exclusive is much lower than exclusive, but you don’t want to go too low. Let’s face it - we’ve all seen beat makers sell non-exclusive for $1! That’s ridiculous. That really brings down the value of your beats.

But on the other hand, you have to think big.

Let’s say you set the price at $50 and 100 people want to lease it from you. That’s $5000! And the beauty of that is you can still keep selling it forever, so it will always bring in money for you.

Some producers may lease their beats very cheap, but I think that a lease should be a minimum of $50. You could go lower but I think that’s just undervaluing yourself and your music.

Make an offer / pay what you want

This is another model that has gained a lot of traction lately and it actually works well.

Let’s say you really don’t know what price you want to sell your beats for. Your third option is to let the buyer decide!

This is how it works:

Now you must be wondering who would pay more than the baseline price? You would be surprised at how many people would. There may not be many, but there are some buyers that are willing to pay a little more if they really like they type of beats you’re making, and would like to support you.

[Let fans pay what they want with Bandzoogle’s music players]

Besides the price setting, you have to also think about ways to encourage people to buy your beat (and possibly more than one). To do this, you need to channel your inner salesman and offer a discount or a promo code.

If you’re leasing a beat for $50, then you could run a discount by offering a sale price. You could offer the first beat for $50, but any additonal beat could be sold for $30. So if someone buys three beats from you, you just made $110, and they saved $40.

The other option is to simply offer a promo code. This one is super simple, and works really well. All you have to do is mention that if they enter a certain code that you provide them (like a coupon), then they get a discount when they purchase your beats.

Figure out pricing, then promote your beats

What all of this really comes down to is that you’re trying to get people to buy your beats. Promotion and networking is extremely important, but so is setting your price.

Instead of just trying to lure potential buyers to your store page, figure out your pricing structure first. This will help you a lot when you’re dealing with buyers, as you can provide them prices, discounts, and promos immediately.

What prices you set your beats at is strictly up to you. The prices I have mentioned here are just examples, but I believe that you must not price yourself too low, as this could deter buyers and they might think your prices are too weak, as well as your beats.

MisterFade has been scratching records from the early 1990's and producing music since 1997. In 2000 he created IllMuzik.com, a community for Hip Hop producers, DJ's, and MC's from across the globe who interact and encourage one another. When he's not busy with IllMuzik, or making beats and scratching records, he also like to express himself through writing. Because of that, he has written countless articles about music production, as well as the music industry.

Posted by Beats By Ced
Great information for producers

Posted by Angel B Live
Nice article checked out your website great articles there as well!

Posted by Anonymous
This was very informative!

Posted by Steviemixx
So when you say lease a beat , are you leasing this beat as a monthly price, yearly or a one time fee? Just wanted to get some clarification.. thanks

Posted by Adam Rye
Seems like in this case, leasing means selling without exclusive rights

Posted by Anonymous
so when a artist buys a beat from you? does bandzoogle provide a contract for you or you have to do that yourself?

Posted by ZD
Are you talking strictly about drum beats, or beats with bass and maybe some other instruments? Would it be a different b scenario if you were selling whole riffs or melodies?