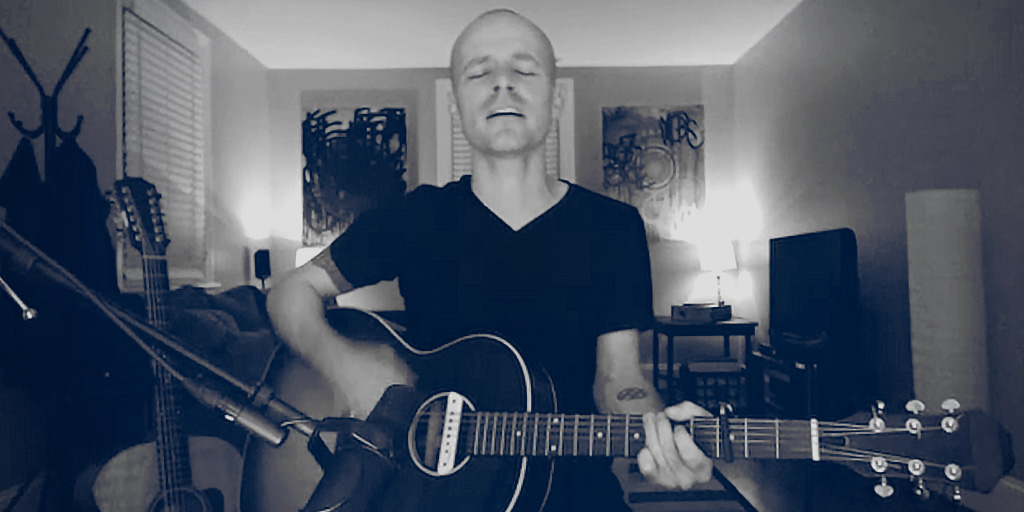 When Derek Webb decided to grow his artist income by performing house concerts, he turned to Bandzoogle's website and marketing tools to book up his tour schedule and sell out his shows.

He sets aside every second weekend in his calendar and fills them with as many shows as he can fit, earning up to $1000 per event.  We’ll show you how he does it.

Derek Webb is a self-described blue collar musician who has sold millions of records over 20 years in the music industry as a solo artist and as a member of Caedmon’s Call.

Part of his mission as a musician is to earn a good living - not millions, but enough to live comfortably. One of the ways he does that is by playing house shows.

Get potential concert hosts to submit requests for a show at their house or venue. Once shows are booked, his goal is to then sell out the show with 50+ tickets at $20 each.

Derek relies on touring to put food on the table, which means that the cost and the hard work of each tour has to be financially worthwhile. That means selling out every show.

Derek typically books 3-5 house shows every second weekend. The shows, which can earn him up to $1000 each in revenue, make up an important part of his regular artist income. He plans to continue booking house shows for the long term.

How Derek Finds Hosts for Concerts

“I’m only going into the areas where I know I have data to sell tickets.”

His list has location data, like zip codes, which allows him to see where his fans are. He mines his data to find regions with high fan concentrations where he can most likely sell out all of his tickets, and then he’ll reach out. 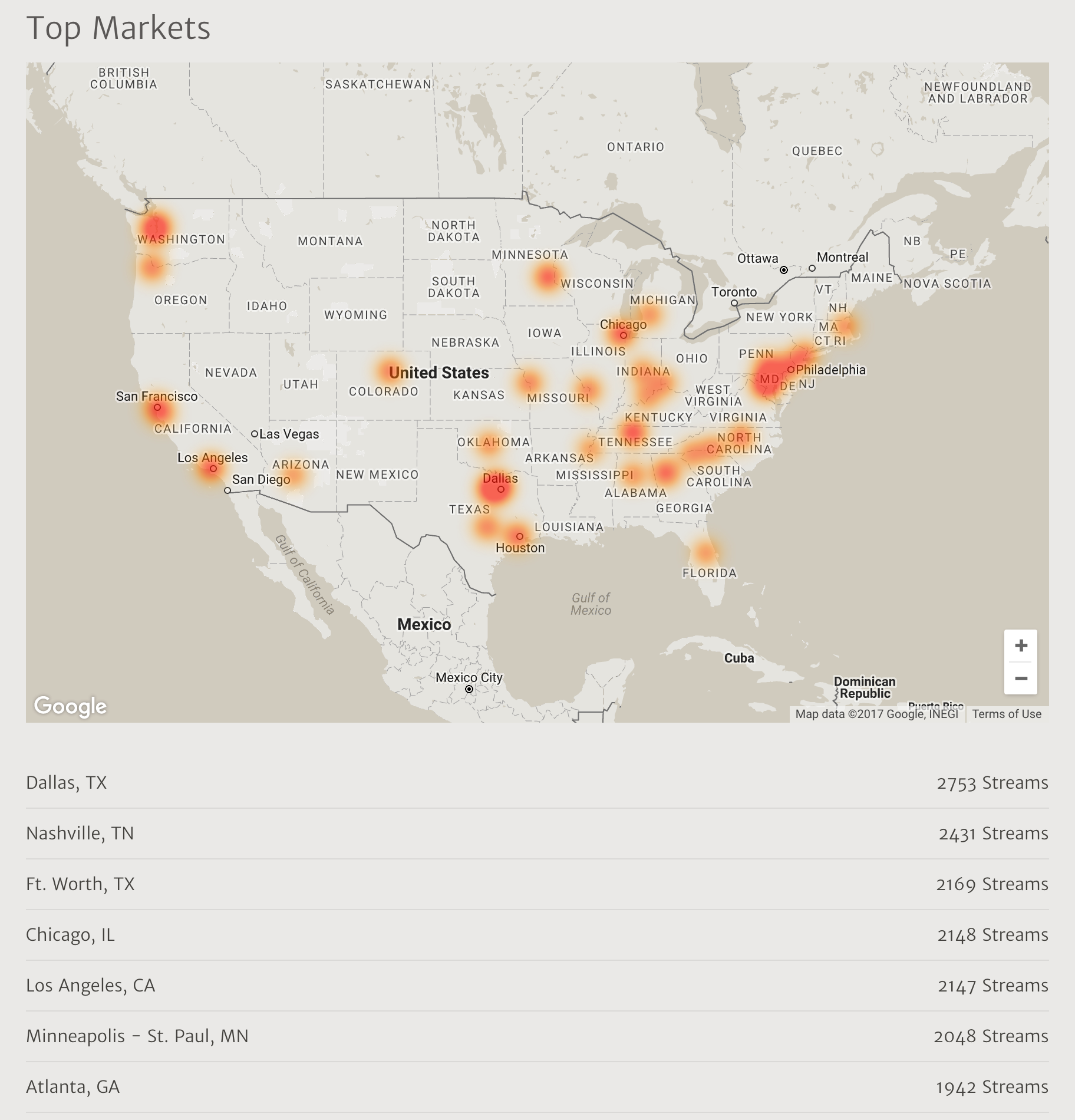 Derek uses tools like the Top Market report in NoiseTrade to find the best areas to tour.

“I let people know I’m going to be playing shows in a certain region and I’m looking for hosts,” says Derek. “I ask if people want to host me for a house show.”

To manage his concert bookings, Derek sends potential hosts to his Bandzoogle website where they can fill out a web form submission.

“Most hosts are surprised that they can fit more people into their house than they thought.”

With the help of his booking agent, he vets potential hosts to make sure the venue is suitable, and that he has enough fans in the area to sell out the tickets. 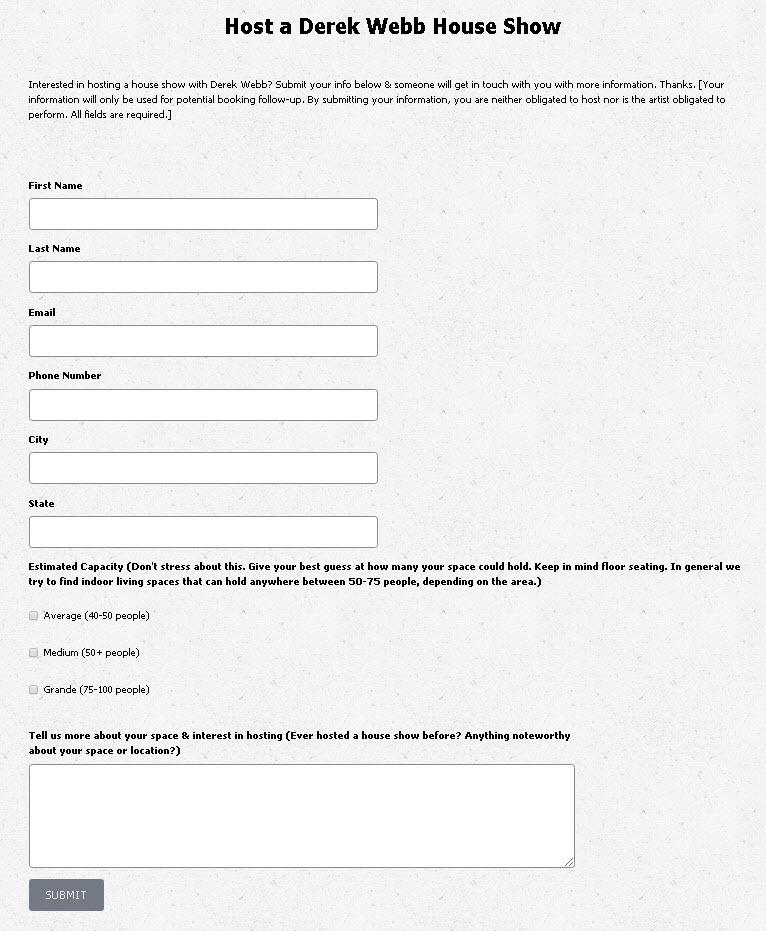 With the Bandzoogle custom form tool, Derek is easily able to track and review all of his booking submissions at a glance. A copy of every submission is also automatically emailed to his agent.

How Derek Sells Out his Shows

Once Derek books a show with a host he adds the event info to the tour calendar on his website.

He uses the built-in Bandzoogle event feature, which includes tools to promote shows and sell tickets. “I sell all the tickets in advance through my site,” says Derek. Bandzoogle offers commission-free ticket sales, which means Derek keeps 100% of the revenue for himself.

The built-in sharing feature in the calendar helps him promote his events to his mailing list and on social media. He sends fans directly to the specific event page where they can buy tickets. 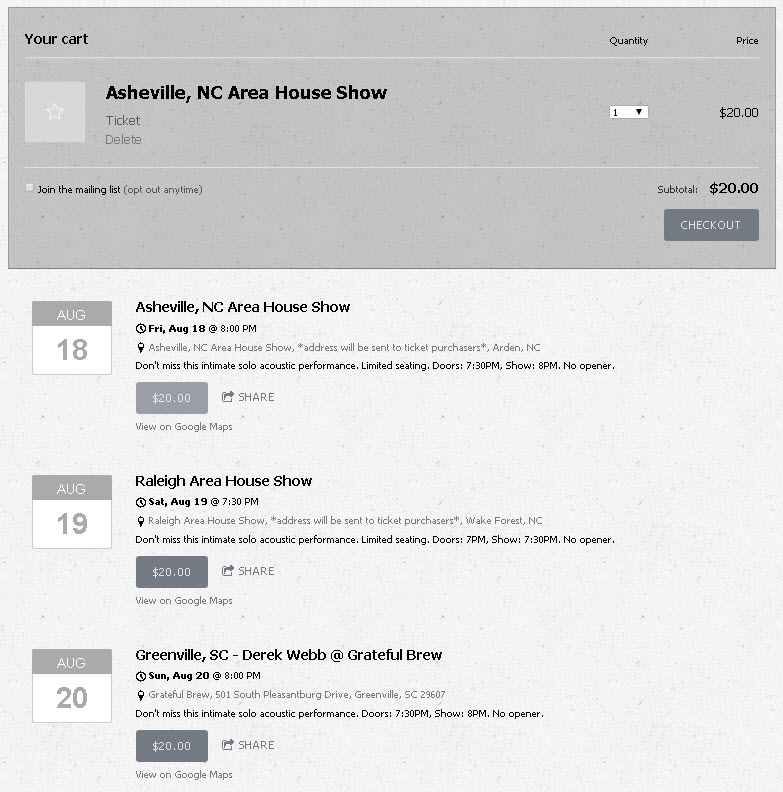 Once a fan buys a ticket for a show they automatically get an email receipt with the address of the venue and other details.

Derek typically has his touring weekends fully booked about two months in advance, and usually sells out all the tickets for his shows, earning thousands of dollars in income every month.

Goal #1: Find house show hosts
Result: By mining his fan data and using his vast email list and social media audiences, Derek is able to find the best regions to tour and find enough hosts to book shows there.

Goal #3: Sell out the shows
Result: Using the built-in tour calendar and ticket selling features in his Bandzoogle site, Derek is able to easily promote his shows to his fans and sell out his tickets almost every time.

Make more money as a musician! Keep 100% of your revenues when you sell music, merch, & tickets through your website. Sign up to build a website with built-in ticket sales for your events!

Posted by Rob Harris
Actually, Mark, he has a HUGE fan base. LOTS of people have heard of him.

Posted by Anonymous
This is actually a good idea. I will also present it to my clients.

Posted by JC Mantey
To an artists this sounds like someone finally figured out how to put money in their pocket in his digital age. I wish Derek would have shown us some real numbers, like how much was put into hosting one of those shows and how much was made. The Bandzoogle tools and customization looks simple and straightforward though.

Posted by Jonathan Laird
Mark, I've known about him for well over a decade. He's had notoriety in bands of his own as well as a thriving solo career.