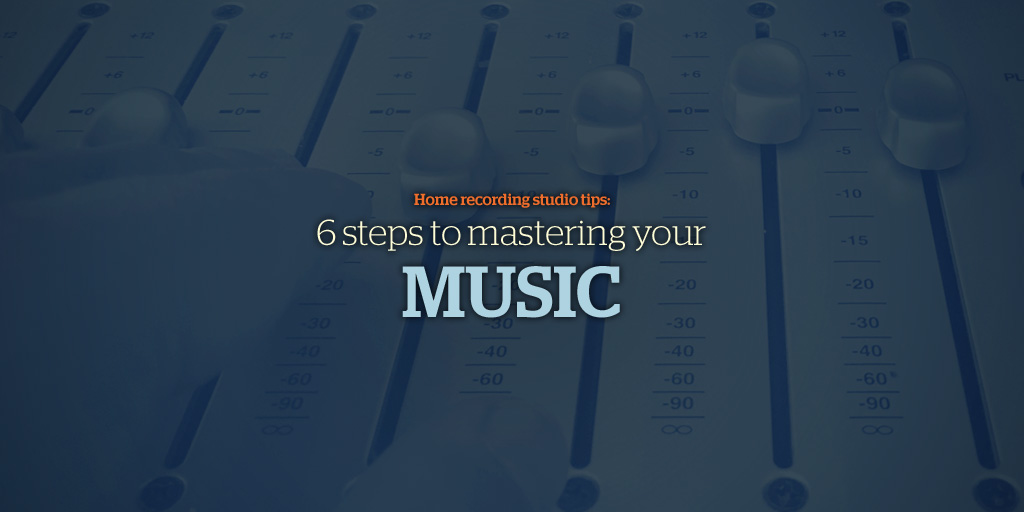 In our previous studio posts, we’ve talked about setting up for a great recording, and provided tips on getting some great mixes for your tracks. We’re now going to delve into the basics of one of the least understood aspects of recording: mastering.

A big advantage to using a professional mastering engineer is they provide a set of experienced ears, and a fresh perspective for the last glorious touches of your master recordings. But with any recording, cost can be an issue, and mastering engineers don’t come free.

Most audio software comes with tools that can - with good critical listening and patience - help you master your music yourself.  So without further ado, here are the basics of home studio mastering!

[How to set up your recording studio environment for creativity]

A phrase I’ve heard a lot of exasperated mastering engineers say when trying to explain the profession they’re in is: “It’s not mixing”. In a nutshell, mastering is where you adjust your already mixed and summed stereo track levels, and manipulate frequencies in them to give your songs more ‘punch’ or ‘dimension’. It also determines exactly how your record will sound and play front to back.

Mastering is a very subjective process - much of how you master an album comes down to your own perception of how things sound. Mastering for hip-hop is totally different from country, and different again for classical recordings. Even within the same genre, one style of mastering on one recording may be completely different from another.

The common thread though is that the songs on any style of album need to be presented cohesively, so they make sense to the listener when they hear your final product. This is the reason mastering is so critical to a good record.

1) Determine the order of tracks in your album

Where mixing tends to focus on the presentation of elements in a single song, a big part of mastering is listening to all the tracks together as a whole album. This helps determine the best way to present it to your listeners.

[Your Home Recording Studio: 5 Tips to Help You Mix Like a Pro]

The first step should always be to figure out the order of your tracks. How you do this is up to you, but just this one consideration can greatly improve the listening experience of your fans.

Do you want to start with the ‘pop’-centric track first to hook the listener? Then move into slower, more intense tracks in the middle, only to finish it off with a raucous danceable number? Or perhaps it’s a ‘concept’  album - where each song tells a part of the whole story.

Either way, take some time to see how all your tracks ‘flow’ in different orders, until you get the track list that works for you. 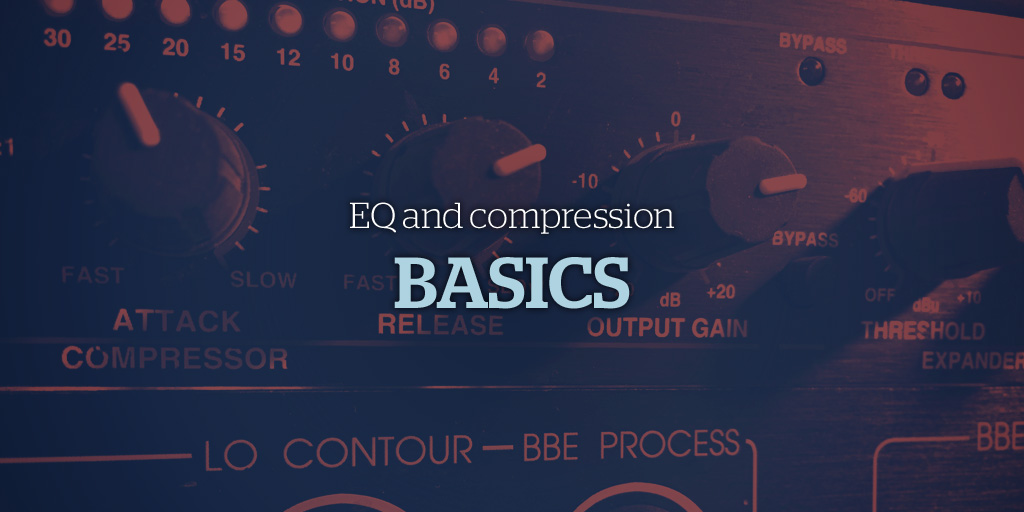 EQ, or ‘equalization’ is the adjusting of specific frequencies in a recorded sound. In mixing, EQ is applied to specific tracks within a song, but in mastering, this is applied to each song as a whole.

Generally, EQ is broken up into 3 frequency ranges:

What it’s good for:  Can add a bit more presence to vocals, guitar, or even bass.
What to listen for: Too much in some frequency ranges can result in the track losing dynamics.

If you have a great mix, you don’t need to make a lot of drastic changes to your EQ on tracks with your audio software. In fact, as a general rule in mastering, you want to try to avoid any drastic frequency changes. Just remember, you’re enhancing and fine tuning - it’s creating the final ‘master’, not ‘mixing’.

Mastering can also mean having less of something, so along with boosting some frequencies, also try reducing some. You’ll be surprised at how much a track gains clarity with a few strategically placed little ‘scoops’ in your EQ plugin.

Compression is one of the most misunderstood processing methods in recording. This could be because there are different compressors for different jobs that have slightly different ways of compressing a signal.  But to sum it up, compression will:

This can give you control over the ‘punchiness’ of your track, while adding some ‘glue’ by bringing up the volume of more quiet elements of the song, without increasing the gain on louder parts as well.

Limiters, which are a type of compressor, generally help you get more ‘gain’ on your tracks. This allows you to even out volume differences between tracks on your album without distortion.

While this can be an extremely helpful tool, too much compression can result in you losing what’s called  ‘dynamic range’.  Because the volume ‘peaks and valleys’ are being ‘compressed’ closer together, things like builds to your chorus for example can get lost, and make the whole song sound squished, almost like it’s in a ‘fishbowl’.

Mastering not only deals with sound, but also where there’s no sound in your album. This is the last step before you press your CD, or upload it to a digital distributor. So you’ll want to make sure the tracks are spaced how you want before your album goes out.

For CDs, most tracks have 2 seconds of space between them - this can be adjusted on pressing.

If you want fades in tracks, you should definitely figure out your fade points and lengths in mastering. This shouldn’t be done in a mix before mastering as the frequencies and gain will be changed, so they’re better done at this stage.

If you want certain tracks closer together, lay them out on your timeline in your audio editing program with the spaces you’d like to hear to get a better sense of the album flow. You can also ‘butt up’, or ‘crossfade’ tracks into each other.

While crossfades sound cool in certain cases, remember songs will still wind up as separate tracks on a disc, so know where the break in a crossfade is going to happen. Also keep in mind if you’re selling music on your site, or with services like iTunes, customers can buy these tracks separately. So you may want to reconsider crossfades between songs to avoid the ‘cut off’ feeling at the start or end of tracks.

[How to sell music online with Bandzoogle] 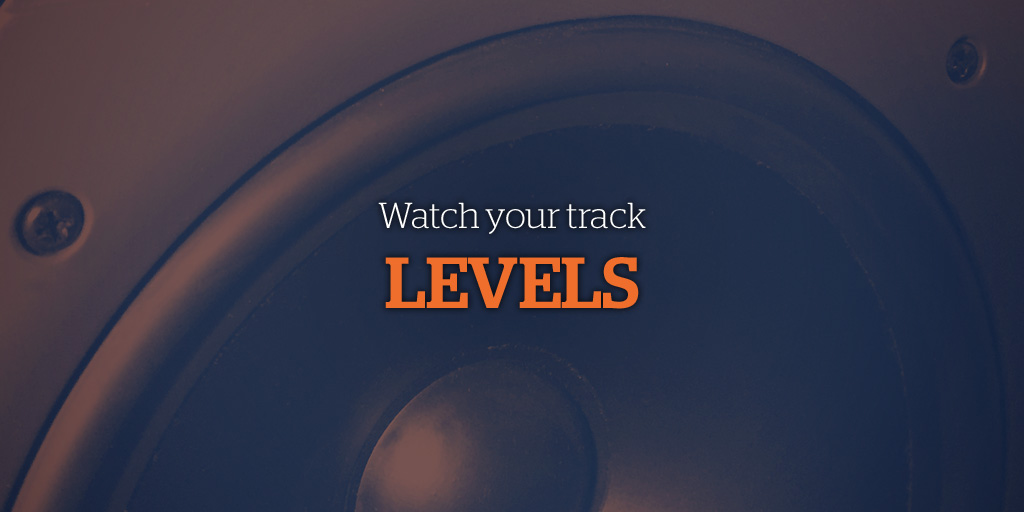 While processing like compression and limiting can help you increase the overall volume, it’s more important to have all your song levels ‘balanced’ with each other. This doesn’t necessarily mean make them louder.

Imagine you’re a fan listening to a record for the first time in your car. The first track is a quiet ‘intro’ piece to a first love who broke the singers heart. Because it’s quiet, you turn up the volume on your car stereo.

When the song ends, the second track comes on - it’s a searing loud metal opus telling the singers evil ex ‘where to go’. It unexpectedly comes on at twice the volume of the first track, and blows the speakers, along with your eardrums.

This is an extreme example, but this is why getting a good gain balance between your tracks is important.  It doesn’t mean you can’t have louder and quieter songs on the album. This can help with the overall flow and vibe of the record, but they should be reasonably level with each other in terms of volume.

After you’ve completed a first pass of your album master, bounce it out, and test it on as many things that can play back your album as possible.

Put it on a laptop and listen to it through the laptop speakers. Laptop speakers usually have crappy bass response, so if it sounds good there, you’re off to a good start.

Burn your mastered album onto a disc, and listen to it on a friends stereo, or in a car. Try different locations and devices, different headphones etc.

Also, invite trusted musician friends to give a listen and provide constructive criticism. Some bands throw mastering parties just for this purpose!

If you can make it sound reasonably good everywhere without weird frequencies popping out at you or sounding ‘squished’ (over compressed), you’ve done a great job at mastering! If not, make notes on what sounds wrong and where, go back in the studio, and adjust your master settings.

Posted by Official Website of Gwendolyn Collins
Thanks for this information.

Posted by Michael
Then let's have a private chat.... Here is my mail temitopemichaelajayi@gmail.com

Posted by djwhitepunk
Cool article thx. I am really crazy about making music and if someone looking for some cool samples or effects for ur projects , try find smth interesting stuff here : https://www.lucidsamples.com