Get your mix heard by Todd Terry and win over $1000 worth of DJ Prizes! 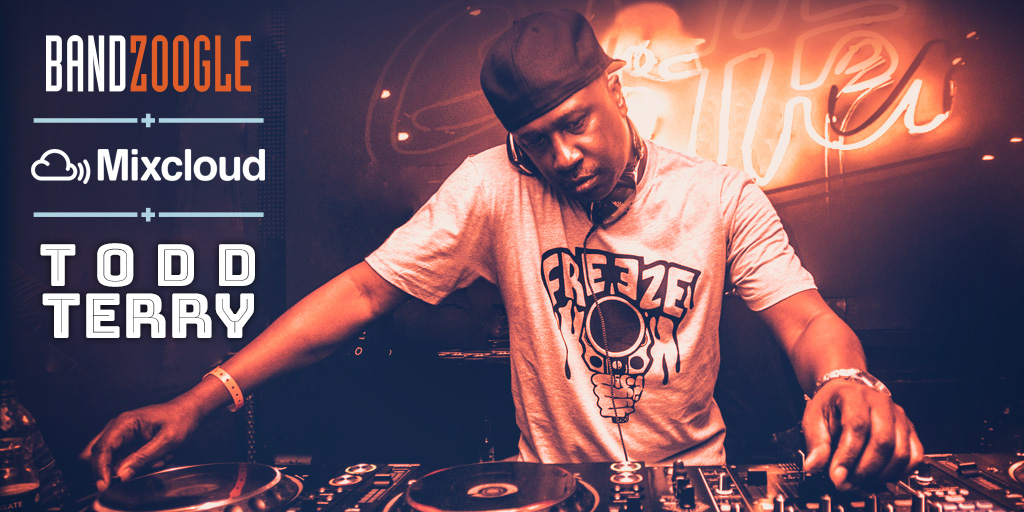 We're happy and excited to have teamed up with legendary house music DJ Todd Terry, and DJ streaming service Mixcloud, to offer a contest that could bring your mix to the attention of the master himself!

Todd Terry got his start as a house music DJ in New York in the mid-80s, and garnered almost immediate acclaim as a producer and remixer of both progressive and modern deep house.

His remixes of ‘I’ll House You’ by the Jungle Brothers and ‘Missing’ by Everything But The Girl are considered landmark tracks within the genre and beyond. He has also contributed remixes for artists like Daft Punk, Bjork, Janet Jackson, and many more.

Todd Terry is also a prolific writer of his own music, with over 500 tracks in his catalog. He has repeatedly charted in top ten dance charts world wide for almost 30 years, and has his own syndicated radio show on over 70 stations worldwide.

We're incredibly proud that he’s found his online home with us here at Bandzoogle - you can check out his site at toddterry.com!

So here are the contest details and info on how you can enter:

If you’re a house music DJ, we’re giving you the chance to get your mixtape heard by Todd Terry and win a whole host of prizes, including a DJM250-MK2 mixer!

The winner will not only be selected by Todd himself, but will get their mix shouted out on his syndicated radio program, broadcast across the web and on over 70 radio stations. This contest is open to entrants worldwide.

Along with a shoutout on Todd Terry’s radio show, the DJ that creates the winning mix will also take home over $1000 USD worth of prizes, including:

To enter the contest, just head over to the competition page at Mixcloud: www.mixcloud.com/competitions/Bandzoogle/