Dave Matthews syndrome: why bigger is not always better

Posted by Bruce Houghton on Mar 05, 2020 in: Music Career Advice 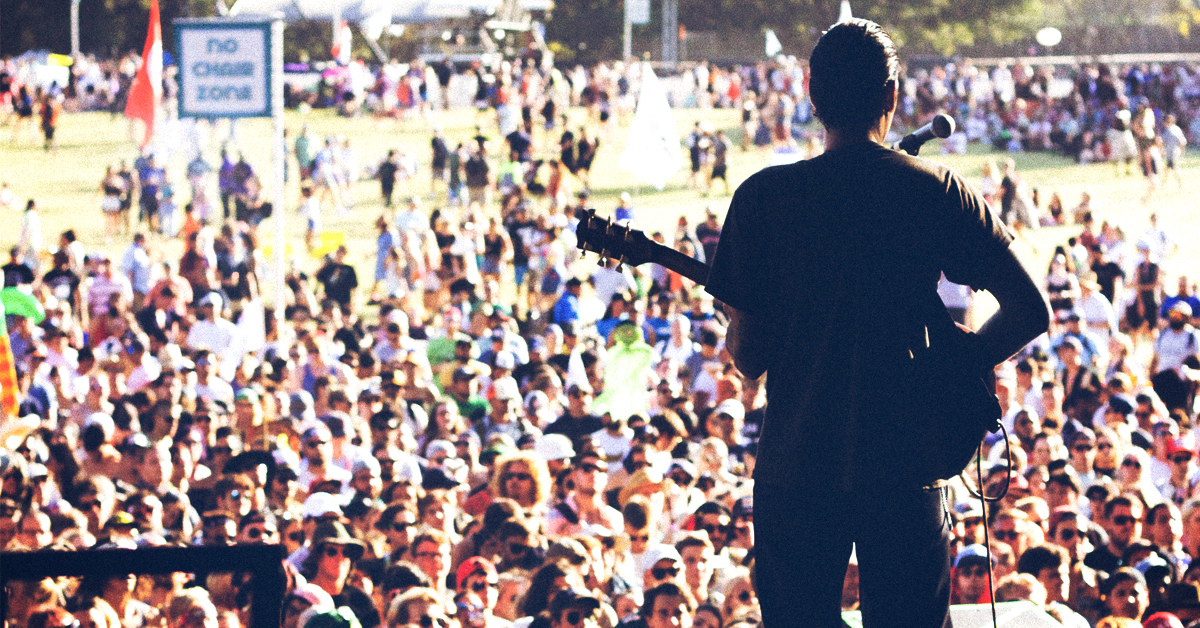 Every musician has done it. “If only I could get on stage in front of that band’s 10,000 fans,” the daydream begins, “everything would change.”

After all, one of the best ways to grow your audience is to perform in front of potential fans who love live music, but aren’t specifically there to see you. That could be at a free street fair, a multi-act festival or an opening for a major headliner like the Dave Matthews Band

Scoring a gig opening for an act like Dave Matthews in front of 10,000 people can seem like a dream come true; and for a number of years, I was able to deliver that dream for several of my agency clients.

They would perform in front of Dave’s fans and get an enthusiastic response. But a few months later when they returned to the same city for a club show, they’d draw just 20 more people than they had before they played the arena. This pattern repeated itself with multiple bands over a number of years.

I call it the Dave Matthews Syndrome.

I came to understand that fans of the Dave Matthews Band, no matter how much they enjoyed the opening act, were really there just to see Dave. Any act was just a placeholder as they waited for Dave to hit the stage.

But when one of my same artists opened a successful club or small theater show, they would often win many times the number of fans than they had gained from performing in front of 10,000 Dave Matthews fans.

Perhaps fans of a band that draws 500 or 1000 people are more interested in discovering new music than are fans of a mainstream arena act. Or perhaps a developing artist can compete live more easily with a club or theater-level act than they can with a polished arena act who has a dozen big hits and a million-dollar stage show.

There are exceptions, but experience has shown me that opening for a band just two or three levels higher, often nets more true fans than opening a sold-out arena show.

There are still many reasons to say “yes” to playing in front of a major headliner. I spent weeks telling talent buyers that my act was unavailable because they were opening for Dave Matthews. It became a key part of their story.

But as far as building their audience as a touring act, it meant surprisingly little. As Dave Matthews taught me, bigger is not always better.

Bruce Houghton is the founder and president of the Skyline Artist Agency, editor of Hypebot and MusicThinkTank and a Senior Advisor at concert discovery and marketing app Bandsintown. He also authored and teaches Touring 101 for Berklee Online.

Bandzoogle websites have a built-in EPK, and all the tools you need to build your fanbase and catch the attention of bookers. Build your website today!