Bandzoogle member Brian Buchanan is a multi-instrumentalist, singer and songwriter living in Allentown, PA. His band "Enter The Haggis" has been touring internationally for two decades, and has been featured on A&E Breakfast With The Arts and a nationally syndicated PBS Concert Special. He and his wife Rose Baldino perform under the name "House of Hamill", and their all-violin cover of "Sweet Child of Mine" went viral in 2019, amassing more than 400,000 shares on Facebook and close to 17 million views. They're spending their suddenly ample free time working on their third album. 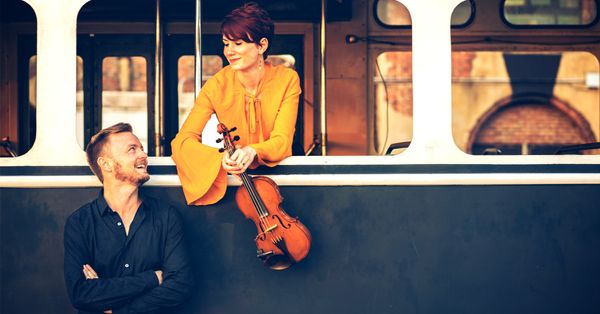 From a (social) distance - a touring musician's perspective

"Hey Brian, due to the new restrictions we think we're going to have to reschedule your upcoming show."

The first time I got that message, it was a bummer. The fifth time, it was a minor panic attack.

The fifteenth time, it was a crisis.

I play and tour with two bands professionally, and between the two I've had about two dozen shows pull the plug due to the COVID-19 virus - so far.

Both of my bands play Irish or Irish-influenced music, and as such, I count on St. Patrick's season for at…