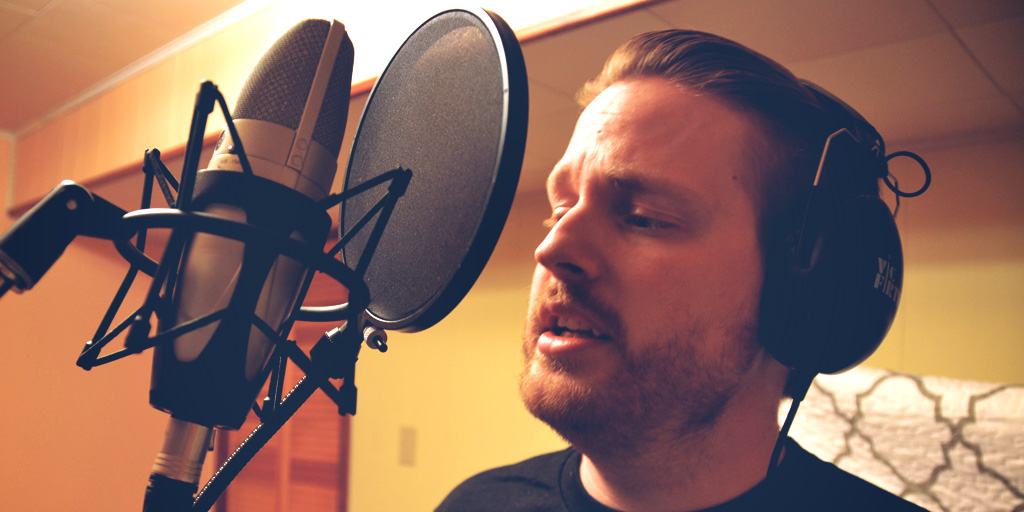 In my last couple posts, I covered how to decide if you’re ready to record an album, and songwriting tips for the content you decide to record. So you know you’re ready, and you have your songs composed - now what?

Pre-production on your album is really when the most important work happens. Choosing the songs you’re going to record, finding the right producer for your project, and budgeting correctly will determine how successful your album is going to be. Let’s jump right in with song selection.

Above all else, I recommend choosing songs that you love performing. Why do an album if you’re not doing songs you love? Your passion for the pieces will come through in the tracks, and you’ll end up with an album that you’re proud to share.

It’s also useful to get the advice of your friends and family when it comes to your final song list. Try making a large list of songs you’re considering doing, and run them by people whose opinion you value. They will likely have some insight that will help you narrow your list down.

Finally, consider how your live audience has reacted to your set lists. Are there particular songs they go crazy for, or come up to you later and compliment you on? These are probably worthy pieces to include on your album.

The producer of your album will serve as one of the main visionaries of the project, and finding one that works well for you (and with you) is essential to how your production will play out.

First and foremost, I recommend finding a producer that you get along with, can communicate with easily, and who you feel comfortable around. They should have a good balance of hearing and understanding your artistic vision, and having their own vision to enhance and influence your own.

Aside from making sure the relationship works on a personal level, finding someone who artistically meshes well with your concept and your music is also critical. Viewing a producer’s past catalogue of works will give you a good idea of whether they’re the right choice for your project.

Finally, obviously cost is a big factor. Be up front about cost at the beginning of your project, and find out what the producer charges for their services. Keep in mind that if you come in with a budget that is reasonable, they may be willing to work at a slightly lower rate, especially if you’re an independent artist.

Choosing your musicians and rehearsing

Unless you’re planning on playing all the instruments on your album yourself, you will need to find session players for your recording. If you have a band, you may not need to find anyone, but for everyone else, having skilled and reliable players for tracking is a must.

When looking for recommendations, don’t be afraid to ask blunt questions about how prepared the musicians were for recording in the past, and how well they played on the tracks. The last thing you want is to hire someone who arrives unprepared and ends up wasting your time in the studio.

There are a few ways to save money here as well - if you have friends or family who are good players (as I luckily have), you may be able to get them to record with you for a discounted rate, or for beers and favours. Your producer may also be proficient on an instrument, and willing to play as part of his producing fee.

Once you’ve assembled your team of musicians, you should set some time to rehearse with the band. You can begin by sending demos of the tracks to your team, along with whatever supporting material you have (chord sheets, lyrics, charts, etc). The number of rehearsals you decide to go with and how to run them is going to depend on how you’re recording your album.

For example, if you’re tracking each part separately, you could rehearse maybe once near the actual recording date to get a feeling for the songs as a whole. If you’re recording “live” off the floor with the entire band at once, it’s more imperative to rehearse as a group.

It may seem cliche, but keep in mind that practice really does make perfect. The more tight the parts are going into recording, the quicker the process will be, and the less money you will spend on studio time.

That applies to practicing your own parts as well. Leading up to recording my album, I practiced my vocal and banjo parts relentlessly with click tracks, so much so that my wife and baby started leaving the room when they saw me go and get my banjo. In the end, that tiresome practicing meant we were able to do most tracks in two takes, which saved money in the studio.

Finally, where are you going to record the album, and what factors should you consider in choosing a studio?

First off, your producer may actually have a studio, which will make this decision pretty easy. If they don’t, they will certainly be able to suggest studios they have worked with in the past.

As with all other parts of the recording process, budget is going to be a big factor in making this decision. Be upfront with how much you can afford on your budget. Find out if the studio charges by the hour, and if they have flat rates for mixing and mastering your final album.

Different studios favour and use different equipment, which can give a different spin or flavour to albums that they’ve recorded. Ask the studio what kind of equipment they use, and also look at a past catalogue of albums that have been recorded there.

You may also want to consider recording in a home studio. With the right equipment and setup, home recording can actually sound pretty fantastic, so this might be something to consider if you have a more limited budget.

[How to set up your recording studio environment for creativity]

A quick note about mixing and mastering. Most studios will do both, and you may be able to cut a bit of a deal with them if they do.

But there’s something to be said for mastering in a separate studio, despite having to pay a bit more. Having someone outside the main project listen to and finalize the tracks can find problems in the mixes that were missed before, and lend an objective ear to the album.

Now we get to the million dollar question - how much does recording an album cost? I’m going to lay out a sample budget below with a few caveats.

First, all costs are in Canadian dollars - sorry my American friends! I live in Canada and produce my music here too, so those are the costs I have experience with. Secondly, there is a wide range in how much you can and will spend on a recording.

In this sample budget, I’m laying out a traditional professional recording - you’re recording with a producer you have hired, in a professional studio, with hired session musicians, and are having the album professionally pressed at the end.

This doesn’t mean you can’t do the album for cheaper, or that it won’t be good if you don’t follow that process. This was just my experience. Ok, enough caveats - here we go!

For a professionally produced, 10 track album, plan on spending around $10,000.00. I didn’t build a contingency fund into this particular budget, but if possible, consider setting aside an extra $500-$1000 in the event you end up spending more time in the studio than anticipated, need to rent instruments, or run into other issues during production.

This number is a little scary, but keep in mind there are many ways to save money, including hiring your musician friends, recording at a home studio, using an automated service like LANDR to master your tracks, and going with a digital only release.

I hope this helped with your pre-production planning, and gave you some good tips for getting your album into the studio!

Posted by Epicalypse
Dear Bandzoogle, Thanks a million for this great piece. It is quite revealing, didactic and informative. It has helped me a great deal to have an idea of how I can plan my album recording. It makes a worthwhile reading

Posted by Moges Habte
I'll like to thank you very much for your unlimited ideas and lessons to the musicians who wants to grow and improve their music career .... I'm proud you're a good friend and a band member of us since the very beginning .....

Posted by Len Jennings
So the exchange rate is roughly 1.3 right now. So that $10,500 in Canadian currency is a budget of roughly $8060.00 in U.S. currency. I rounded up. That said, $10K for an album here in the states in U.S. currency is a modest budget for a 10 song record. That said, that may not include mastering or CD reproduction. It is not cheap to do albums in the U.S. unless you go the home recording route. If you go the DYI route, just buying software, plugins, a computer and an interface is going to likely push you into $5K and beyond. But you can re-use that gear for subsequent recordings. I recommend using someone else's well outfitted home studio...albeit someone who knows what they're doing if you are looking to save cash. The DYI route has a steep learning curve for the inexperienced musician. If you go the traditional route, real studio, real producer, mix, master and reproduction you should be looking between $15K - $20K in the U.S. now. Preproduction is a huge savings. If you never even demo'd any of the songs, you haven't done pre-production. That is the minimum. You can't really hear what you need to without doing that. Relying on friends, family and fans for crowd response is okay. But I recommend having some people you know and trust who really know music that want the best for you to give you the real truth. If you can't be honest with yourself, you should do something besides music. Otherwise you will just make a bunch of noise, spend thousands of dollars and have nothing to show for it. That isn't living a dream. That is wasting your life.