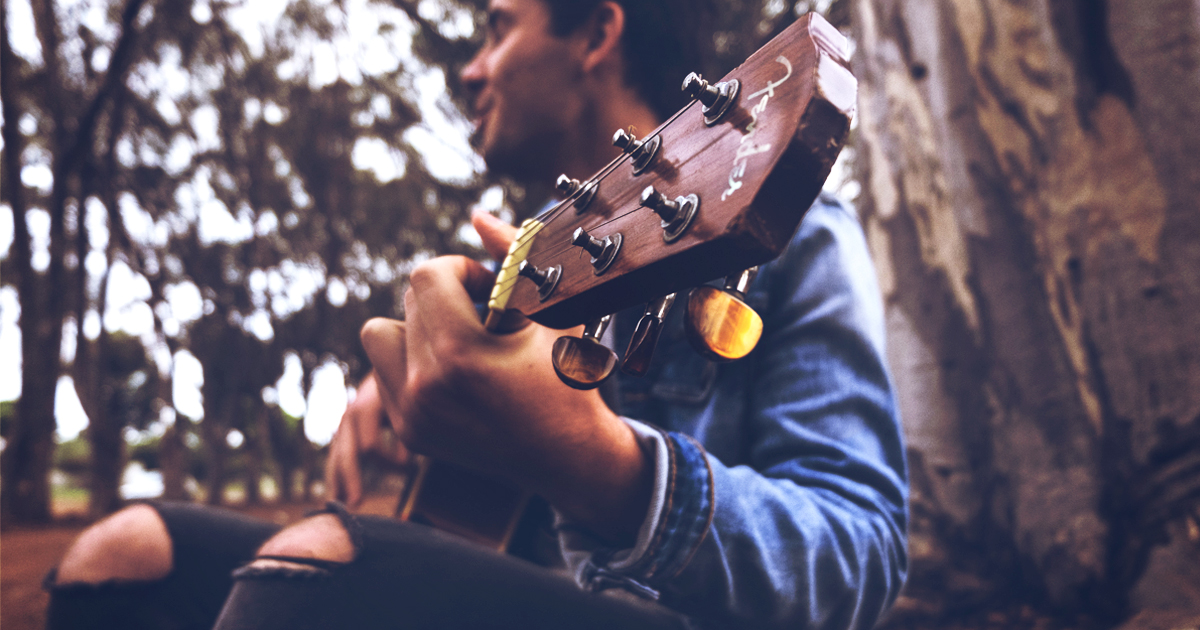 It is often said that a good melody will last a season, but a good melody combined with strong lyrics can last a lifetime. The only thing is, good lyrics are difficult to come by.

Whether you’re writing music everyday, or just starting out, over time it can be hard to come up with new and creative lyric ideas with any consistency. So, from time to time, you might need to secure a few devices to help your songwriting workflow become stable and high quality.

Here are nine easy places you can look for lyric ideas if you’re running low.

Sia Furler (better known as Sia) has said she gets some of her song ideas from the television shows she watches. If a prolific writer like Sia can do it, then why can’t you?

Characters are often tasked with reciting lines that, honestly, real people might never think up; sometimes you need to listen with a songwriter’s ear. They also act in ways that can inspire and move people — and they act reactively, which helps you think through cause-and-effect-based narrative arcs.

But, heck — even a TV show’s title can end up inspiring something mysterious or dramatic. I mean, television is drama; it belongs in a song! The possibilities are endless.

You knew this was coming… Once again, it’s all about the characters!

Books of all kinds tell stories that you might find yourself relating to — whether fiction, non-fiction, historical, contemporary, or futuristic — and it’s the characters who can provide wonderful examples of personalities ripe for your song’s storyline.

Or, simply look out for interesting writing and curious turns of phrase. Take a look at your favorite books of all time and see if you can pluck out a line or two that might fit into your lyrics (after they’re reworked, of course).

Poetic language can often incorporate different literary formats, structures, and devices; such as metaphor and odd rhyming schemes. Poetry also tends to flow more like a song than other literary forms, and the words might lean heavily on descriptive, colorful language; all of which is great for inspiring your inner creative side to make new connections when thinking about new ways to formulate lyrics.

Here are two things you can create on your own: metaphors and simile!

A metaphor is a figure of speech that, for rhetorical effect, directly refers to one thing by mentioning another; whereas a simile compares two things, by highlighting the similarities between them using words such as “like,” “as,” or “than.” Essentially they’re both very similar devices to use, but also a great way to talk about something another song or creative work talks about, without stealing or plagiarizing.

Thinking of objects and experiences and how they relate to facets of life is a great way to get your brain into the habit of connecting metaphors and similes together. Try a few out on your own!

We all know the saying: “Kids say the darndest things.” But it also pretty much applies to most of humanity, kids and adults alike.

Spend any amount of time eavesdropping in cafes, malls, restaurants, buses, etc., and you’ll fill the pages of your lyric notebook in no time with interesting, odd lines to think about. And believe me, your friends will say unusual things sometimes, too. So pay attention, and always have a notebook handy.

Speaking of jotting things down: If you’re like me, you love making spreadsheets. I would even make my bedsheets out of spreadsheets if I could… Okay on second thought, you’re probably not like me at all.

However, creating a songwriter’s worksheet is an awesome, tried-and-true technique for brainstorming and cataloging song and lyric ideas that you can refer back to later. You can start with something as simple as a word you like — or a passing idea that makes your mind wander for a moment — and eventually you’ll have a long list of words and lines to play with and fit into whatever song needs a fresh addition.

7. The Songwriters You Love

Always look to your favorite songs written by your favorite writers! What stands out in their work that you feel might be lacking in your own? What kinds of words are they using, or what types of stories are they telling? As long as you’re not copying, it’s okay to borrow ideas from other artists if you can put them into your own point of view (more on that in the following section).

Secondly, something I always try to do is to approach a topic from a song I love in a new light. Add a new spin to a familiar love story narrative, tell it from a different perspective, or tell the opposite version of that song. You’ll get your brain working creatively and have original ideas coming out the wazoo!

8. Reversing a Point of View

A point of view is an excellent thing to manipulate in the songwriting process; and it can help you generate creative ideas without necessarily having a “new” idea to begin with.

On a similar note, simply changing the perspective of a familiar story you’ve been told, or one you read about or saw on television, or heard in a song, will force you to look at things in a way you hadn’t before. It might even make you empathize with the “enemy,” which can open up tons of great avenues for your lyrical journeys to take.

It can be as simple as putting the protagonist in a different subject position. For example, the third person can be a little less emotionally close to the narrator, but that isn’t necessarily a bad thing. First person, on the other hand, gives you a nice, close personal hand in the song. Try them both out and see which inspires you the most.

If all else fails: Try reaching out to a friend or cohort for ideas. Whether you’re just looking for some outside help, or you really need to bring another creative mind into the equation — such as in a co-writing scenario — you pretty much can’t go wrong with the fresh perspective of someone else. Two brains are always better than one. It’s likely that adding someone else into the mix will really enhance your writing and ideation.