7 ways to make the most out of a sample 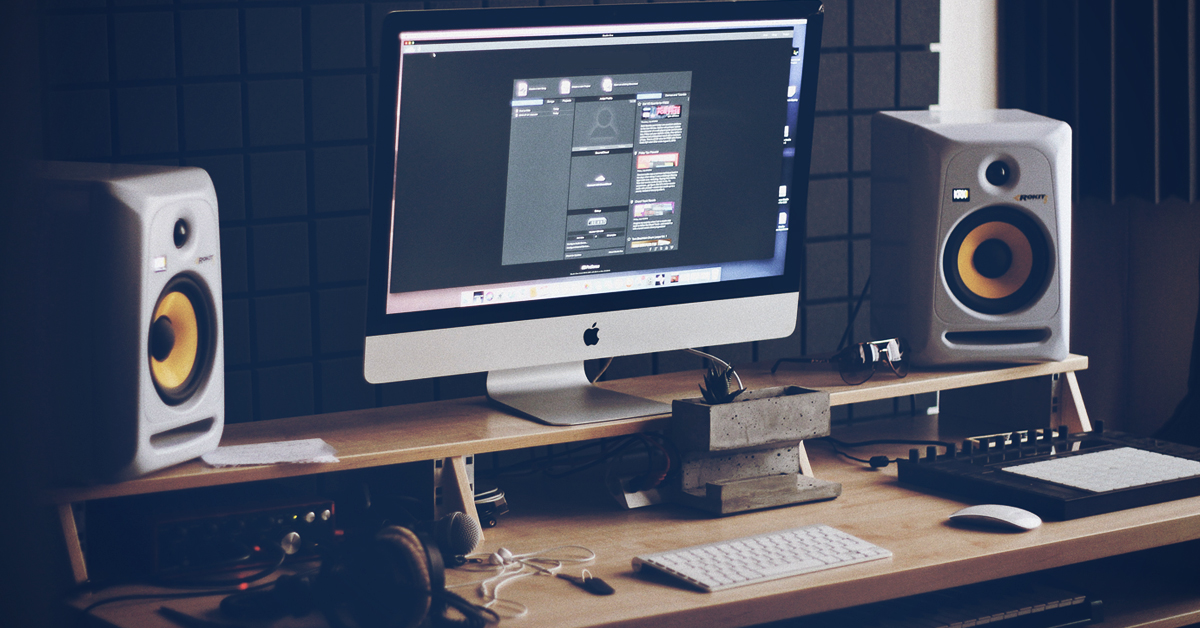 Before the modern era of internet-based music production, producers would comb through piles of old records in order to find just the right sample. They would have to look for quiet moments, those with just a drumbeat, or an isolated bass riff, or a unique wind sample. That type of vinyl scouring took creativity and imagination, but it was also incredibly laborious.

In 2020, though, samples are everywhere, and most of them are royalty-free, meaning you don’t need to contact Miles Davis’ publisher to sample a good trumpet solo. While it might be a positive thing that producers have more access to affordable, high-quality, royalty-free samples than ever, there is one issue: different producers out there wind up using the same samples.

This isn’t the end of the world by any means, but it’s important for producers to understand how to get the most out of a sample and truly make it original—make it theirs. Here are seven great ways to do that.

1. Challenge the purpose of the sample

When working with a sample, ask yourself, “What is the purpose of this recording?” Is it a drum loop, a guitar lick, or a cat purring? Whatever it is, the important first step in fully utilizing the potential of a sample is understanding what its intended use is.

One mistake budding producers often make is downloading a huge sample pack, becoming trigger happy, and just loading different samples everywhere without much thought as to what fits and what doesn’t.

Whenever selecting a sample, make sure you are 100% confident that you’re using it in a way that makes sense with the overall theme of the track, rather than arbitrarily throwing it into your DAW because you can. It’s important to make sure your samples compliment one another.

In addition, once you feel you have an understanding of what a sample is intended for, it’s important that you challenge yourself into reimagining what it can be, and what it can do for you.

You might have a sample of glass breaking and think that it has no value to your track, but it could actually be a unique impact tool to layer under a snare. A guitar sample actually might work well as a bass line if you pitch it down an octave or two.

Never underestimate what you can do with a sample. Just be sure you’re thinking constructively.

Let’s say you have a vocal sample of a singer belting out a single phrase, such as “I miss you” with a jazzy melody. You could keep that sample intact and probably get some pretty good results. But what if you reversed the sample, pitched it down an octave, and warped it completely?

All of a sudden, you have something completely different that didn’t exist before. Don’t be afraid to completely turn a sample on its head. Reversing samples has become a very popular method of reinterpreting sounds, specifically for vocals.

But, it’s not only vocals that can be flipped. You can reverse percussive sounds and foley samples, too. We mentioned layering a sample of glass breaking earlier with a snare, but what if you reversed that sample and pitched it down? That might work as an interesting riser or transition effect.

3. Play with the pitch

As we mentioned above, a good way to reinterpret a sample is through pitch. In most cases, a sample pack will come with tons of different samples that are in different keys, so in order to make them work together, you will need to do some basic pitch-shifting.

One of the greatest ways to achieve originality in sample manipulation is through changing the pitch. In most cases, pushing beyond an octave up or down will result in significant quality loss in the original sample. But that doesn’t mean you shouldn’t try!

Pitching down a sample of chimes three octaves could make an incredibly interesting textural sound. On the other hand, pitching up marimba a few octaves can give you an interesting child-like bell sound. You can also change the pitch of a sample to create a new melody. Say you have a vocal sample with a melody consisting of the notes A, C, G, A. Pitch the C up to an E, the G down to an F, and the A down an octave. Boom, your vocal melody is anew.

This one might seem a bit obvious, but effects really are your best friend when it comes to exploring the potential of a sample.

If you have a sample of a cowbell and add an ocean of reverb to it, it will achieve a completely different purpose. Cut off the initial attack, and it’s not even a cowbell anymore; it’s a spacey metallic pad. Using traditional spatial effects like delay and reverb is incredibly useful, but other effects like filters, compression, stereo imagers, flangers, auto-panning, and more also have an important role to play.

Let’s say you’re working with a looped sample of bongos: if you put a low-pass filter on the sample, cutting out all frequencies above, say, 5,000 Hz, you suddenly have a very different type of percussion. Then, put on a bit crush plugin, and it’s not even recognizable from its original form.

This is a classic technique used in hip-hop beat making. With this method, you take a sample of a song, then chop up rhythmic sections of it to create a new and unique pattern. You could take different samples of an orchestra for example, chop them up, and create your own melodic and rhythmic track.

This is a good way of not limiting yourself to what the sample gives you. While this is typically done using some type of MIDI controller and trigger pad, you can easily do this in your DAW manually. However, if you have a trigger pad of sorts, cutting up the sample and loading the different chopped parts onto a keyboard gives you the flexibility to experiment with new patterns and ideas.

Whenever you pitch up a sample, you speed it up, and vice versa with pitching down a sample. But because many plugins and DAWs will warp the sample to keep it in its original shape, you won’t often hear the tempo change. But slowing down and speeding up a sample allows you to really rework things.

You’ve probably heard the term “Chipmunk Vocals” thrown around before. It refers to vocals that are pitched up and sped up, and it’s a technique that Kanye West used notoriously, but it’s also very popular in EDM and pop. Speeding up samples gives them more energy and vigor in most cases.

7. Combine your samples with similar samples

Let’s say you have a great sample of a synth pad, and you love how it’s working with your track, but the pad is stuck in a minor chord. You can pitch it around a bit, but ultimately, you want it to resolve to a major chord. In this case, find a complimentary pad sample in a major key, and add it to your pad progression.

For example, say the minor pad is in A minor. You can create a progression of A minor to E minor to D minor, then resolve the progression to a G major with the major pad. Just be sure the samples sound similar and you’re using near-identical effects.

You can also do this with vocals. Let’s say you have a vocal sample that sings the lyrics, “I want your love.” That might work for a bit, but it can get old fast. Find a similar sounding vocal sample of some complimentary lyrics, such as “I can’t wait any longer.” Pair these two together, and you have created a new and coherent lyric. Just be sure the samples compliment each other, otherwise, it will sound jumbled and forced.

That’s all for today folks; get sampling!

Sam Friedman is a producer, composer, and multi-instrumentalist creating downtempo electronic music under the moniker Past Palms, whose work has been praised by the likes of Mixmag, XLR8R, Apartment Therapy, Run The Trap, and more. He also composes music for TV & film, having produced national ads for brands like Taco Bell. When he's not composing, he teaches a variety of music production courses as a mentor for Soundfly.