6 creative kicks in the butt for songwriters

Posted by Charlotte Yates on Mar 06, 2020 in: Music Career Advice 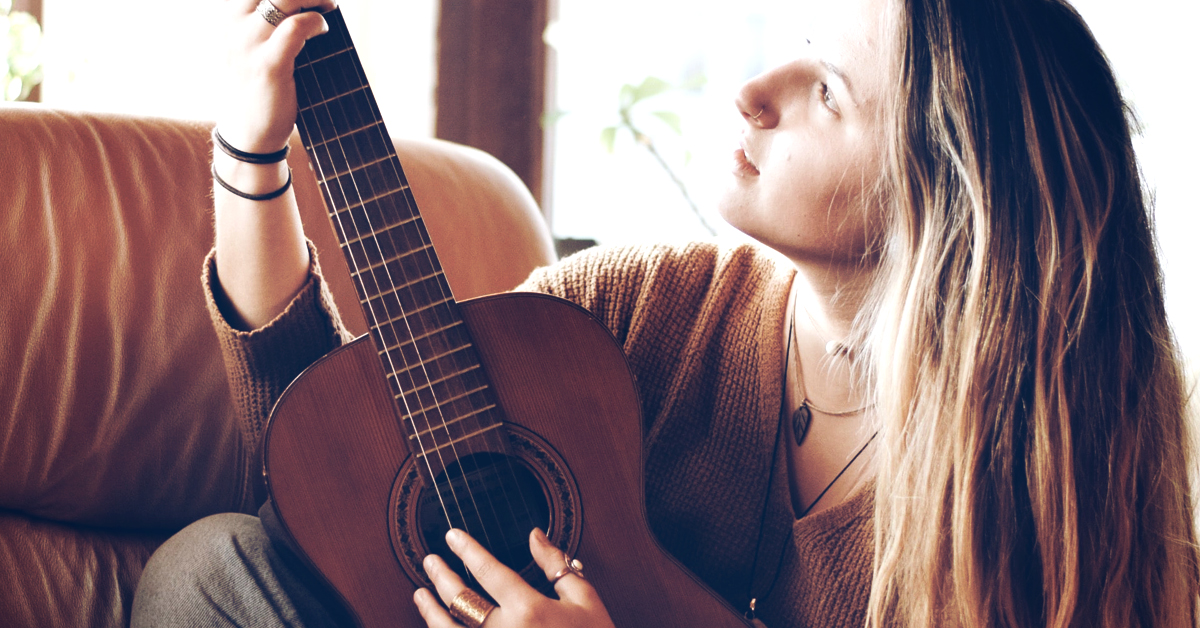 When my stepdaughter was five years old, she rocked the following outfit: bathing suit, sneakers, a belt made out of nylon rope, and a homemade wooden sword.

As a child with an exploratory imagination, clothes were never just clothes; they were part of what was needed in case she met a pirate, encountered a dragon, or was to have to fend off a sabre tooth tiger during her day.

I often wonder why I don’t dress like that anymore. Sadly, like most adults, my creativity for fashion sort of trailed off and went mute somewhere down the road. But as a songwriter, I need all the creativity I can get.

Retaining ready access to your playful side—your ability to make fresh connections, see things differently, or to simply ask “why”—is essential for writing great songs. But this wellspring of new ideas and associations needs regular priming, and in the busy-ness of music business, we sometimes forget to “play” music.

So here are my six quick exercises for jumpstarting your creativity. Or, if your creative block is particularly dire, here are six kicks in the butt you can give yourself right now.

This exercise is a byproduct of many songwriters’ favorite accidental pastimes: people watching. If you’re looking to improve your character description and development, this will help you focus in on those attributes for your lyrics.

Cut out at least three characters from a magazine, in colour and full body if you can, and set them on the table in front of you as if they’re dolls or part of a storyboard. Then on a separate piece of paper, write out who they are; their names, their backstories, and their connections to each other. Start asking questions like:

Put your gossip into high gear! For a great example of this, listen to Suzanne Vega’s “Tom’s Diner,” in which she introduces and describes character after character, all while sitting in a restaurant. Vega doesn’t include herself in the story as a participant until the very last verse.

Next, find six pictures of modes of transportation; like a skateboard, a Hummer, a cruise ship, a rocket, a rickshaw, and a hot air balloon. Cut them out and put them all in front of you on your table.

Now create a disaster. Did the cruise ship get hijacked? Has the hot air balloon fallen from the sky? Have you bumped into someone on your skateboard? Tell us what happened.

This exercise focuses on coming up with sequential events that help you into a compelling or exciting narrative. Perhaps on your skateboard, you knocked out the future love of your life, causing them to miss their cruise ship that eventually went on to be hijacked. Who knows? Only you can unlock that narrative.

The point is that you engage your listener in a clearly defined location quickly.

This one is a title provocation. Write out twenty body parts—the sublime to the less obvious—and then generate ten possible song titles that use these terms.

Collect any junk mail that’s been delivered to do your door or simply use a real newspaper. Cut out one noun, one verb, and one adjective from three separate hunks of junk. On a large piece of paper, make three columns for the different types of words and glue them in the correct column. Then go find five more random options for each word, but stick to the categories.

Say you found the words black, strolling, and house. Mixing up the different options you found in your junk mail creates word clusters that can lead to interesting imagery you can incorporate lyrically.

Now mix and match. You might use “cold talking town” in a line, or a “cold dancing woman” in a lyric. Maybe even a “light talking woman” or a “red running car.” Unexpected imagery and spontaneous connections are unearthed and all because of a glue stick!

5. The land of alternatives

Part of re-jigging creativity is coming into contact with something novel. It’s easy to slip into comfortable routines, like familiar patterns on a fretboard or melodies in the same vocal range. This “alternatives” exercise pushes you out of the same old stuff and into the realm of the new.

There are a myriad of approaches to use, but here’s a list of alternative starters. Scan the list until you find something you don’t regularly do. Don’t think too hard, just grab and run.

Generic creativity boosters to slot in here too that rely on novelty (and risk!) include working with a co-writer or a collaborator, using a different instrument, learning a new one, writing lyrics or translating them into a different language, and coming to grips with new plugins.

Check out: 3 types of song forms and their main uses

Songs make people feel strong emotions and while there are a handful of obvious ones (like sadness, anger, disgust, happiness, fear, surprise), there are a ton of subcategories of emotional nuance in human behavior with recent guesstimates rising up to 3,400.

Psychologist Robert Plutchik first represented this graphically as a wheel of circles within circles and it’s been co-opted and modified by English teacher Kaitlin Robb as a device to settle on emotional tone in creative writing. It can help you focus in on what exact feeling you’re trying to create with your song. Plus, you can use it to shift your emotional gears quickly.

So, let’s play spin the Wheel of Emotions! 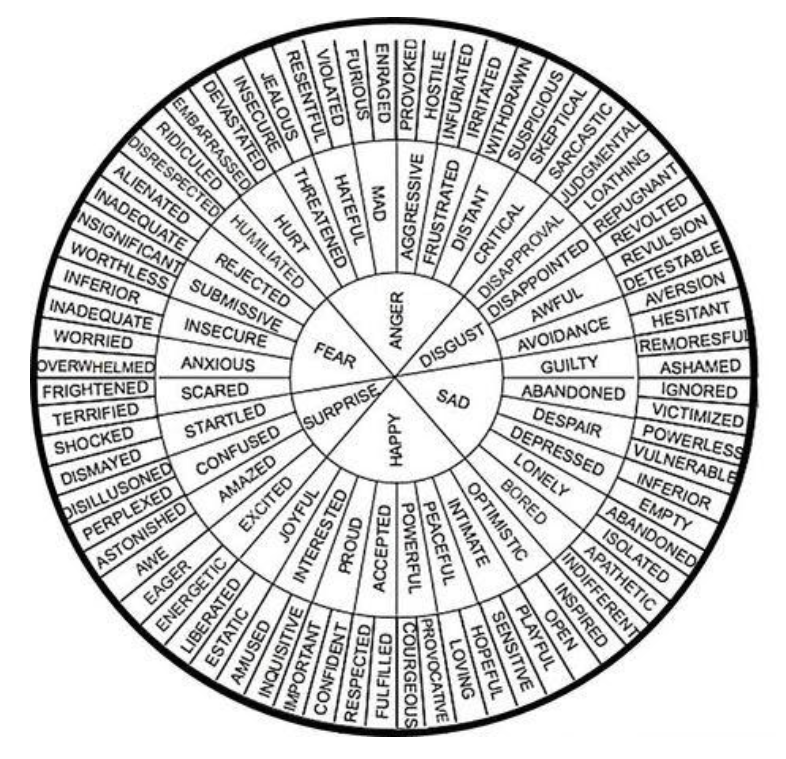 Print this, cut it out, and literally spin it round with your eyes closed. Then stab, and where your dagger lands, there’s your emotional tone for today’s song. Free-write on that feeling without stopping for five minutes and see where it leads you. To some interesting emotional shadows I’d assume!

In her article on creativity and mental health, neuroscientist Dr. Nancy Andreasen quoted one of her research subjects, who told her:

“Everybody has crazy things they want to try...Part of creativity is picking the little bubbles that come up to your conscious mind, and picking which one to let grow and which one to give access to more of your mind, and then have that translate into action.”

I hope that these songwriting kicks can help you grow your own little bubbles!