5 songwriting challenges to keep you motivated and creative 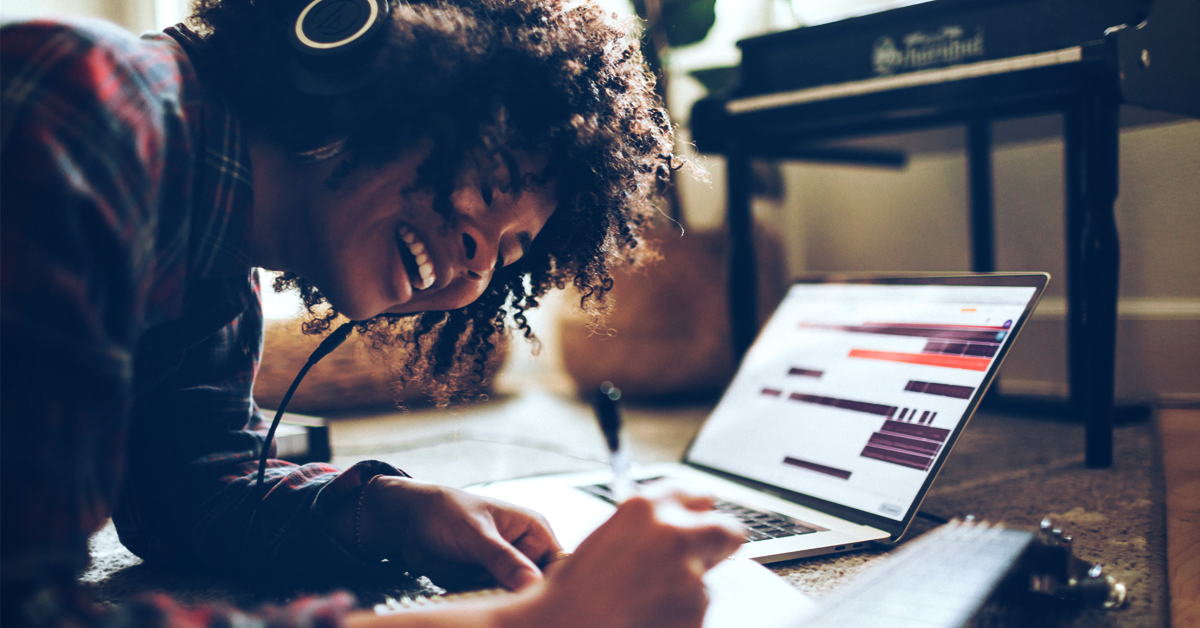 Honestly, even on our best days, sitting down and writing a song can feel like grunt work when you’re not inspired.

As a working songwriter, I can’t tell you how many times I’ve been asked how I come up with new ideas or bring high-quality work to the table when I just wasn’t feeling it. The truth is, it is always tricky. But at the end of the day, in any other industry you’d still have to go into work even if you didn’t feel like it. And it’s wise to treat your songwriting the same way.

If you plan to give songwriting or music in general a full-time place in your life, demotivation is bound to happen at some point or another. You might as well start preparing now, if you haven’t already, with tactics to combat that sense of “ugggh” with fun challenges to reinvigorate your creativity.

So before you default to that infamous myth of “Writer’s Block” as an excuse to skip your routine writing, here are some challenges to keep you motivated to write, and help you burst through that blockade before it ever gets raised.

This first one can be both fun and very, very weird. Head over to the Billboard Hot 100 chart, and just start scanning the titles for some intriguing words and phrases that pop out. Go ahead and pick at least five of them. For example:

Now that you’ve got your five titles picked, start meshing them together to form new combinations. It might look something like this:

Of course, some (if not most) of these ideas might end up a little nonsensical. The point of the challenge is to get you thinking out of your comfort zone and letting your brain wander out of the box of common sense. Start writing out some of these songs and see if those titles provoke something special; if not, let it go!

Who knows? You might come up with something really rad. And if it means searching the Billboard charts for hours to pair unusual phrases together, at least you’ll be collecting new ideas subconsciously.

This challenge is one of my absolute favorites, and it’s fairly simple to do too.

All you have to do is pick a character you love from television, film, or a novel. That could be Eleven from “Stranger Things,” or Chuck Bass from 2007’s “Gossip Girl,” or Franny Glass from Salinger’s 1961 Franny and Zooey; the choice is yours.

You’re going to want to pick someone you’re fairly familiar with in order to put yourself in their shoes for a while. The object of this challenge is to get you writing from the perspective of someone other than yourself—I mean, unless you are a famously rich bad boy—but even if you are one, you should probably choose another character.

Using this character’s… um, characterizations, write a song in their voice and from their point of view, asking yourself key questions such as:

Playing with all these new directions will help you come up with something dramatic you may have never thought you could write before, while also testing your awareness and attention to detail in your writing. Turn it into a game if you have to; your writing muscles will thank you.

If you asked me a couple months ago (or before this pandemic started) what Tik Tok was all about, I’d tell you it was a bunch of young people doing younger people things, like dancing around in their bathrooms and referencing jokes nobody has ever heard about.

Well, that’s all changed now! Since almost everyone has decided to join the platform, Tik Tok has become a powerful, if not hysterical, platform that brings joy and often makes the clock tick past much quicker. Not to mention it’s where all the latest trends are happening, with new dances and popular songs shining to the top.

They’re usually fairly simple, and lyric oriented, so it’s a good idea to pay close attention and see what moves and lyrics young people tend to gravitate towards.This is where the fun comes in.

The Tik Tok songwriting challenge is all about writing a song you think would be able to start a new viral dance trend. Make it fun and exciting, dark, or... dare I say sexy?

Sit down and actually write a song to complete this challenge. Bonus points if you create the dance while you’re writing. Not only will you be having fun as you do it, you might actually strike gold.

Here is one of the most tried and true challenges I’ve ever utilized. As a songwriter involved in sessions almost every day, it’s also an invaluable skill to learn how to wield.

The “little birdy challenge” comes from the phrase “A little bird told me,” in which you are writing about something you’ve heard but haven’t necessarily experienced—like news and eavesdropped gossip wrapped up together.

Listen to the other writers in the room, what are they talking about? Listen to the news, read a book, watch television, overhear other people’s conversations in a café. See and feel the emotions and experiences of others and what you can collect from it. And then try to write it to the best of your ability.

This is a handy tactic which many successful songwriters rely on; including Tim McGraw, whose “Can’t Be Really Gone,” was, according to songwriter Gary Burr, inspired by a tragic story in the newspaper.

This challenge may even lead to this becoming a regular part of your songwriting practice, like it has mine.

Every morning for 30 straight days, wake up, set a timer for two minutes, grab a journal, and write. Write about what you dreamt about, or the first thing that comes to your mind, or the last thing on your mind the night before. Whether it seems stupid or pointless, just write what’s going through your head.

After you’re done, read back your paragraphs and choose one thing to write a song about. Even if there’s only one interesting word out of the entire thing you write, just pick something. Then write for two more minutes on that something. Now choose anything that inspires you from those writings.

Once you’ve finished with that, you’re ready to write a new song. But don’t rush into it, let those words and ideas marinate in your mind a little bit, and come back to it later.

Challenge yourself to do this for 30 days and you’ll have a completely new perspective on creating ideas in your song’s and finding inspiration where you least expected to find it. Plus, you’ll have thirty new songs. Not bad for a month’s work, huh?

Trying out each of these challenges to see which ones fit well with your creative muscles will no doubt give you fun and fruitful opportunities to push yourself into writing things you’d never thought you could before.

Not only that, but it’ll help you to continue writing, even when the pen feels like your worst enemy.

These challenges have all become part of my regular songwriting toolbox over time, so I can still say I use one of them almost daily—especially when I’m writing alone. I hope they’ll be able to help you too.

Let us know in the comments below if you try any of these challenges, and how they worked out for you! And if you have any other great challenges that we’ve missed, let us know, we’d love to hear from you!

Learn more: Composition: finding a workflow that works for you

Sammy Hakim is an up and coming young songwriter based in Los Angeles.

In May 2018 she graduated from Berklee College of Music with a Major in songwriting and a focus in music business. These days she spends most of her time in songwriting sessions with artists all over the country.

Posted by Bob Larro
Any idea to help a songwriter create is helpful. I've been reading Springsteen's book "Born To Run." His songwriting ideas came from his life experience, family, friends and life in general. His was a tough journey and his songs tell his story. I believe songwriters should tell their story. I like to brainstorm...So you got an idea...write down words and phrases that fit the idea. Pull things you like, create and rewrite, rewrite and when you think you got it rewrite again. The only road to creating a song worth listening to and playing. BTW...You can get lucky and hit it right from the get go but that rarely happens.

Posted by Angelo M.
I love writing from a Dream that touches me. For days I had a dream of the perfect woman for me! Tan skin...could sing &amp; dance - yet humble as pie. She could run -walk-jog she was everything beautiful sweet and gentle &amp; humble - This dream lasted 2 to 3 days. Then! On the 4th day we argued and broke up. When I wok.e up I fealt hurt like...really hurt. ***So now I can take these dream parts and do my best to create a chorus first - then the rest of my song. Your advice to search out things in the least thought-out places has a push on me to observe and create especially when Word Block kicks in! Gracias/Thank You Sooo much! Sincerely Angelo aka Uniquetouch!