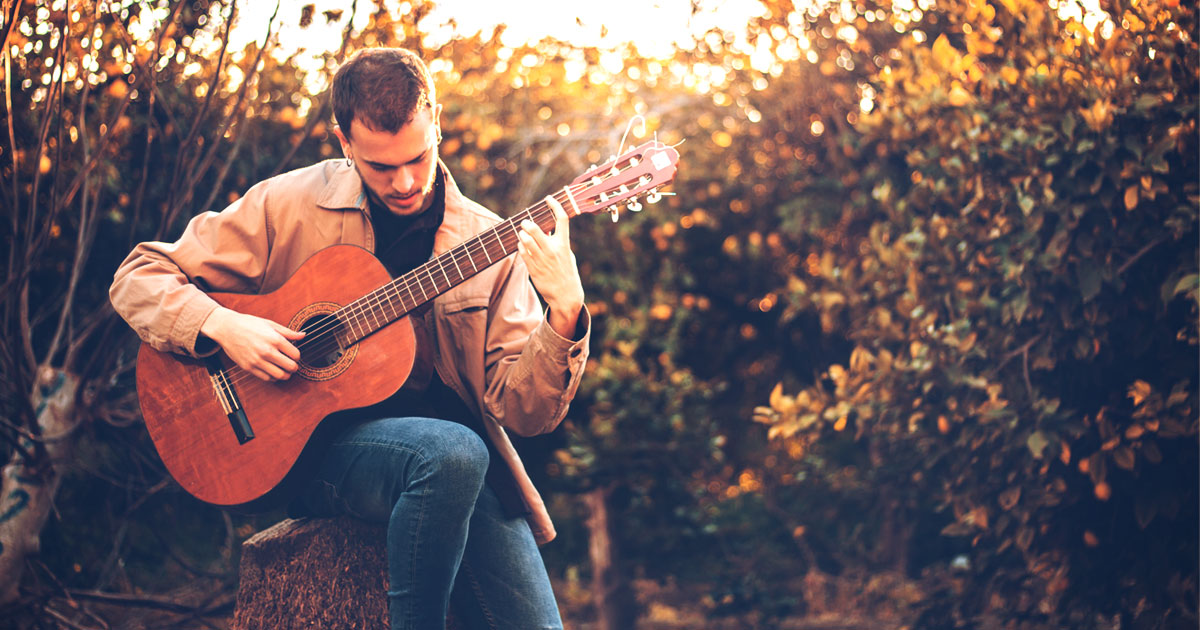 One of the natural tendencies I often see with songwriters is to lean on standardized rhyme schemes. What does that mean exactly?

Well, it means that the rhymes fall on the same words of the same sets of phrases in every lyrical stanza. And that’s just, kind of, boring.

Rhyming can have many great functions in a song; it provides pneumonic catchiness, and an easily followable sense of pattern, and it can be a fun challenge to find just the right rhyme to fit both a sonic and verbal context. However, rhyming can also be done sparingly.

And sometimes less is more. Rhyming too many of your lines can often be dangerous—and it might make your song cringy and cliché. In order to avoid falling into the unfortunate traps of rhyming, I want to offer four creative tips for writing great lyrics that rhyme (but not too much!).

Some of the most common rhyme schemes include AABB (“Superstition” by Stevie Wonder), AAAA (“Yesterday” by The Beatles), ABAB (“Stuck in the Middle With You” by Stealers Wheel).

While many classic songs do use perfect rhyme schemes, you should never force it too much. If your song has too much rhyming going on without absolutely necessary, it might sound deliberate and uncreative. It might also restrict you as the songwriter to stick to the scheme, and not explore the subject and perspective you’re attempting to write about.

A rhyme works only as well as its relation to the topic. If you’re writing a song about being free, don’t force a line like: “And here I am standing like a tree.” Get my drift? Sometimes, the song has to have a rhyme scheme like AABX, and that is okay! The “X” is used to demarcate a line that does not rhyme, or one that breaks the scheme.

Irregular rhyme schemes are important and sometimes necessary. Good songwriters know how to establish rhyme schemes, and also when to demolish them. Let’s take a look at “Superstition” by Stevie Wonder.

Wonder establishes an ABAB rhyme scheme in the first four lines, but in the fifth and seventh lines, he breaks the scheme (or at least breaks the listener’s expectation). Throw some “X’s” here and there in your song to create an element of surprise for your listeners—and yourself, alike.

Creating perfect rhymes can certainly be a fun exercise, but it might not always result in the best outcome for your song. There’s only so many words that perfectly rhyme with other words, so you run the risk of your song sounding too familiar to someone else’s, or in the worst case, unconscious plagiarism.

That’s where imperfect rhymes come in. Unlike perfect rhymes, imperfect rhymes do not have to have the exact same vowel sound, nor have the stress on the same syllable. “Free” and “tree” rhyme perfectly; but “free” and “believe” do not. And yet, in the context of a song and depending on the melody and message of a song, these words could certainly give the sense that they rhyme.

One of the things that shows the craft of a lyricist is the ability to make unlikely word pairings make sense in a song. This happens most frequently these days in hip-hop, but if you look hard enough, you’ll find it everywhere.

3. Use rhymes at unexpected… times.

We’ve established before that rhymes can be useful in making your song memorable and catchy, but that they can also make your song sound too cliché if you’re not careful. So another technique you might want to consider is to rhyme in unexpected places.

For example, most of the time, rhymes are used to create a sense of finality or resolution in a song. But they can be used in other ways too; such as, by crafting internal rhymes. A great example exists in “Whenever I Say Your Name” by Sting and Mary J Blige.

Let’s take a look at the lyrics.

Whenever I say your name, whenever I call to mind your face.
Whatever bread's in my mouth, whatever the sweetest wine that I taste.
Whenever your memory feeds my soul, whatever got broken becomes whole.
Whenever I'm filled with doubts that we will be together.

In this verse, the first two lines rhyme together. Then we get to lines 3 and 4, which seem to have no relation whatsoever. What’s so crafty about this verse is the internal rhyme within the lines. Take a look at the first parts of lines 2 and 4, the words “mouth” and “doubt” rhyme and serve the same function in their respective lines.

At first, this might not seem like a true rhyme, but upon closer inspection, you’ll notice how these words are strategically placed. Sting’s trick on line 4 is that by placing “doubt,” he makes the listener expect a big rhyme at the end of the line. He creates anticipation, but that rhyme never arrives and the song actually moves to a different direction.

The lyrics to the first verse are as follows:

The first thing you’ll notice is that lines 1 and 2 start out the same, but that’s pretty much it. Can you spot any line-ending words that rhyme? I can’t. It would seem like the verses have no conceivable rhyming scheme—but then, let’s skip forward to the second verse:

Now I'm towing my car,
There's a hole in the roof,
My possessions are causing me suspicion,
But there's no proof.
In the paper today,
Tales of war and of waste,
But you turn right over to the TV page.

Cleverly, the construction of lines 1 and 2 follows the same model, with “towing” and “hole in” offering some rhyming resolution—but it opens up more as we continue. Lines 2 and 4 clearly end on a perfect rhyme, and lines 5, 6, and 7 all somewhat imperfectly rhyme. There’s absolutely nothing predictable about the lyrics in this song, and yet it’s one of the most famous ballads of the mid-late ‘80s.

A great songwriter will surprise and guide the listener as they are listening to the song.

4. Use rhymes to drive the motion in your song.

By this point, you may have noticed how rhyme drives the motion in the song. But, overdoing a rhyme can also make the listener’s experience a little dull.

A car will feel fast if you mostly drive slower in the city, and only speed up occasionally on the highway. But if you’ve been driving in an empty desert for six hours, you probably won’t notice how fast you’ve been going.

Similarly, if you’re going with a perfect AABBCCDDEEFF rhyme scheme, after a while your listener will probably feel numb, and gradually lose interest. So, a great way to keep their interest in a song is to stop the motion, or at least slow it down a bit. By placing “X” verses after rhyming lines, it is possible to switch these gears up.

Returning back to Stevie Wonder’s “Superstition,” notice how the “X” lines are all placed in the second half of the verse. He sets up the expectation of a rhyme scheme and then breaks it. Had Wonder simply continued his ABAB scheme in lines 5 through 8, it might not have been as exciting a song as it is today.

Rhyming is one of the more fun aspects of lyric writing, don’t get me wrong, but overdoing it will spoil the listener’s experience of discovering your song and pulling it apart—especially if they already know where you’re heading before you even get there.

Some people like to keep dictionaries handy, and flip through them when they need inspiration. This works! But in addition, you should always be listening to master lyricists and inspiring songs to glean creative applications of your craft. Then, you can apply the techniques that you like and write your songs in the best way that works for you.

Alper Tuzcu is a composer, guitarist, and a producer. His newest EP “Imagina” was released by Palma Records in May 2020, and inspired by the music of different cultures. An alumni of Berklee College of Music, he’s also a touring musician and educator. Check out his music on Spotify.