3 types of song forms and their main uses 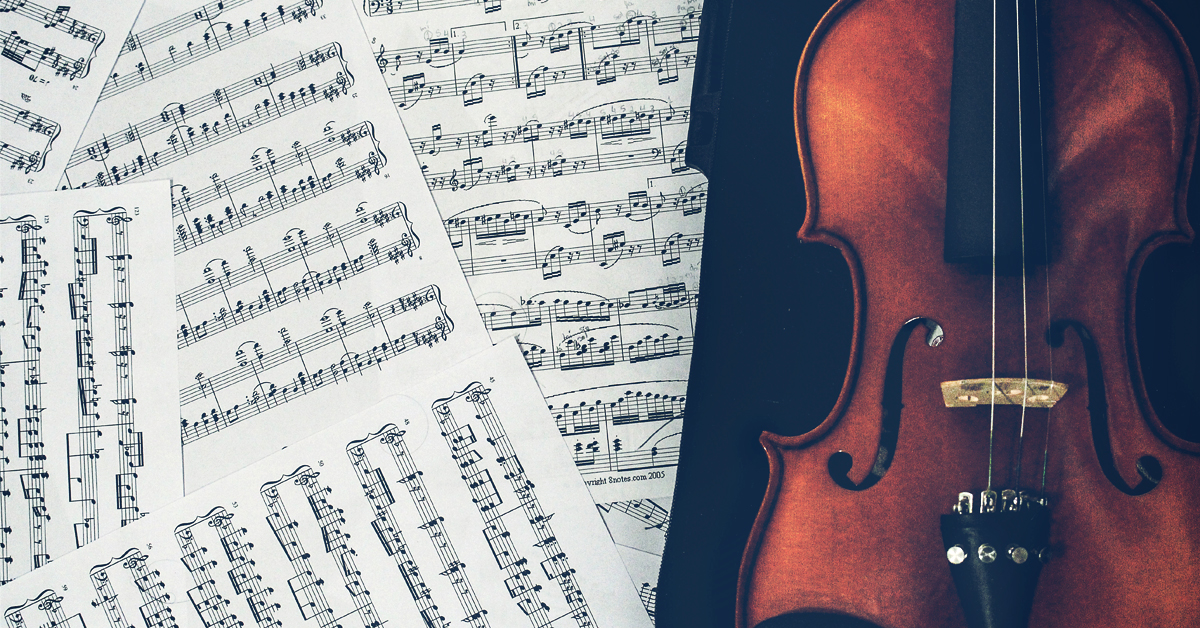 Melody, harmony, lyrics — these are the essential components of writing any song. But when it comes to writing a great song, having a clear structure to present your musical ideas in an organized overall manner can be equally essential. Song form is how you tie those individual elements together to make a lasting impression on any listener.

You’ve probably already heard of the terms: “verse,” “chorus,” and “bridge.” We’re going to look at how and where they typically fit into song form, but first let’s define and identify what makes them unique. You can follow along with each song example using the Spotify playlist below.

[*I’ve added a few more songs to the playlist so you can challenge yourself to identify the forms of each; good luck!]

The verse is usually the first vocal section that appears in a song after an intro has been established. The verse is where the song’s story arc is introduced. The verse also serves to set up the emotional backdrop of the song, so it is important to write a first verse that grabs the listener's attention right away.

As an example, let’s take a listen to the first verse of Charlie Puth’s “Attention.”

The lyrics throw us right in the middle of a story. We beg to learn more, and that’s why what comes next is so highly anticipated.

Often referred to as the “hook,” the chorus is often the catchiest and most memorable part of the song. Thematically, the chorus is supposed to reinforce the central idea of the song, loud and clear. It is the punchline of the story and the most important part from a musical standpoint.

Let’s keep using “Attention,” as we move into its chorus lyrics. The lyrics here are more succinct, every line has a rhyming partner, and the syllables flow very clearly with the music.

As an optional section, a pre-chorus will usually appear in between a verse and a chorus. Its primary function is to create a transition between the verse and chorus, so in a way, it is a section where the story being told is either in need of a break or further development.

A pre-chorus doesn’t have to abide by the same rules as other sections of the song—it can be shorter, feature new rhythms, and introduce new melodies, so long as it organically feed into the chorus.

Returning once again to “Attention,” notice how Puth uses a few extra lines to color his story before leading us to those big confident lines in his chorus.

“I know that dress is karma, perfume regret,
You got me thinking 'bout when you were mine,
And now I'm all up on ya, what you expect?
But you're not coming home with me tonight.”

While the verse, pre-chorus, and chorus tend to work as a trident unit, the bridge is predominantly used as a contrast to the rest of the song. Lyrically speaking, a bridge might serve to present a new side of the story or show a revelation of some kind within the song.

In a break-up song for example, your verse, pre-chorus, and chorus might paint the picture of what happened and exemplify your emotional reaction. But the bridge can be used to show that you’re moving on, starting a new life, or even rethinking those feelings. The important thing to convey is contrast.

In Justin Timberlake’s “Señorita,” the lyrics tell the story of a girl whose boyfriend mistreats her. In the bridge, he offers a solution to her problem by bringing up the possibility of them being together instead.

“When I look into your eyes,
I see something that money can’t buy,
And I know if you give us a try,
I’ll work hard for you girl,
And no longer will you ever have to cry.”

Now, let's look at the three most common types of song forms, and how and where they are typically used.

When it comes to popular music, songs written in Verse – Pre-chorus – Chorus format have occupied and dominated the charts consistently since the 1950s. A lot of the top 40 songs that we hear today are still based on this form.

The reason this form has gained so much traction is that it is fundamentally designed to maximize the potential of both of songwriting’s main missions: to tell a great story and to tell it in a way that the most amount of people remember it.

The verse is responsible primarily for moving your story forward and creating context. They can be however long or short you need them to be. Your chorus does not move the story forward, but it is responsible for repeating the main themes and lyrics of your song to help people remember it. The role of the pre-chorus, therefore, is to ready the listener for the chorus to come and build the anticipation of it (whether lyrically or musically or ideally, both).

Every now and then, pop songs will make use of a bridge in order to change the flavor a bit and offer some depth. Since almost all of pop music today is electronic, and such a huge percentage relies on dance beats and uptempo energy, a lot of songs are constructed using loops and repetition at base. Often by the time the second chorus comes around, we’re already bored of the music; bridges help to soothe that fatigue and reinvigorate us.

This song form is very flexible, and can of course include other elements, such as: introductions, solos, outros, beat drops, refrains, post-choruses, etc.

Here is a form that traditionally originated in folk music, but has crossed over to styles like the blues and rock ‘n roll. It is an especially powerful tool for storytelling and is used to demonstrate a specific point. Refrains are repetitions of phrases or words that exist outside of the traditional chorus format.

A great example of the Verse – Refrain structure can be found in Bob Dylan’s “The Times They Are A-Changin.”

“Come gather ’round people,
Wherever you roam,
And admit that the waters around you have grown,
And accept it that soon,
You’ll be drenched to the bone,
If your time to you is worth savin’,
Then you better start swimmin’ or you’ll sink like a stone,
For the times they are a-changin’.”

Then a new verse will start and end with the recurring refrain.

Come writers and critics,
Who prophesize with your pen,
And keep your eyes wide,
The chance won’t come again,
And don’t speak too soon,
For the wheel’s still in spin,
And there’s no tellin’ who that it’s namin’,
For the loser now will be later to win,
For the times they are a-changin’.”

As you can see, at the end of every verse comes a recurring refrain. Here, and in many cases, the refrain is used to put a definitive start and end to certain ideas and motifs, and to notify the listener that although we’re moving forward, we’re doing so in cycles. It is a form that truly comes out of an oral history tradition, which is why it’s also found in post-diasporic music styles such as hip-hop, blues, and jazz.

The AABA song form originally comes from jazz, but can today be found in styles ranging from R&B to hip-hop to funk. The A section appears twice to establish, and is then followed by the B section to develop. It’s then completed with one last A section in the end.

Like all song forms, this can be altered in a number of ways, but the main way to understand AABA is to look at the A section as a kind of chorus, with the B section playing the role of a bridge. Again the crucial aspect is having one section that establishes the idea of the song, and a second that serves as contrast. The contrast can be melodic, harmonic, or lyrical, but the music should always change somehow.

We’ve looked at what I consider to be the three most common song forms in contemporary music today, but there are hundreds more out there. And you may even hear a song as written in a different form as another listener, so I highly encourage you to analyze your favorite songs and try to understand how it’s laid out from the songwriter’s perspective.

Let us know what you discover in the Comments section below.

Alper Tuzcu is a composer, guitarist, and a producer. His newest EP ‘Migrante' will be released by Palma Records on February 21, 2020, inspired from music of different cultures. An alumni of Berklee College of Music, he’s also a touring musician and educator. Check out his music on Spotify